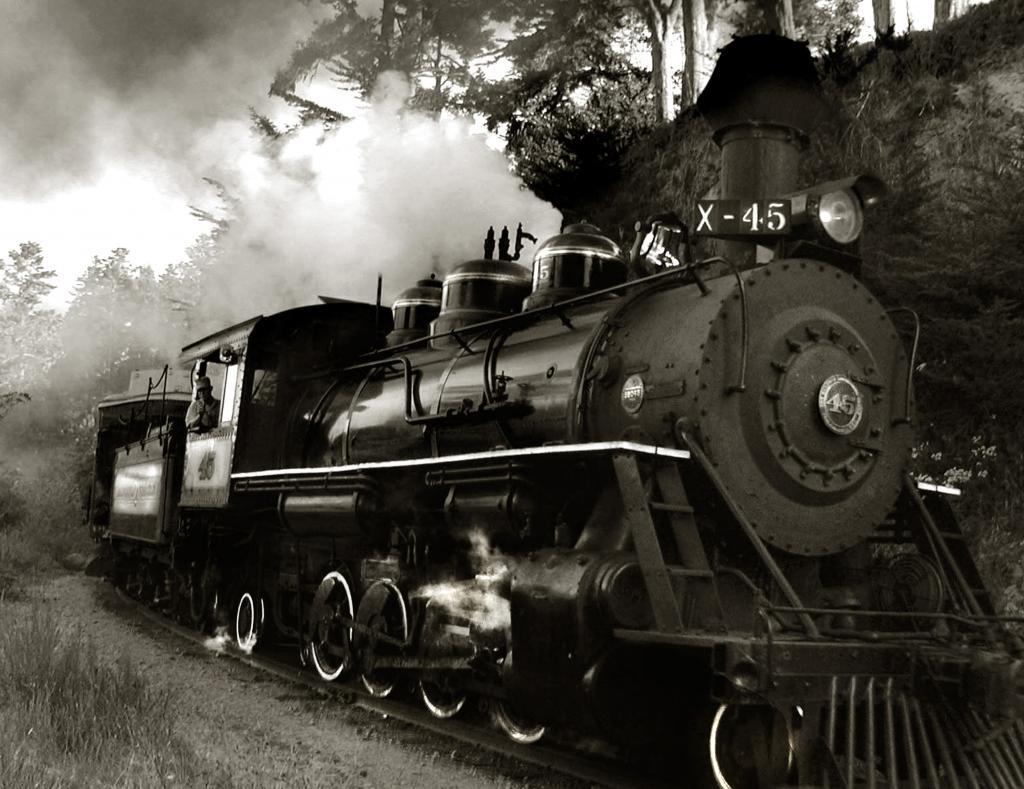 The “Father of the Blues” W.C. Handy claims he was at a train station in 1903 when he first heard the long, low sound of a knife on steel strings. According to myth, Handy hearing that slide guitar was the official birth of the blues. Makes sense. There are more 78s and 45s dedicated to stations, railways and locomotives than can ever be counted.

From the field-recorded folk song to the juke-joint shuffle, the railroad is one of the most significant symbols of early African-American music.  In gospel standards, trains mean progress.  Trains lead north. Away from the Jim Crow south.  Trains offer freedom.

On the way to heaven, the low-swinging sweet chariot was replaced by the gospel train. And that carried over from gospel to the blues.  The Midnight Special, Panama Limited, Smokestack Lightning.

But Trains were also sources of sorrow themselves. There are railroad songs about backbreaking labor. And, of course, we have the bad-man ballads about folk heroes like John Henry and Casey Jones—men broken by the power of the rails. But if there’s one thing that’s sure, it’s that railroads and ramblers go hand in hand.  It’s the train that carries you from your baby, and takes her away from you.

C.C. Rider, who spends her life venerating the founding fathers of the blues. She’s walked the crooked highways of this singing country to resurrect the voices of the past. With the dirt of the Delta on her hands, she sleeps in the shadow of the giants on whose shoulders popular music now stands.