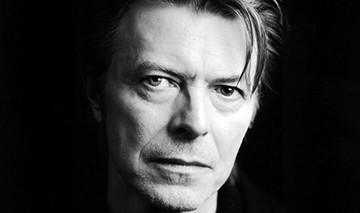 Ever-evolving, forward-thinking David Bowie, died on Sunday, January 10th, just two days after his 69th birthday. His death from throat cancer was confirmed by his publicist, Steve Martin, as well as his son, Duncan Jones.

“David Bowie died peacefully today, surrounded by his family after a courageous 18 month battle with cancer. While many of you will share in this loss, we ask that you respect the family’s privacy during their time of grief,” said a statement posted on his official social media accounts including Facebook and Twitter.

Bowie, born David Robert Jones, on January 8th, 1947 in South London was an international driving force and inspiration to millions in areas of music, theater, fashion and film. Interested in music and dance from a very young age, his course was set at the age of 9 when he heard recordings of Elvis Presley, Little Richard and Fats Domino.

He formed his first band at the age of 15 and his first recording, “Liza Jane” was credited to Davie Jones and The King Bees, whose repertoire was predominantly covers of Howlin’ Wolf and Willie Dixon songs.  More skiffle bands followed as the young sax player, and singer tried desperately to find his niche.

Bowie began paving his way in the music scene inventing characters to go along with the music he was creating. Major Tom, Ziggy Stardust, The Thin White Duke, The Man Who Fell to Earth and more were at the forefront of his continuously changing presentation of himself. Bowie was a front runner and trendsetter, not only in Rock & Roll but in the genres of punk, glam, pop, jazz, funk and what he, himself, described as “Plastic Soul”.

Influenced by other avant-garde artists around him, he emulated and collaborated with performers such as Lou Reed, Iggy Pop, John Lennon, Queen and Stevie Ray Vaughan, all the while maintaining his trademark androgyny.

He generated hit after hit from his eponymous second album (also released as Space Oddity) in 1969, through Hunky Dory, and on to The Rise and Fall of Ziggy Stardust and the Spiders from Mars. Stellar game-changing efforts continued with Diamond Dogs, Young Americans, Scary Monsters (and Super Creeps), and Let’s Dance. Bowie carried on with his trailblazing success, right up to his self-actualizing final release, Blackstar, released on his birthday. The album contained the song “Lazarus,” which many feel is a cryptic final farewell in typical Bowie fashion with its opening line, “Look up here, I’m in heaven”.  Lazarus is also the title of the Off-Broadway musical upon which Bowie recently collaborated.

Bowie had two singles go to the number 1 slot on the Billboard charts; “Fame” in 1975 and “Let’s Dance” in 1983. On the British charts, he had a total of five singles and nine albums go to the number 1 position.  He was the recipient of 2 Grammy Awards, a Grammy Lifetime Achievement Award, and 3 BRIT Awards. In 1996, he was inducted into the Rock and Roll Hall of Fame, but twice declined Order of Chivalry Awards from the British Empire; a Commander of the Order of the British Empire (CBE) in 2000 and a Knighthood in 2003. All told, Bowie released 28 albums, appeared in 22 films (including his role as the Goblin King in Labyrinth, which introduced him to generations of new fans) and influenced artists ranging from Marilyn Manson to Madonna and from The Cure to U2.

Indisputably one of the most gifted artists of all time, David Bowie left the world a better place by his presence in it.  In his words, “I don’t know where I’m going from here, but I promise it won’t be boring.”  That, we can believe.