The Eagles' Glenn Frey Is Dead at 67 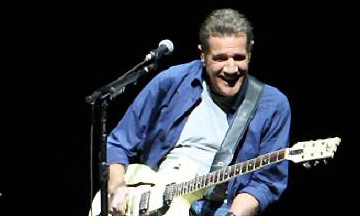 A message posted on the band’s website reads in part:

“It Is With The Heaviest of Hearts That We Announce …

Glenn fought a courageous battle for the past several weeks but, sadly, succumbed to complications from Rheumatoid Arthritis, Acute Ulcerative Colitis and Pneumonia.

The Frey family would like to thank everyone who joined Glenn to fight this fight and hoped and prayed for his recovery.

Words can neither describe our sorrow, nor our love and respect for all that he has given to us, his family, the music community & millions of fans worldwide.”

The Eagles have sold over 150 million records, had six number one albums, and five number-one singles. They have earned six Grammy Awards, and five American Music Awards. The Eagles were inducted into the Rock and Roll Hall of Fame in 1998. All seven Eagles members (Frey, Henley, Felder, Walsh, Schmit, Leadon, and Meisner) played “Take It Easy” and “Hotel California” together.  The group disbanded in 1980, and have toured together off and on since their 1994 Hell Freezes Over tour. They issued a live album, Hell Freezes Over the same year. Long Road Out of Eden was released in October, 2007.