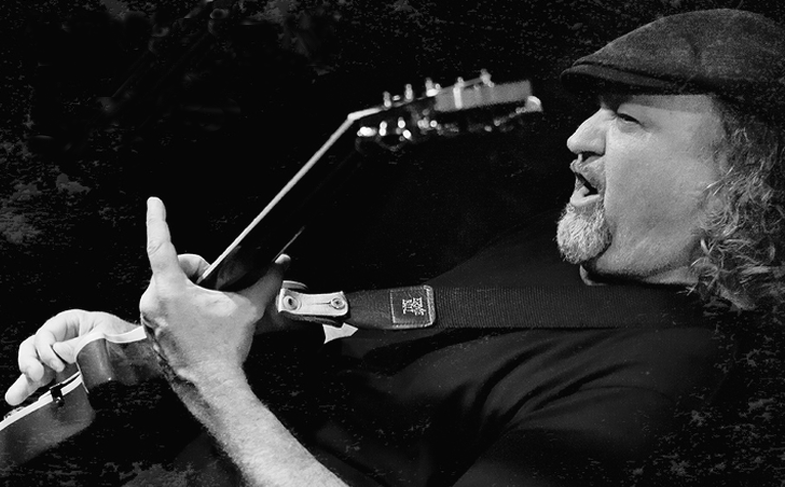 Atlanta born Blues Rock artist, Tinsley Ellis was inspired to become a guitarist when he attended a live performance by BB King in the early 1970s.  Since then, he has become one of the hardest working slingers in the business, releasing 18 albums, touring 4 continents and thrilling tens of thousands of fans.

Like many of the other greats, he never forgot where he came from and takes us all there with the new release on his own Heartfixer Music label, Red Clay Soul. “Georgia is where the Blues has got Soul,” says Ellis.  “From the Gospel inspired Ray Charles, to the R&B of James Brown and Otis Redding, to the Rock and Roll of Little Richard to the Blues Rock of The Allman Brothers Band, all these acts have one thing in common.  They all have the sound of Georgia, and down here we call that sound red clay soul.”

Hot on the heels of his award winning Tough Love, all 10 tracks on Red Clay Soul are original compositions; however you can hear some of his earliest influences straight out of the gate.  The opening track is a self loving piece titled, “All I Think About”.  In true Southern Blues style, Ellis is able to lyrically provide a laundry list of his best attributes without sounding vain or narcissistic.  In fact, we get a sense from the words that the story teller is, himself, his only friend.  Meanwhile, the wailing guitar is reminiscent of Freddie King and the pounding piano and organ, both provided by Kevin McKendree are pure Southern boogie.

McKendree, playing organs, pianos and guitar throughout, has appeared on every Ellis project for over 10 years.  On this release he also co-produced, recorded and mixed every track, live, at his Rock House studio outside Nashville, Tennessee.

The sweet guitar on “Givin’ You Up”, is by former band mate, Oliver Wood, who returns to play on this track that he co-wrote with Ellis a decade ago.  He also provides vocals on this particular song.  It brings to mind Delbert McClinton but is also a harmonious jam song.  The type of extended ditty that the Allman Brothers and Gov’t Mule are famous for, with Ellis playing a nice, tight harmonica solo midway. Thankfully, they kept the dual guitar jam in place, making this the longest track on the album and a sure show-stopper.

“Hungry Woman Blues” is nothing if not an absolute Soul ballad in the most grand, traditional style.  Another favorite track is “Circuit Rider” with its funky, shuffling groove. As a matter of fact, we think the producers of the new AMC Network series, Preacher, should seriously consider it for the soundtrack.

After decades of traveling the world, Ellis’ lyrics are hard learned lessons told with road weary wisdom.  “Party of One” is a prime example, that evokes the all too familiar emotion of laughing through tears.  The concordant final track, “The Bottle, The Book or The Gun” is a genius thesis on addictions, challenges, and ultimate decisions.

Ellis’ voice has that ragged, worn sound that one only acquires from a great many years singing in loud clubs over the top of noisy crowds. Quite simply, it fits him and this album like a glove. Lynn Williams on drums and Steve Mackey on bass furnish a solid and well matched foundation for Ellis’ blistering guitar.

Inspired by and working with some of the best in the business, Tinsley Ellis has successfully brought it all home in his 19th career release.  This album is destined to be played and talked about for years to come.