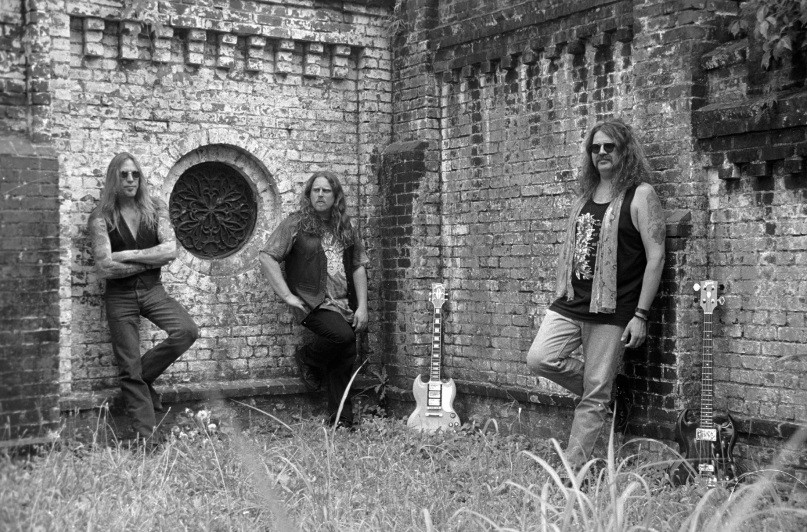 As they prepare for yet another extensive tour in 2016, the hardest working jam band in the business is also on the verge of another record release. This time, Gov’t Mule is putting out an archival album, titled, The Tel-Star Sessions, recorded by the band’s original lineup of Warren Haynes, Matt Abts and the late Allen Woody.

Recorded at Tel-Star Studios in Bradenton, Florida, this is a warts and all assemblage from the band’s infancy in

1994. As Lemmy proved throughout his life, warts rock, and so do these 10 never-before-released tracks.

Mule began as a side project for guitarist/vocalist Haynes and bassist Woody to fill downtime from their duties with the Allman Brothers Band. The two shared a love for power trios including Cream, The Jimi Hendrix Experience and the James Gang, so they recruited Dickey Betts’ drummer, Abts, and formed one of their own. Their mission was to record a low budget album and play a few shows.

Becoming one of the most enduring, respected and active bands in the world was the furthest thing from their imagination. However, its now very clear that they stumbled upon something truly special.

The 10 tracks that make up this album are a mixture of early originals and covers. Legendary producer, Tom Dowd, advised them to record all the instruments simultaneously, live, in one room. They brought in sound engineer, Bud Snyder of Allman Brothers fame, and did just that. Wanting to bring back the power trio sound with its not-so-clean bass lines, they also mingled in some alternative and grunge influences that were prevalent at the time.

In true, festival jam band fashion, the majority of the tracks are in the six to seven minute range, beginning with the original track, “Blind Man in the Dark.” To say the very least, the lead off track is an ass kicker, with a powerful rhythm section sound, commanding vocals, and a just shy of overpowering lead guitar. Its also in a different key than the versions that succeeded it. The threesome’s southern rock influences come to the forefront on “Rocking Horse,” making it no surprise that it was later covered by ABB. The ghost of Hendrix appears in the opening licks of their take on the Willie Dixon classic “The Same Thing.”

The closing tracks, two versions of “World of Difference,” showcase the nasty bottom end of Woody’s bass, with the alternate version being just a bit cleaner and more cavernous. The pair are done so well, we’re glad the decision was made to include them both.

Our favorite offering from this collection is their cover of another famous trio, ZZ Top. “Just Got Paid,” one of Top’s earliest hits is done with the energy and reverence it deserves. Although Haynes’ voice is lacking Willie G’s signature growl, it is brawny, and his screaming slide work is impeccable.

The Tel-Star Sessions captures the rawness and excitement of the earliest days of Gov’t Mule. Fans have been listening to these songs for decades. Six of them were included on their eponymous debut release one year after these demos were cut. Does that take anything away from these early examples? The answer is a deafening, hell no. Long time supporters will be lining up to add this to their collections, and newcomers to their music will find it the perfect starting point.

Speaking some 22 years later, Haynes states, “I think a lot of the music we’re doing now is very similar to the music we were making in the earliest years with the obvious exception that we are no longer a trio. In some ways, we’ve come full circle and in other ways it only makes sense if you step back and connect the dots.”