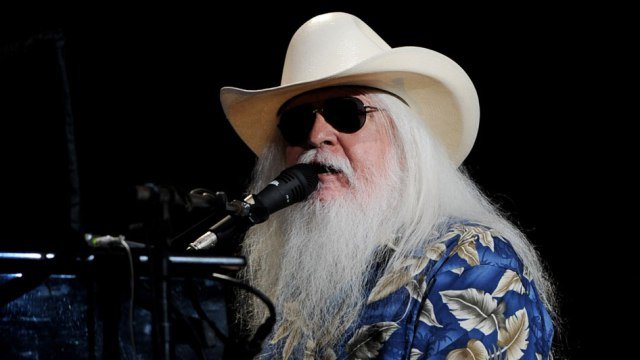 Rock and Roll Hall of Fame inductee, and Grammy winning singer-songwriter, Leon Russell, 74, is in stable

A news release from the Oklahoma Historical Society stated that his representatives are optimistic for a full recovery. Russell is currently undergoing tests and is scheduled for surgery. A notice on his website states that he is “scheduled to have surgery this week in Nashville and will be recuperating for the next several weeks. Postponed tour dates will be rescheduled at a later date.”

Russell, who  began his musical career at the age of 14, is one of the parties, along with JJ Cale and others,  responsible for the “Tulsa Sound.” He worked for many years as a first call session musician in Los Angeles before launching a solo career in the late 1960s.

He helped Freddie King revive his career in the early 1970s, and Russell’s own career was later rejuvenated through the help of Elton John in 2009. He has played and recorded with hundreds of award winning artists, and is responsible for penning such classics as “Tightrope,” “Superstar,” and “Delta Lady.”