The Death of Willie "Po’ Monkey" Seaberry May End an Era 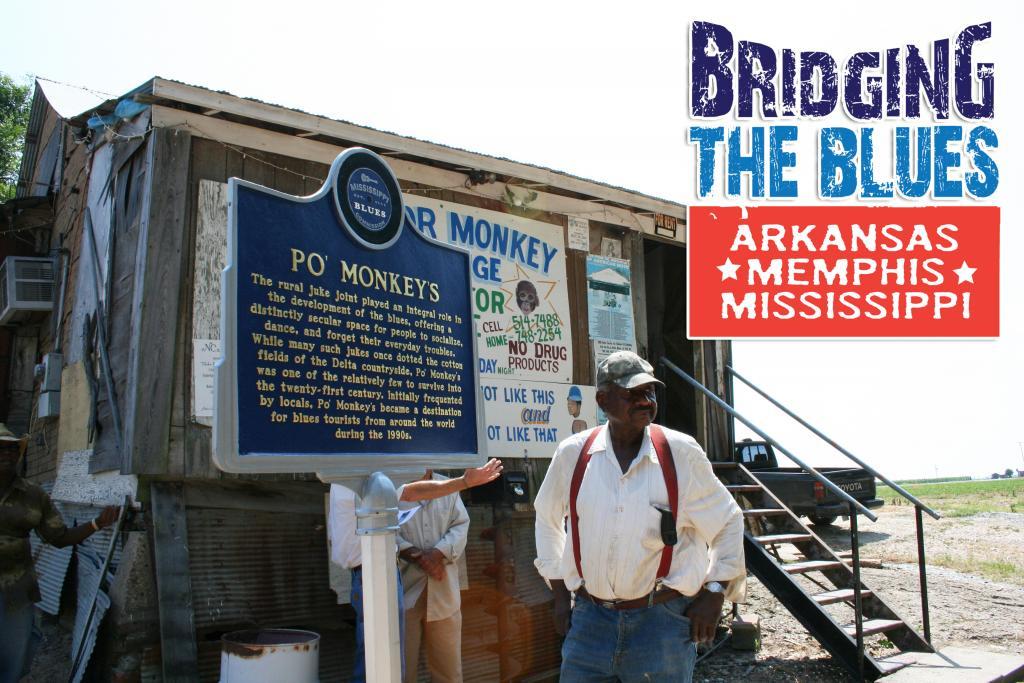 Lifelong farmer and owner of one of the last remaining juke joints in the country, Willie “Po’ Monkey” Seaberry has died at the age of 74. His namesake juke was also his home in Merigold, Mississippi, but on Thursday nights, the sharecropper’s shack would come alive with all the sights and sounds one would expect in the Delta.

The legendary Po’ Monkey’s is located off of a gravel road off of a small road that runs by a bayou off of Highway 61. Several hand painted signs outside proclaim the house rules: “No Lounld Music,” “No Beer Brought Inside,” and “No Dope Smoking,” are just a few things you need to know before entering. Actually entering is the next adventure, as you climb six feet up the precarious steps that lead to the front door. After that, you may well have to duck under the dozens of stuffed monkeys, Christmas lights and disco balls adorning the already low ceiling.

That’s all part of the charm of the place, and one of the reasons people travel from all over the globe to visit. Originally, it was frequented by local patrons since its opening in 1963, but that all changed in the 1990s. Blues fans and tourists, many drawn to the Delta to experience an authentic juke joint, began traveling to the area after photographs and articles started appearing in news outlets that included the New York Times.

Seaberry, dressed in overalls from working the Hiter family farm, which he had done for over 50 years, would change into several of the over 100 suits he claimed to own during the course of a typical party night. He explained, “If I don’t get out there acting like a clown, people think there’s something wrong with me.” Whether it was a DJ spinning dance music, or one of the more rare occasions, when a live band would play, Seaberry would be working the crowd, smiling around the stogie in his mouth, many times making rather bawdy suggestions to the patrons. Recognized as one of the most colorful personalities in the area, he may very well be sporting his fabled red, white and blue wig that flowed to the floor.

Wherever you may have seen Willie, be at on his tractor, at the club, or just out and about, he always had an infectious smile and time for a talk. He often said that “Po Monkey” was a nickname he acquired as a child and all that anyone called him. His idea to open up his home is in the grand tradition of Delta area house parties, and like many of his predecessors, he took it just one step further. He had a deep love for the blues, but not much love for the current hip-hop culture, which was one of the reasons he wouldn’t open on weekends. Its also why he had signs nailed to the outside, graphically pointing out that sideways-worn ball caps and sagging pants were not welcome. “I like all kinds of music,” he remarked, “as long as its blues.”

We’ve written about the club several times, usually revolving around its participation in the annual Bridging the Blues Festival, or the Juke Joint Festival in nearby Clarksdale. Each time we visited, Mr. Seaberry was always warm, funny, inviting and made us feel welcome and at home, in his home, Po’ Monkey’s.

In 2009, the Mississippi Blues Commission made it a stop on the Mississippi Blues Trail, acknowledging the Po’ Monkey Lounge for its integral role in the development of the blues, and its existence as one of the last remaining rural juke joints. With no “take over” plan in place, the death of Po’ Monkey, himself, may prove another step toward the end of that era.