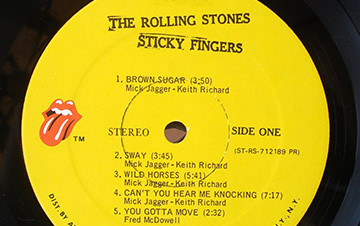 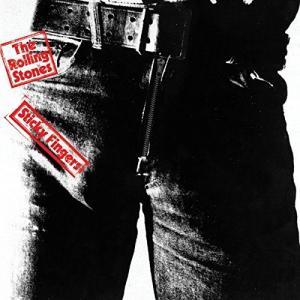 1971 was a lifetime ago for two generations of Rolling Stones fans. Older fans vividly remember the death of Brian Jones, Mick Taylor’s joining the group, and the whole debacle that was Altamont. Beginning in 1968, the Stones released a slew of albums that now stand as masterpieces of both rock, and modern blues. Beggar’s Banquet was released in 1968, and Let It Bleed was released on December 5th, 1969, the day before Altamont. Sticky Fingers followed in 1971. The sprawling Exile on Main Street would be released in 1972. There are very few acts in the history of recorded music that have matched this run in terms of quality of the performances, and staying power. Younger Rolling Stones fans look upon these four albums with awe, reverence, and a complete, unconditional respect.

Mick Taylor had contributed his slide on Let It Bleed, but he really comes into his own on Sticky Fingers. At this point, the group consisted of Mick Jagger, Keith Richards, Bill Wyman, Charlie Watts, and newb, Mick Taylor. Joining them were a number of guest players including Ry Cooder, slide guitar and Jack Nitzsche, piano on “Sister Morphine.” Piano boogie genius Nicky Hopkins plays on “Sway,” and “Can’t You Hear Me Knocking,” while fellow piano boogie master Ian Stewart plays on “Brown Sugar” and “Dead Flowers.” Billy Preston joins the fun on “Can’t You Hear Me Knocking” and “I Got the Blues.” Then there is the wonder and beauty that is Bobby Keys on saxophone.

There is a lot of reference to drug use on the album, subtly, and directly. The mood is upbeat in spots, and rather dreary in others. The music is always engaging, complex, and ultimately, satisfying. “Brown Sugar,” “Wild Horses,” and “Can’t You Hear Me Knocking” have long been held in high esteem by fans. “Sway,” “Bitch,” and “Sister Morphine” have been cult classics for decades now. Blues devotees have cuddled up with “You Gotta Move” and “I Got the Blues” for a long time as well. As for “Dead Flowers,” who doesn’t enjoy this dark country romp?

The musicianship here is so good, it’s ridiculous; almost criminal even. Whether it’s the haunting sax of Bobby Keys and Mick Taylor channeling his inner Santana on “Can’t You Hear Me Knocking,” or the mix of acoustic and electric on “Wild Horses,” we find ourselves in a constant state of wonder. With “Sister Morphine” and “Moonlight Mile” we are also emotionally engaged. “Brown Sugar,” “Bitch,” and “Dead Flowers” are just a whole lot of fun.

Perhaps the biggest reason Sticky Fingers has not only endured, but achieved almost mythic status is the overall quality of the work, and the emotional responses it entices from listeners even today. This music hasn’t lost a step, and continues to speak to the human spirit and psyche. It is as powerful today as it has ever been, and will continue to be so well into the foreseeable future.