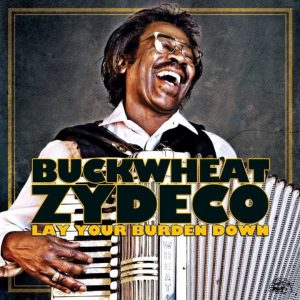 Lafayette, LA – Stanley Dural Jr., the accordionist known as Buckwheat, who founded Buckwheat Zydeco in 1979, has died of lung cancer at the age of 68. Buckwheat Zydeco brought the unique and spirited zydeco music to new fans around the globe, ensuring it would be heard and enjoyed far beyond the bayous Louisiana.

Over the course of three decades Buckwheat Zydeco performed at festivals, concerts, and other celebrations, sharing the music they so loved with friends and fans alike. For at least two generations, they are the first name that comes to mind when zydeco is mentioned. Zydeco is a blend of native Louisiana traditions including Creole music, blues, and rhythm and blues, and normally features accordion and guitar prominently.

Dural himself has played and recorded with the likes of Willie Nelson, Eric Clapton, Keith Richards, U2, and many more.  Buckwheat Zydeco performed at the closing ceremonies of the 1996 Summer Olympics, as well as at both of President Clinton’s Inaugurals.  Besides a vigorous performing schedule, Buckwheat Zydeco recorded as well, winning a Grammy Award for the 2009 Alligator Records release, Lay Your Burden Down. The album included guest performances by Trombone Shorty, Sonny Landreth, Warren Haynes, and JJ Grey. Buckwheat also won an Emmy for his music in the CBS Television movie, Pistol Pete: The Life And Times Of Pete Maravich.

Stanley Dural, Jr. was born in Lafayette, Louisiana, November 14, 1947. His father was a farmer who was known for his Creole flavored accordion playing. As a young man, he became quite accomplished on the organ and had backed Clarence “Gatemouth” Brown, Joe Tex, and a host of others. In the early ’70s he had founded and played in the funk oriented Buckwheat & the Hitchhikers, who had a successful single, “It’s Hard To Get.”

After five years, he began playing with Clifton Chenier, one of zydeco’s star performers. He enjoyed the zydeco music immensely, and later learned and began playing the accordion. He founded his own band, Buckwheat Zydeco, in 1979. Their premiere album release, One for the Road earned them a Grammy Award nomination. They would go on to earn additional Grammy Award nominations for Turning Point in 1983, Waitin’ For My Ya Ya in 1985, and later for On a Night Like This.

Dural had said, “Life is a tour, and it’s all about how you decide to get where you’re going… I don’t want to ignore the bad things in life, but I want to emphasize the good things.” A fundraising campaign to help with medical and other expenses has been initiated by his daughter, Tomorrow Dural.