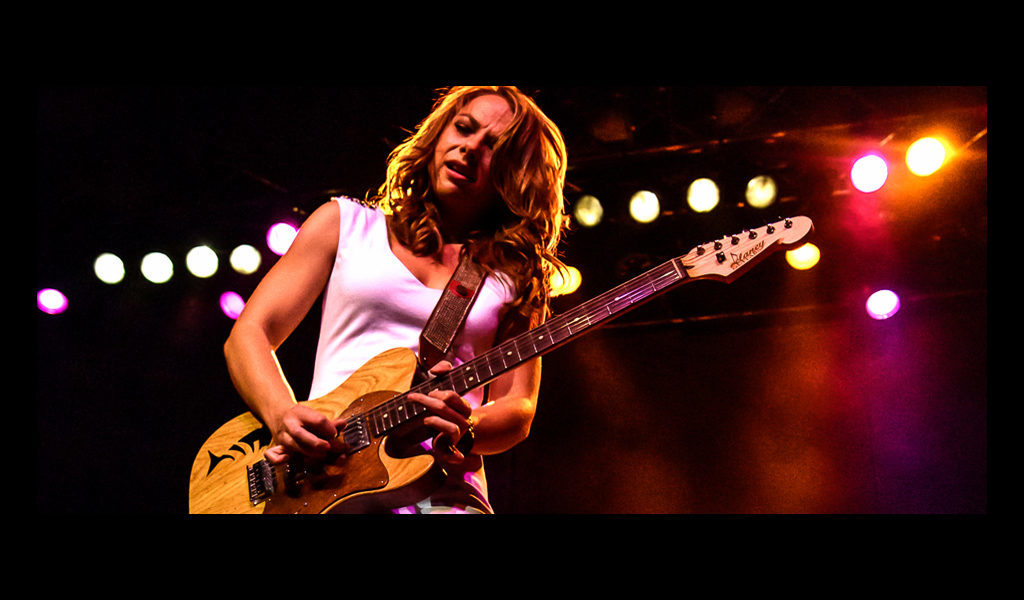 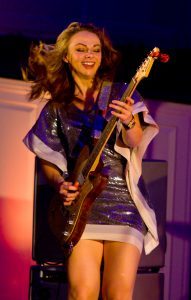 There are few real escapes from reality for the average person. One of those is going to see one of your favorite bands.  On November tenth, I returned to the Bull Run Restaurant in Shirley, Massachusetts for the first time in a couple of months to catch the talented Samantha Fish, who once again put on one hell of a show.

Her current tour is billed as the Juke Joint Tour featuring special guest Lightnin’ Malcolm.  Malcolm provided the music as the opening act playing a handful of tunes from Foot Soldier, released back on the fifteenth of April this year.  Malcolm entertained the audience for roughly thirty to forty-five minutes before Fish, and her band took the stage to the fan’s thunderous applause.

Fish and company kicked off the evening with the hard rockin’ “Turn It Up,” one of the tracks off of her latest album, Wild Heart.  Her fans were immediately energized and digging her brand of blues.  Continuing with songs from Wild Heart, the band launched into “Blame It On The Moon.” Using the other of her Delaney custom guitars, this is a more mellow number but still delivers the goods that Fish and company continue to give fans, show after show.  Nearing the end of “Blame It On The Moon,” Fish unleashed a solo that sent shivers up and down the audience’s spine. It was thrilling indeed!

Slipping back into a more rocking mood, drummer Go-Go Ray, who was on fire all night, made no exception in “Gone For Good.”   Along with bassist Christopher Alexander, who gave the crowd some groovy riffs, they were holding down a serious beat.  “Gone For Good” has become one of the band’s signature pieces and a fan favorite at the Bull Run. Fish picked up an acoustic around the halfway mark of the evening and played a moving rendition of the Charlie Patton classic, “Jim Lee Blues Pt. 1.”  “Jim Lee” provided a nice variety of old school blues that always wins fans over.

It was now time to call the guitar master himself, Lightnin’ Malcolm, back up on stage to join the band for a few. They hearkened back to the earlier days with “Miles To Go.”  Without a doubt, this was the song that stole the evening! With Go-Go giving the drums a beat down, Christopher Alexander ripping it up on bass, Fish and Lightnin’ Malcolm delivered the final blow with a hair-raising performance that will have people talking for months to come.

The band jammed the Screamin’ Jay Hawkins classic, “ I Put A Spell On You.,” and in a tribute that would have Hawkins himself tipping his hat to the band, “Bitch On The Run” the evening’s festivities.  With it’s unmistakable, intro, this number grabbed the audience from the beginning and held them.  As the show came to a close and the lights went up, one could see that the full capacity crowd was exhausted, but thrilled.

There is a reason why this show had sold out six weeks prior. Fish and her bandmates didn’t half-step, even for a moment. They brought it with everything that they had. That is why they continue to excite audiences wherever they perform. Haven’t seen Samantha Fish live? What are you waiting for?