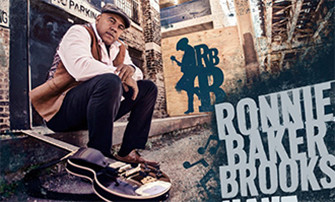 Second generation Chicago bluesman, Ronnie Baker Brooks, will be releasing his first album in ten years on January 20th, 2017. Produced by Steve Jordan and entitled, Times Have Changed, this is a collection of 11 tracks that mix the Windy City guitarist’s years of playing with R&B and soul royalty from Memphis.

This is the world premiere of the song, “Long Story Short,” which is an instant gratification track when pre-ordering, Times Have Changed, on CD, vinyl, or digital download.