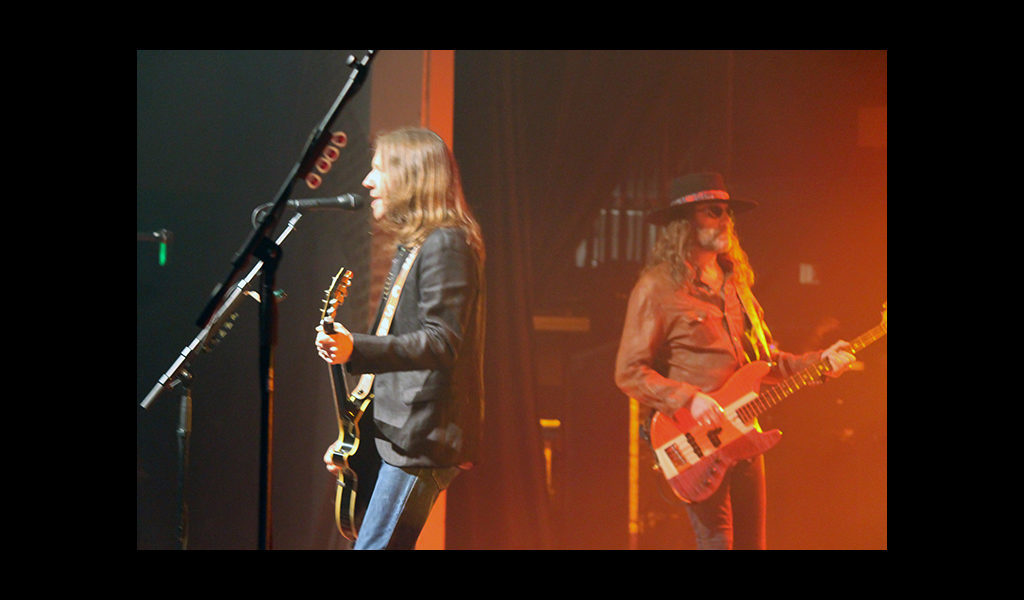 Lynyrd Skynyrd fans were lined up like refugees in a long “L” shaped line that snaked around the Horseshoe Casino in Tunica, Mississippi. Some had been turned away from the sold-out Blackberry Smoke show. Towards the end of the line, I walked into the Men’s room where ashtrays hung over the urinals amidst the fake marble and gold, and 38 special was playing on the bathroom speakers.

The band in the casino lounge across from the Bluesville venue played classic rock covers of Bon Jovi, AC/DC, and Motley Crue songs. I sat talking with my banjo-picking buddy, Spike Brown, about Southern rock and how Blackberry Smoke is one of the last groups keeping the genre alive.

“A lot of Skynyrd songs, people say, ‘that’s a real classic Southern rock sound,’ but they were the first ones to do it. Nobody played like that before them,” Spike explained. Like about half of the crowd, Spike looked like he could be part of the band with his long hair, beard, and denim.

Blackberry Smoke’s signature sound brings three-man harmonies and extra guitar-picking finesse to the classic sound of Southern rock, which was why it was disappointing that the sound was never fully worked out through the course of the show. There were moments in which Charlie Starr, Paul Jackson, and Richard Turner’s soft harmonies came through the speakers perfectly, but in the end, the sound was ultimately too large to be contained by the amplifiers. Like the champions they are, the band powered through and still managed to entertain with their originals including “Waiting for the Thunder” and “Let It Burn.”

As an American touring band with sixteen years under their belt, they showed their perseverance as Starr sang the words to “Sleeping Dogs”: “Paint me in a corner, I’ll fight my way out.”

The drummer, Brit Turner, was celebrating his birthday on the road, which was recognized by a special rendition of “Happy Birthday.”

Standing on Persian carpets, the band began to show that they can be just as much a jam band as a blue-collar Southern rock ensemble. As they played the intro to the title track of their most recent album, Like an Arrow, they conjured sounds of Pink Floyd or Gregg Allman. They could hold their own against any West Coast jam band such as Chris Robinson Brotherhood.

Shifting gears once again, Starr began to pick a major-scale blues song, “Ain’t Got the Blues,” following up with the small town lament “One Horse Town.”

For the encore, The Steel Woods, who opened up for the band, returned to stage, joining Charlie Starr and the rest of the band for a soulful cover of “Yesterday’s Wine” that would have made Merle Haggard and George Jones proud.

Showing off their perpetual optimism and the fact that no genre of music is truly outside of their reach, they ended strong sampling Bob Marley’s classic “Three Little Birds”: “Singing don’t worry about a thing—’cause every little thing is gonna be alright.”

Against their Native American-inspired logo banner, Blackberry Smoke delivered an energetic concert to a sold-out crowd, and in spite of some sound difficulties, everyone had a good time. At the edge of the stage, I saw a t-shirt that said, “Too rock for country, too country for rock.” That just about sums it up.