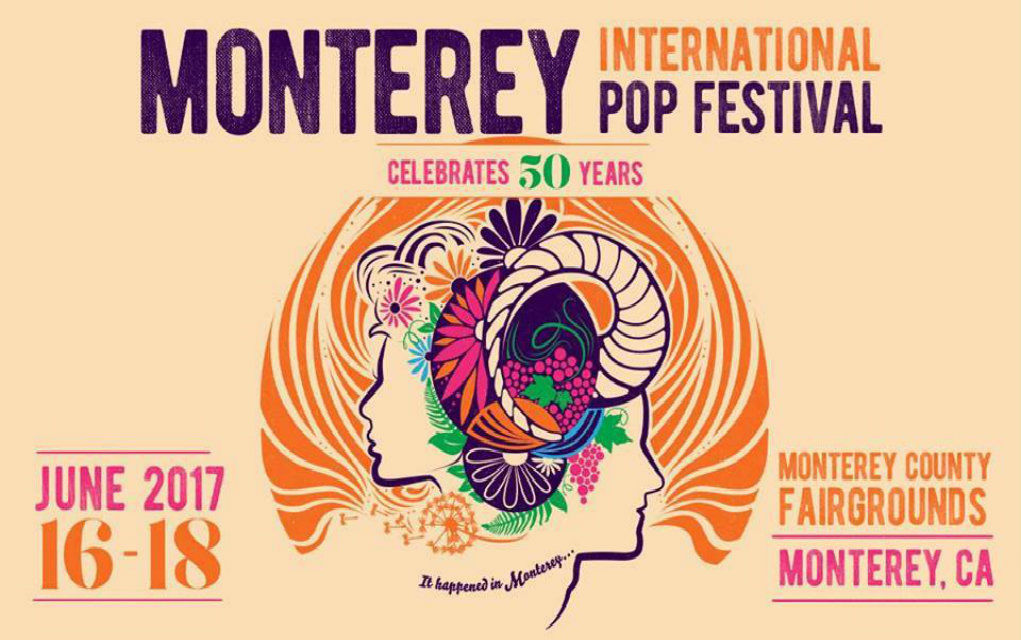 2017 marks the 50th anniversary of the Monterey International Pop Music Festival. The first gathering of its kind, it was three days of music, that drew an unimaginable crowd. Ticket prices ranged from $3 to $6.50. The fairgrounds’ performance area, approved to hold 7,000 people, saw nearly 100,000 make their way through the event that weekend. Now, original organizer, Lou Adler, along with Another Planet Entertainment, and Goldenvoice, steps up to do it again.

Billed as The Monterey International Pop Festival – Celebrates 50 Years, it will go down in the same location, on the exact same dates as the original. Even some of the artists who blessed that stage in 1967, will be returning to celebrate the Golden Anniversary. Eric Burden & the Animals will be back, as will Phil Lesh of the Grateful Dead, and Booker T, whose MGs backed Otis Redding, five decades ago.

The original festival, comprised of up and coming artists, relatively unknown acts, and future legends, was filled with firsts, and surprises. The Who destroyed their instruments on stage. Jimi Hendrix, not to be outdone, lit his guitar on fire. Redding charmed the pants off a predominantly white audience. Canned Heat made their first live appearance. Janis Joplin sold herself, and the band Big Brother and the Holding Company, to Columbia records on the performance of one Big Mama Thornton song.

This year’s festival, scheduled for June 16th – 18th, will be packed with some of today’s biggest, and brightest stars. Lightning may just strike twice. Adler said, “The Monterey International Pop Festival cannot be duplicated but can be celebrated, and will be, by the performers and the attendees at the 50th Anniversary festival.”