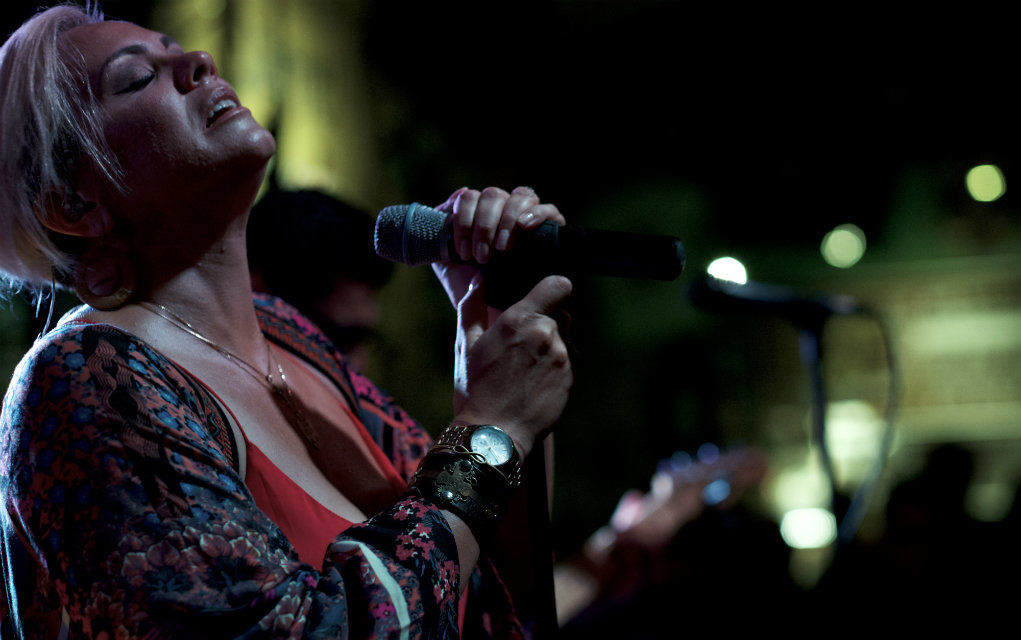 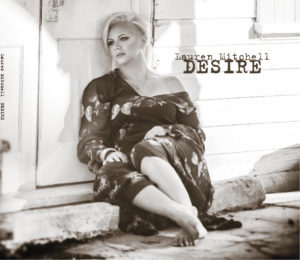 Tampa Bay area songstress, Lauren Mitchell has been treading water of late. A recent loss, combined with the breakup of a band, would leave many artists on the verge of throwing in the proverbial towel. Not so with Mitchell. Her most recent release, Desire, has her coming back stronger than ever.

Moving to Florida from Columbus, Ohio after college, Mitchell worked in a restaurant, and sang with a soul band at night. Her blues and soul loving father made sure she was steeped in the tradition. Her first two releases, Please Come Home, and Live from The Bradfordville Blues Club showed her chops, primarily covering the music of her influences.

Desire is her third album release, and also shows off her songwriting skills. A 13 song combination of covers, and original compositions, it comes together cohesively to cover one topic; catharsis. The blues is all about releasing emotions, and Mitchell has learned that lesson well.

Right from the jump, she covers her musical idol, Etta James. “(I Don’t Need Nobody To Tell Me) How To Treat My Man,” comes on like a velvet freight train. Though nobody could match James’ epic growl, Mitchell’s voice does the song true justice. It’s also a bit funkier than the early Chess hit, which is just fine with us. The horn section, made up of Joe Sublett, and Darrell Leonard, add authenticity to this cut. On “Jump Into My Fire,” Mitchell again channels James. This time, with a bit more gravel, and just as much soul.

Four original tracks grace this album. One of which gets our vote as personal favorite. The title track, “Desire,” is a swampy, Delta flavored masterpiece. Lyrically, it comes on strong, urging us to rise like a Phoenix from the flames. Musically, it is brilliantly composed and played. Part Delta blues, part Gospel hymn, and all positive, it has true staying power. Steve Fister also adds some wicked slide guitar. Mitchell shows her great songwriting diversity in the last two tracks. She goes from the unrequited love ballad, “Lead Me On,” to the party shuffling, “Brown Liquor,” without missing a beat.

Mitchell’s vocals on the original, “Soul Music,” are especially noteworthy. With a loving nod to her father, she brings back those sultry, classic sounds of the 60s and 70s. She covers the gospel-tinged, “Bridge of My Dreams,” and the sad, lost love tune, “Today,” with equal aplomb. Her rockin’ version of Bettye LaVette’s, “Stand Up Like a Man,” is a breath of fresh air, while the funky, greasy, “Anti-Love Song,” brings out the feline assets of her voice. She purrs, she hisses, she growls, and she makes us love it all.

Producer/drummer, Tony Braunagel, had his hands in this one all the way. After spending decades playing with the likes of Bonnie Raitt, Taj Mahal, and Robert Cray, he knows a little something about the blues. Braunagel surely coaxed a bit more something-something from Mitchell, who hardly required tutoring. The other skilled artists on this release include Johnny Lee Schell, Josh Sklair, and Jose Ramirez on guitar, Reggie McBride on bass, Jim Pugh on keyboards, and Lenny Castro on percussion. With backing vocals by Maxanne Lewis, Kudisan Kai, Leslie Smith, and Mellodye Perry, this is an all-star, powerhouse lineup.

We see this as a woman’s album. Sung by a strong woman as a message to other women, Desire shows that venting can purify the soul, and heal the heart. Fellas, get this one for the woman in your life, but don’t be surprised when she no longer takes your guff.