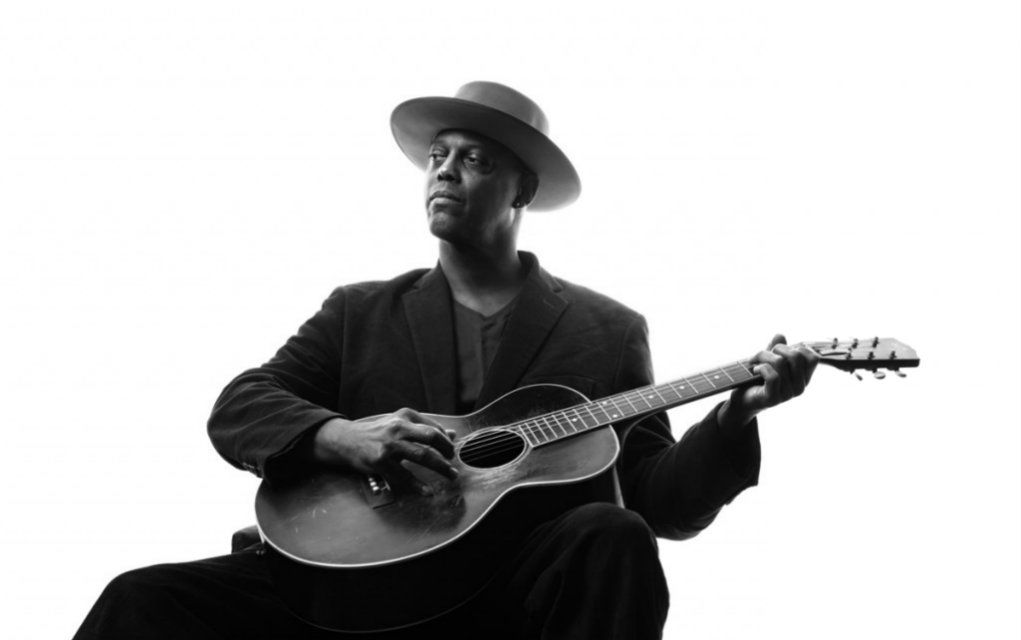 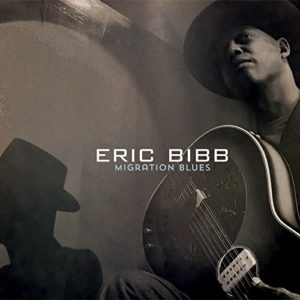 On March 31st, 2017, Stony Plain Records released the 37th career album from veteran acoustic bluesman, Eric Bibb. His most recent prior album, was the collaborative record, The Happiest Man in the World in 2016. A year later, the happiest man has become one of the most political with Migration Blues.

An offering of 15 tracks, Migration Blues compares the journeys, and forced marches, of blacks and Chicanos in the 20th century to the immigrants fleeing war and poverty today. Bibb knows more than a little something about the topic, being an emigrant himself. At the age of 19, he left the US for Paris, then Stockholm. Notably being in tune with his European surroundings over the years has given him an insight into the flood of refugees pouring into the continent from war-torn countries in Asia and Africa.

An acoustic artist is a rare commodity in today’s blues world, but it’s a format that Bibb has embraced from his earliest work. On Migration Blues, he brings in guest artists from around the globe, including award-winning, Canadian folk artist Michael Jerome Browne, French harmonicist Jean-Jacques Milteau, Swedish multi-instrumentalist Olle Linder, and Big Daddy Wilson from North Carolina.

“Refugee Moan,” gets things started. A no-frills prayer for safe passage to a place of peace, it is a compelling opener. The vast majority of the album is dark, and brooding. “Delta Getaway,” speaks of trying to leave Mississippi for the Northern promised land in the 1920s. With hounds on his trail, threats of lynching, and Jim Crow laws surrounding him, the traveler is defended only by a razor in his hand that he doesn’t want to use, and a song in his bones that keeps him going.

“Diego’s Blues,” is a bit more upbeat musically, but just as disconsolate in its lyrics. The lives of mixed-race Mexican immigrants in Mississippi during the hard years of the 20s is brought out in vivid detail. “Prayin’ For Shore,” contrarily brings us up to date, characterizing the woes of African refugees today.

The only bright spot on Migration Blues is the song, “Brotherly Love.” A song of hope, smack dab in the middle of an otherwise bleak, and somber offering. In “Brotherly Love,” Bibb takes the words of antique spirituals and mixes them with his own belief that humanity will eventually prevail over hate and fear.

The majority of the tracks are original, but three stand-out covers are present as well. Bob Dylan’s “Masters of War,” and Woodie Guthrie’s “This Land is Your Land,” are both lovingly performed. The final track is a modern rendition of the traditional hymn, “Mornin’ Train.” Ulrika Bibb supplies some lovely vocals on this closer, that takes us back to where it all began, 14 tracks previously. This time, the singers’ travels take them, certainly, to a place of peace – heaven.

One of our favorites is the instrumental, “Postcard From Booker.” It clocks in at only 51 seconds in length, but makes a generations-deep connection. One may ask, “How is that?” Simple. The song is a solo performance, played on a National resonator guitar that once belonged to Blues Hall of Famer, “Bukka” White, although White never emigrated any further than from Mississippi to Memphis.

“Whether you’re looking at a former sharecropper, hitchhiking from Clarksdale to Chicago in 1923, or an orphan from Aleppo, in a boat full of refugees in 2016 – it’s migration blues,” says Bibb. “With this album I want to encourage us all to keep our minds and hearts wide open to the ongoing plight of refugees everywhere. As history shows, we all come from people who, at some time or another, had to move.”

This is not a party album, nor is it “easy” listening. Migration Blues hit us like a knock-out punch, right in the feels. If you are socially conscious, worldly aware, or just a lover of master bluesmen practicing their craft, this album has an honored place in your collection. Like us, you may just learn something too.