Ian Saddler and Building Ace Records’ “By the Bayou” 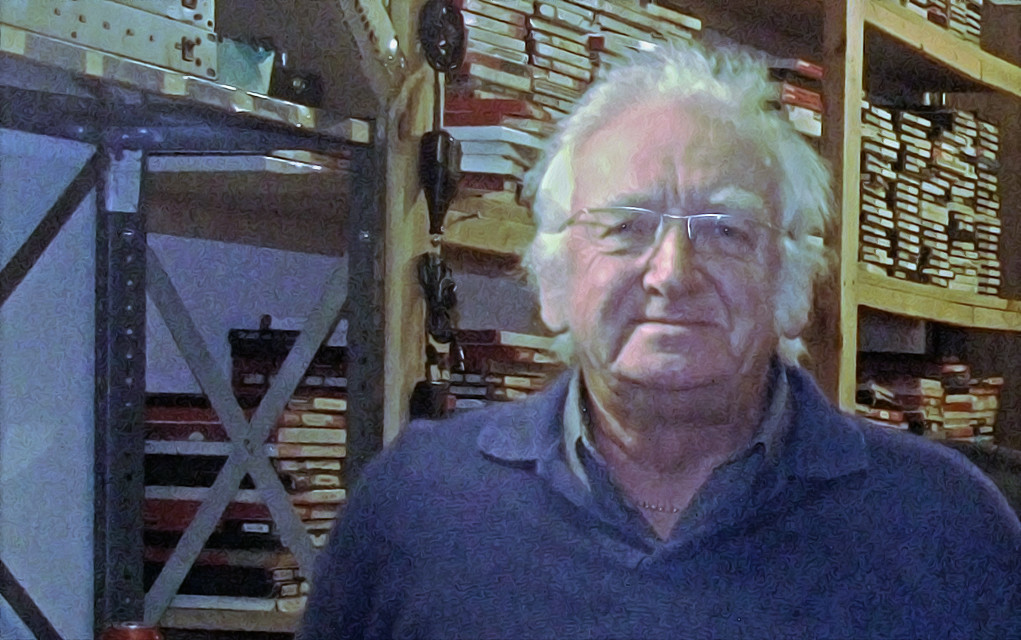 Ian Saddler knew the record industry was a tough business, but he wasn’t quite prepared for all of the termite poop.

Saddler, who is somehow simultaneously shaggy and dapper in a uniquely British way, is the person behind Ace Records’ “By the Bayou,” series, which brilliantly compiles historical Louisiana blues. There are 20 editions to date, all personally curated by Saddler, a retired editor and avid record-collecting Englishman who decided to capture Louisana music while vacationing there: “I thought ‘No one’s really done much about this music down here,’ and I ran into and got to know some of the [Louisiana] artists and I went back to Ace,” he recalls. Ace recognized a good idea and said yes.

Classic Louisiana blues isn’t dramatically different from blues from other parts of the south. The main differences are the accents and some of the instrumentation. You’ll hear a lot more accordions than you might typically associate with the blues. Many of the songs have a Zydeco feel. One of my all-time favorite tracks from the series is “A Thing You Gotta Face” by Polka Dot Slim. It begins with an urgent harmonica and a manic beat that somehow feels like a washboard without seemingly using one. This kind of music is often called swamp pop, which is accurate because it sounds like the blues transformed into an airboat chase. Like Saddler, once I heard a few tracks, I had to hear more.

Saddler loves blues and early rock and roll; everyone from Elvis Presley to Carl Perkins to Muddy Waters to Elmore James. It’s easy to see why he wanted to collect and release as much of the Louisiana music as he could. “It’s good time music,” Saddler reflects. “I know there are a lot of sad songs, particularly in the swamp pop stuff, but generally people are out for a good time. I think it shows in the music.”

But, of course, nothing is ever simple with the blues. In Saddler’s case, the challenge was getting the rights to all of the best Louisiana blues material. For Saddler, that meant visiting the family of J.D. “Jay” Miller, the Louisiana songwriter/producer responsible for so much seminal Louisana blues. Miller died in 1996, leaving his sons holding the rights to much of the music Saddler wanted. The deal was moving very slowly until some bootleggers inadvertently intervened to grease the deal. “A German record company kind of bootlegged a Cajun boxed set of Miller material, and that gave me the opportunity to go back to the Millers and say ‘Look, if you don’t let us do it now, so much of your stuff is going to be bootlegged that it won’t be worth our while anymore and the deal goes away.'”

With that, Ace acquired the rights to the Miller material. They already had the rights to a few Louisiana labels, including Goldband, another important label. Saddler eventually secured the rights to music from the Montel, Hammond, and La Louisianne labels. This was a huge deal. No one had previously been able to get the rights from these Louisiana-centric labels. Saddler’s perseverance and personal touch are what gradually got everyone on board. Now, with the legal stuff out of the way, Saddler was ready to compile, like a gator prepared to eat its prey. Except he was going to listen to music and not eat anyone.

Saddler had plenty of material to work with—over 30,000 tracks worth. Some people have that many songs on their phone. But this wasn’t digital music. These were physical reels. From the 1950s and 1960s. And that’s where the termite poop entered Saddler’s life: “A lot of the boxes were quite badly eaten by termites,” Saddler said. “The reels couldn’t get eaten because they’re tightly packed, so there was nothing for the termites to eat. But in the spools, on top of them, had to be cleaned off. There was plenty of termite crap!”

Dealing with this many tracks of unknown provenance forced Saddler to become something between a detective, psychologist, archaeologist, and insect scatologist. Tracks had been reboxed without artist names. The 30,000 tracks held demos and multiple versions of the same song. Saddler often had no idea what he was dealing with. He learned to rely on tape vintage matching box vintage to know if he was looking at a properly identified song.

Listening to that many tracks, Saddler learned the sound of each label and its associated studios. Goldband records, run by Eddie Shuler, had a raw feel, but a less polished sound. Miller was much more of a studio rat, obsessively building studios and trying to replicate sounds, going so far as even to build replicas of studios that had a sound he liked.

Saddler also learned that Miller was a bit of a character. A frustrated performer, Miller turned to songwriting and producing as a way to make money. “There were lots of demo tapes of him playing his own songs in the vault there,” Saddler recalled. “He could play guitar and what have you, but without a great deal of talent.” Luckily, what Miller lack in musical talent he made up for in discovering it.

Working on-site, Saddler eventually got the 30,000 tracks down to 3,000 and then brought in an engineer to start transferring the tracks to digital. It now takes around six months for Saddler to put together a compilation. He thinks in terms of songs, but also in terms of sequencing. “One of the big problems with CDs is that people put them on and start listening, and then they start doing something else. Before they know it, they’re at track 15 and haven’t heard the last four tracks.” Saddler orders tracks to keep the listener engaged. A slow song might follow a fast one which then might give way to a mid-tempo track. This keeps the listener off-balance but also coming back for more.

Return business is vital to Saddler. He thinks commercially. Or as commercially as one can with a regional niche version of a relatively niche genre. He tries to keep his collections broad, which means avoiding his dream compilations of Cajun and “hillbilly” music: “People have been buying everything in the series, but I’m a bit concerned if I put out something that a good percentage of listeners won’t like, then I’ll lose them. And once there’s a gap in the series, there’s no incentive to keep it going!”

Saddler’s vocation, compiling the music of a region an ocean away from where he lives, is made possible by his devotion to the music, but also because of the analog nature of the recording process. Physical tapes were left behind, termite poop and all, and that allowed the music to be discovered eventually. What happens now, in our digital recording environments? In 50 years, will another Saddler work from hard drives? Or will the digital music made today disappear once the hard drive on which the music resides gives up its ghost? Given the current state of music, it’s both a scary and reassuring notion. It’s also a problem for future generations to ponder.

For now, Saddler continues to work on the compilations and continues to vacation in Louisiana, although he will often spend a day or two of his holiday tracking down the music. He doesn’t know how many more albums he’ll curate, but you’ll know he’s reached the end when you finally see that Cajun music compilation released.