From Tragedy to ‘The Imperial’ – The Triumphant Return of The Delines 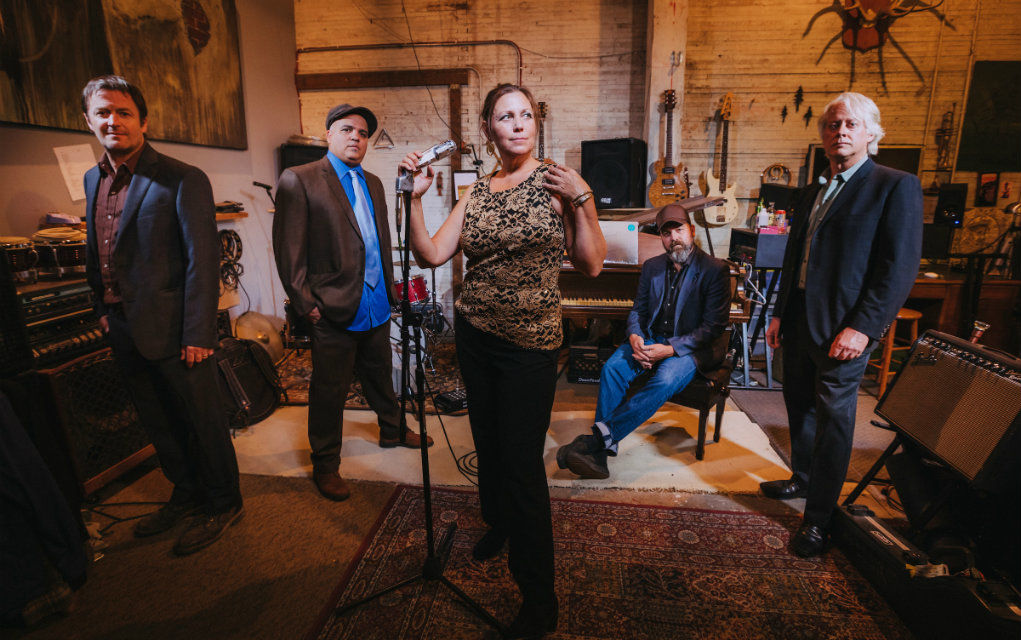 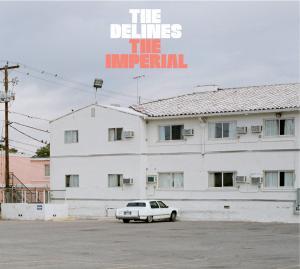 The Imperial is the latest offering from retro country band, The Delines. Scheduled for release January 11th via El Cortez, the album has been over two years in the making and almost didn’t happen at all.

In March, 2016 lead singer Amy Boone was struck by a car while walking near a parking lot. Several surgeries, hundreds of hours of physical therapy and an eventual move from Austin, Texas to Portland, Oregon followed. Work on The Imperial had already begun, but the band made the decision to hold off on finishing the project until Amy could participate fully.

“I have a real super nasty scar on my leg that still causes me daily pain,” Boone confided to us. “I have to sit down a lot, and elevate my foot. Psychologically, I want to go, go, go but my leg just won’t let me. It’s frustrating. I’m walking with a cane still so this tour we’re about to do is going to be interesting.”

The tour of which Boone is speaking is a jaunt through Ireland and the UK in January and February. The official release party in the US for the The Imperial will take place on February 16th, at the Secret Society Ballroom in Portland.

“The tour will really test my endurance,” Boone continued. “It will show what I can and can’t do. One thing I know about clubs in Europe is there is a lot of staircases, so we’ll see.”

Songwriter/guitarist Willy Vlautin is proud of Boone’s progress. “She’s pretty tough,” Vlautin says. “She’s had a long, hard recovery. When she flew up here to do a couple sessions a while back, she could barely walk up any stairs. She’s made huge strides in recovery over the last year.”

Vlautin adds jokingly, “We might have to get her a throne and just carry her everywhere. Of course that’ll be hard for us, since we’re all a bunch of lazy bums.”

Vlautin and Boone met when the two were in different bands. Vlautin was the leader of the alt country band Richmond Fontaine, while Boone was singing for the cow punk band The Damnations. Boone began touring with Richmond Fontaine and singing the female parts from that bands’ 2006 album, Post to Wire, which had been performed by her sister Deborah Kelly.

Vlautin formed The Delines centered on Boone’s evocative and vulnerable vocals, creating a group whose genre is best defined as country soul. The Imperial will be the group’s second studio album, produced by John Askew. Their first release, Colfax, was well received in 2014, garnering The Delines a large European following on the heels of their tours there. The following year they released the limited edition Scenic Sessions which was only available on the band’s 2015 European tour and via their website.

We were entranced by the term country soul. Boone gave us examples such as Sammi Smith, and Bobbie Gentry. Willy, who is also a critically acclaimed novelist, broke it down a little further.

“I’ve always been more of a story oriented songwriter,” he told us. “I’ve always been interested in trying to create a world within a song. On this particular record, I wrote all the tunes. Writing story songs has always been easiest for me, so that’s what I do.”

“We’re super excited about this new album,” says Vlautin. “We recorded a lot of it before Amy got hurt, and then we just sat on it for a while. We remixed it, adding some horn parts by our keyboard player Cory Gray. I wrote a few more tunes for it. All of us were really afraid that it may never come out, so we’re really excited about it.”

We’re in love with the fact that the band waited for Amy to heal to release it, so that she could be part of touring the new offering.

“I think it’s been about three years,” says Vlautin. “We basically tore the car apart and rebuilt it. We all were working other projects as well, while Amy was having nine major surgeries. But, we were all thinking about her, and hoping she’d be alright. But she’s tough as hell man.”

“The thing about her voice, and her personality, and the way she is, you really believe when she says something,” Vlautin added. “She has a way about getting into the world of a song, to where you forget that there’s a singer, singing. I was a huge fan of The Damnations, but this is real laid back mood music.”

We wondered if the move from Austin to Portland has helped or hindered Boone’s healing process. “I lived in Austin for thirty years and the guys were flying me up there. After my accident, I just needed a big change. I’m in Portland now, trying to get back up to speed again. Portland’s a big city for me. I’m a small town girl. But there are similarities too. In some ways Portland and Austin are kind of sister cities.”

The Delines are a group that’s been together long enough to have an immediately recognizable sound, and a family feel. However, they haven’t been together so long that they’re “tired of each other’s stories,” as Amy told us. They enjoy each other’s company. They love one another as individuals and as a group. The Imperial is the child of that love, and we’re looking forward to a long, long relationship.