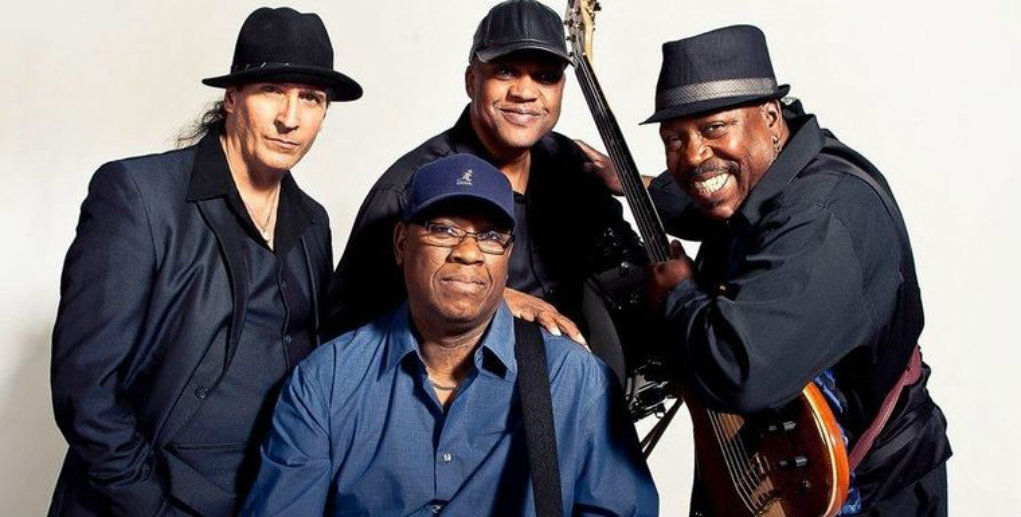 Mike Wheeler is a Chicago blues songwriter, vocalist, and guitarist. His first gig was with Muddy Waters’ piano player Lovie Lee. He’s performed with Koko Taylor, Buddy Guy, and Shemekia Copeland. In 2001 he formed The Mike Wheeler Band. In 2012 his CD, Self Made Man, was released by Delmark Records to critical acclaim. His recognizable sound includes elements of funk and jazz and there’s an uplifting energy to his music. He was inducted into the Chicago Blues Hall of Fame in 2014. 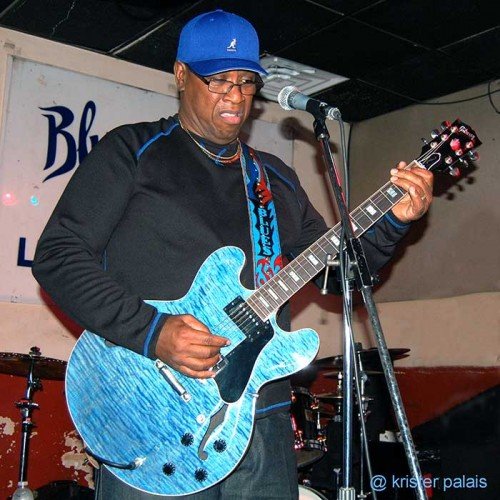 I’m in the process of writing my 3rd CD for Delmark Records. I put my first cd out on my own. I do not know what we are going to name it. It is going to be about life. Normally we go into the studio and the basic tracks are cut in a few days. We come back and do overdubs. I spend time on vocal overdubs. We can finish a cd in about 2 weeks.

How do you differentiate yourself from other Chicago Blues Artists?

What differentiates me is that I have a large variety of influences and I listen to a lot of music. I incorporate it into all of the music I make. It is still blues music but it comes from different angles. My biggest influences are Buddy Guy and Albert King. I like The Beatles, Led Zeppelin, and Prince. I listen to everything.

You were inducted into the Chicago Blues Hall of Fame as a Master Blues Artist. How did it feel getting inducted?

That was amazing to be acknowledged. For me, it all started with the blues when I was 5 or 6 years old and my mother played Chicago blues artists around the house. The committee inducts people who have been around for a while and have played with a lot of people. The committee also acknowledges photographers and blues promoters. They try to acknowledge everybody.

How long have you been playing at Kingston Mines (Chicago Blues Club)? How has the club changed over the years?

I have been playing at Kingston Mines with my band for over 9 years. I have played there with other acts. Playing there has evolved because the crowd is getting younger and they are still hungry for Chicago style blues. They like all genres. The crowd is pretty lenient and we don’t have to play straight blues all night long. The diversity in the music keeps the crowd interested and around. All the clubs treat me nice. I like all of the Chicago venues equally. It’s hard to choose one because it’s like picking your favorite child.

Could you talk about your songwriting process? Do you write by yourself or with others?

Most of the time I write by myself. Sometimes I write with my band. The band and I wrote our first Delmark CD together. If something comes up at rehearsal we just start writing. A lot of time I write at home. When I get ideas, I put them into my phone.

I would like to play the bigger festivals in the United States. Other than that I have no complaints. My band and I have been together for 17 years and I want to give them a shout out; Larry Williams plays bass, Cleo Cole is on the drums, and Brian James plays keyboards. It’s good to have the same band and we know each other very well. We are like a family.