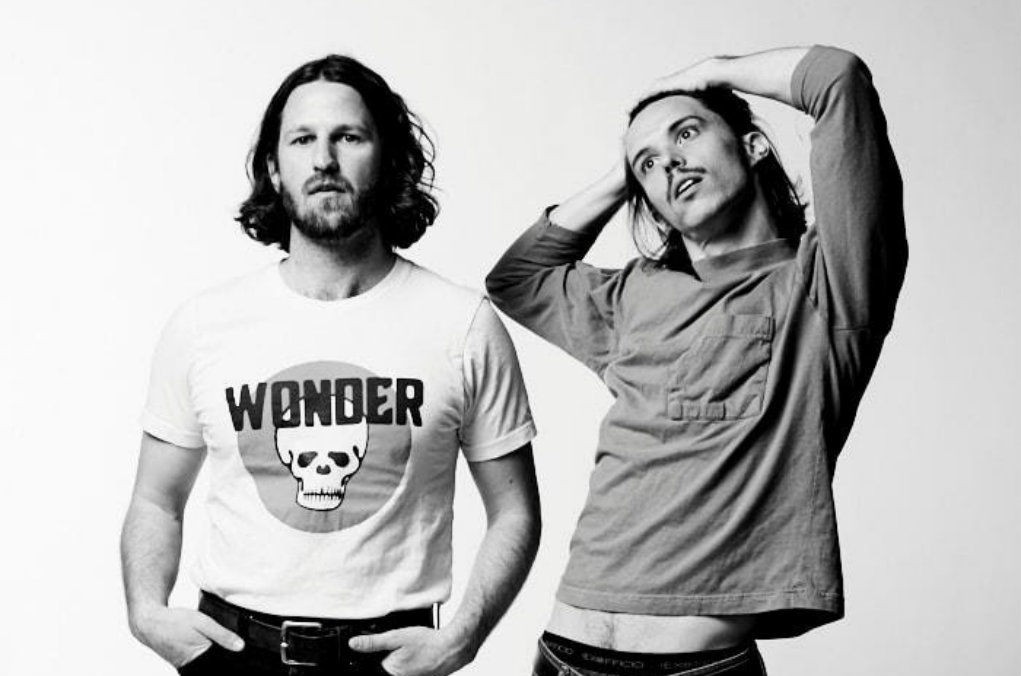 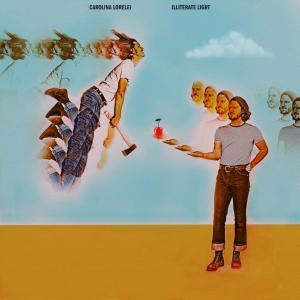 Today, Illiterate Light — the musical partnership between Jeff Gorman (vocals, guitar, synth pedals) and Jake Cochran (drums, vocals) — release their new single “Carolina Lorelei.” The track precedes what will be an immense summer for the erstwhile organic farmers: They are slated to play festivals including Bonnaroo, Lollapalooza and Newport Folk Festival, as well as a series of fall dates supporting Rainbow Kitten Surprise.

“Carolina Lorelei” is a concise summation of the band’s winning, less-is-more sound: clattering drums from Cochran’s standup kit, Gorman’s loping guitar runs and the duo’s harmonious vocal interplay. All of this is bolstered by the synth tones Gorman stomps out with his feet, which provide an atmospheric color that shifts from ghostly wisps to arena-filling bass swells. Says Jeff Gorman, “Carolina Lorelei came out of a moment when I was chopping wood in a small town north of Asheville, NC. I saw my partner walking up this hill to meet me, and her simple yet radiant beauty struck me like never before. She was glowing. My sense of time completely vanished and I fell so deeply in love with her. The song, in essence, is my attempt to unpack that blissful, quasi-mystical moment.”

Illiterate Light’s swift come-up belies some humble roots, as they’ve gone from touring the mid-Atlantic on bicycle to being signed by Atlantic Records. In the meanwhile they’ve been grinding it out on the road, wowing audiences as they’ve opened for Mt. Joy, Shakey Graves and Rayland Baxter. Earlier this year, they self-released their debut Sweet Beast EP, and they are putting the finishing touches on a debut full length with Vance Powell (Jack White, Kings Of Leon, Chris Stapleton) and Adrian Olsen (Foxygen, Natalie Prass).