Flagstaff Blues & Brews Festival is a Great Time in the Mountains 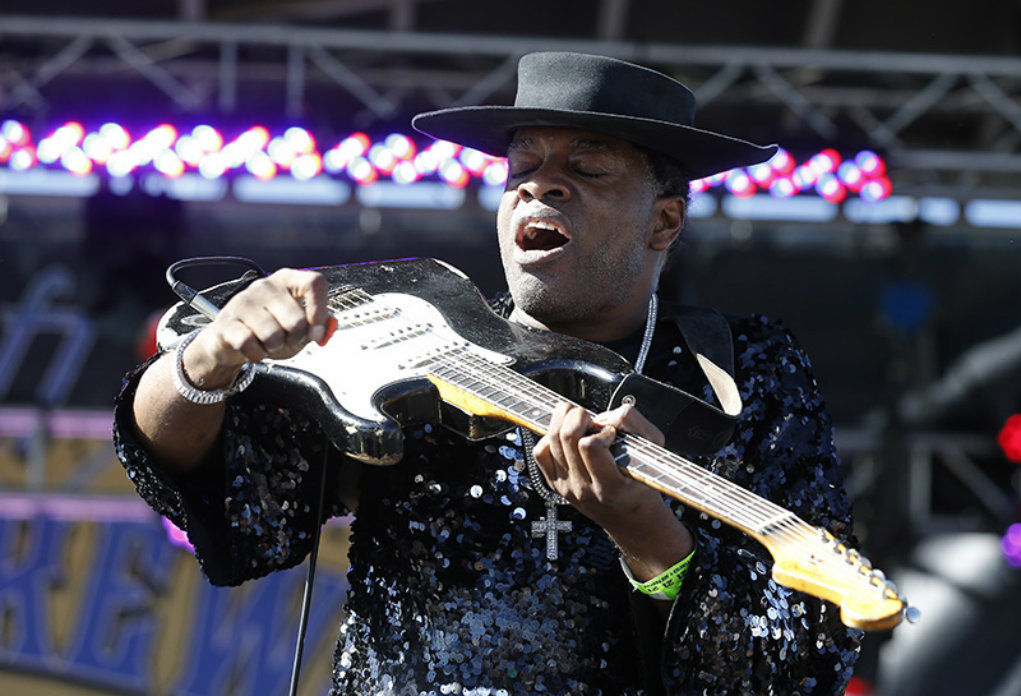 The sold out 7th Annual Flagstaff Blues & Brews Festival went on without a hitch this past weekend. Such a great time, arguably the best one yet.

If you’re into the blues or any kind of music for that matter, experience this one. You won’t be disappointed. It’s a well-run, clean festival that will get bigger and bigger in the next couple of years. The location is very easy to get to, the views from the venue are spectacular, and parking and traffic were a piece of cake. Oh yeah, add top-notch blues bands from near and far, and what else do you need?

Let’s start with the food and beer. A large variety of food was offered for very fair prices. A big selection of beer was also available at fair pricing. The festival offered a free water station to come and go as many times as you needed to fill your water bottles. And very friendly volunteers helped provide many smiles. A photo booth to capture your memories was also available and a kid’s area to keep the little ones busy. The festival really had something to offer for everyone. But enough of that, on to the music.

The 2-day FBNBF had 10 acts from near and far. Arizona’s own Innocent Joe & The Hostile Witnesses; Arizona Hired Guns; The RD Olson Blues Band; and the legendary, huge fan favorite, Carvin Jones had most folks up out of their chairs, dancing to both new and old blues favorites. Carvin, a true blues guitarist — and if you haven’t seen this cat you need to — was up to all his old tricks, playing behind his back, playing with his teeth, playing the guitar like a fiddle, The Star Spangled Banner… He even jumped off the stage and walked through the crowd. It was a sight to see. Larkin Poe, a sister act, killed it. They may be a fan favorite from the two days. Then the Cajun legend Tab Benoit closed out the first night with a set they’re still talking about in Flag Town.

Curley Taylor and Zydeco Trouble, all the way from New Orleans, had the blues but really had the Funk. They were followed by the Jeremiah Johnson Band. What a great afternoon. Miss Samantha Fish kept it going with her beautiful singing and killer guitar licks that had most folks guitar watching. She has got to be one of the better women acts out there. She is a must see; trust me on this one. With the sun going down and the end drawing near, Kenny Wayne Shepherd took the stage and just let her rip, playing five new songs from his new album The Traveler which left most in awe. He also played a bunch more from his older stuff, and a couple of covers was the icing on the cake for this — how do I say — perfect blend of different styles of Blues. The one thing that was a hit, and I haven’t really seen this in other festivals, is the bands all came out after their sets signing autographs and meeting with the festival goers in a merch tent off to the side.

The Flagstaff Blues and Brews Festival was a great time. It is just big enough, providing plenty of room, great music, great food and drink. And the biggest reward is, they raise money for The Flagstaff Arts and Leadership Academy. Well done!