Janiva Magness Redefines a Chapter of the Great American Songbook with ‘Change in the Weather: Janiva Magness Sings John Fogerty’ 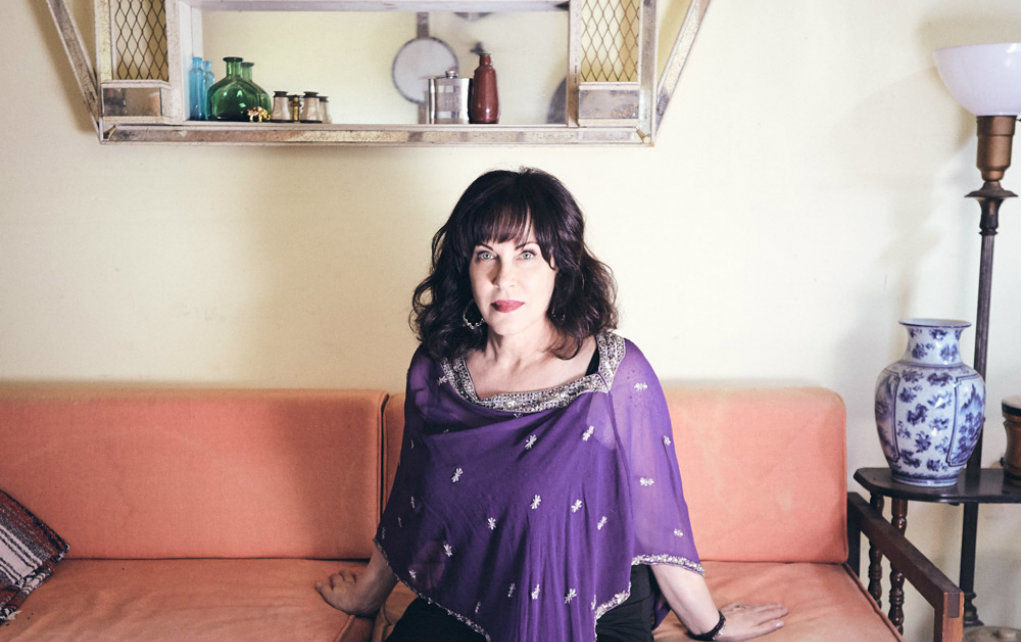 With her new Change in the Weather: Janiva Magness Sings John Fogerty, the Grammy-nominated artist is at the nexus of re-invention and tradition. The album, which will be released by Blue Élan Records on September 13, reframes 12 songs curated from the Creedence Clearwater Revival leader’s catalog in Magness’ soaring, soul-centered style. 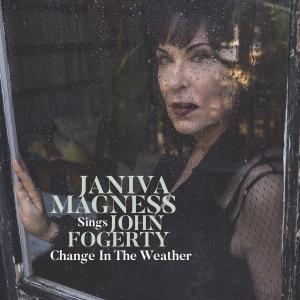 Magness, who again collaborated with Grammy-nominated producer Dave Darling to make her fifteenth album, explores these songs, from the familiar Creedence hits “Lodi” and “Bad Moon Rising” to numbers from Fogerty’s solo career. Of course, Fogerty’s work is timeless. His songs have been part of the soundtrack of the lives of multiple generations, cutting a broad swath through rock, blues, and country, and trailblazing the eclectic, roots-based Americana genre.

Magness first opened the door to Change in the Weather: Janiva Magness Sings John Fogerty when she decided to include a passionate version of Fogerty’s gospel-fueled “Long as I Can See the Light” on 2016’s Grammy-nominated Love Wins Again. That album continued her own emergence as a songwriter, which began with 2014’s Original and came into full bloom with 2018’s Love Is an Army. The latter was a brilliantly crafted bridge between the past and present, blending echoes of classic soul and Americana music with enduring themes of love and the contemporary sounds of protest. It followed a 2017 EP, Blue Again, on which Magness, who has won seven Blues Music Awards including Entertainer of the Year, and received 28 nominations, returned to her roots with a collection of songs from that genre’s back pages.

“Kirk Pasich, the founder of Blue Élan, suggested that we record ‘Long As I Can See the Light,’” Magness explains, “and I loved adapting and singing that song, so it was a natural evolution to Change in the Weather. John Fogerty is a brilliant writer. His melodies are big and rich and provide a real highway into the heart of his songs, which is wonderful for me as a singer, and their backbone is his storytelling, which is spare and direct, and absolutely American in its imagery and themes. And those themes endure.”

“A lot of the lyrics of his early material were protest-oriented, and that’s important to me—to be speaking out about the current state of affairs in our country and the world. So, songs he wrote in the late ’60s and early ’70s, like ‘Bad Moon Rising’ and ‘Wrote a Song for Everyone,’ which talk about welfare lines and turbulent times ahead, are still relevant.”

Nonetheless, Change in the Weather: Janiva Magness Sings John Fogerty perfectly balances challenging realities with joyful buoyancy. “Don’t You Wish It Was True” exudes that balance. The song, which originally appeared on Fogerty’s 2007 solo album Revival, gets righteous bounce from a happy-go-lucky shuffle beat, loping and sliding guitar, and the bright vocal interplay of Taj Mahal and Magness. Mahal, who began his influential career in 1964, has been Grammy- nominated 11 times, and received a Lifetime Achievement Award from the Americana Music Association in 2014, sings like a gravel-throated Santa from the Mississippi Delta, adding cheerful asides to the tune’s utopian vision. And if anything, one of the album’s themes is its musical diversity. “Change in the Weather,” for example, gets a tent-revival treatment, with Magness’ spirited testifying, handclapped rhythmic accents, and devilish bursts of dirty guitar.

On “Lodi,” which is reimagined here as a blues-rock workout with a nod to Memphis soul, Magness is joined by Los Angeles-based outlaw country singer-songwriter Sam Morrow. Once again, their voices are a contrast of sandpaper and honey that blends to elevate the song’s classic chorus. And the Creedence rock ballad “Have You Ever Seen the Rain” is slowed to the pace of a lazy river, providing Magness a showcase for elegant phrasing and stirring dynamics that elevates the song’s deep emotionalism into something even more delicate and lovely than the original.

“One of the things I love about this album is that people already connect with so many of these songs,” Magness observes. “And for me, connecting with people is one of the reasons I love to sing … I have to sing. I know we’re really all part of one big community and, at the heart of everything that unites and divides us, we still have so much in common and so much that we can share. If music like this can bring us all together a little more, then I’m more than happy to be a vehicle for it.”

Although Magness is already in the midst of a creative roll, releasing an album annually and touring the world, 2019 promises to be another banner year. In addition to creating Change in the Weather: Janiva Magness Sings John Fogerty, her memoir, Weeds Like Us, was published in June. Magness fought some tough battles before she launched her career. She lost both parents to suicide as a child and was placed in a dozen foster homes. But, inspired by the encouragement of her final foster mother and a galvanizing performance by the legendary bluesman Otis Rush, she found stability and salvation—and, ultimately, triumph—in music.

Since the early ’90s, Magness has built an impressive career in American roots music, brick by hard-earned brick. She has traveled millions of miles, sung on thousands of club and festival stages, and made a string of recordings that have earned accolades and awards. Today, her albums rise to the top of Billboard’s roots music charts and the apex of the Americana and blues radio charts. She is only the second woman, following blues giant Koko Taylor, to receive the Blues Foundation’s B.B. King Entertainer of the Year award, and it was presented to her at the Memphis ceremonies by King and Bonnie Raitt. As anyone who has seen her performances or listened to her albums will attest, Magness has, indeed, earned a place in the history of American music.

“It’s hard for me to separate my life from my artist’s life,” says Magness. “It’s easy to get lost in the work and the devotion of being an artist—of trying to give as much of myself as I can to the people I sing to and to the songs themselves, whether I’ve written them or they’re the songs on Change in the Weather. But there’s one thing I know that is the absolute truth: Everything about me isn’t necessarily what you’ll hear on a record or see on a stage, yet everything about me that’s on an album or on a stage is real, every time.”