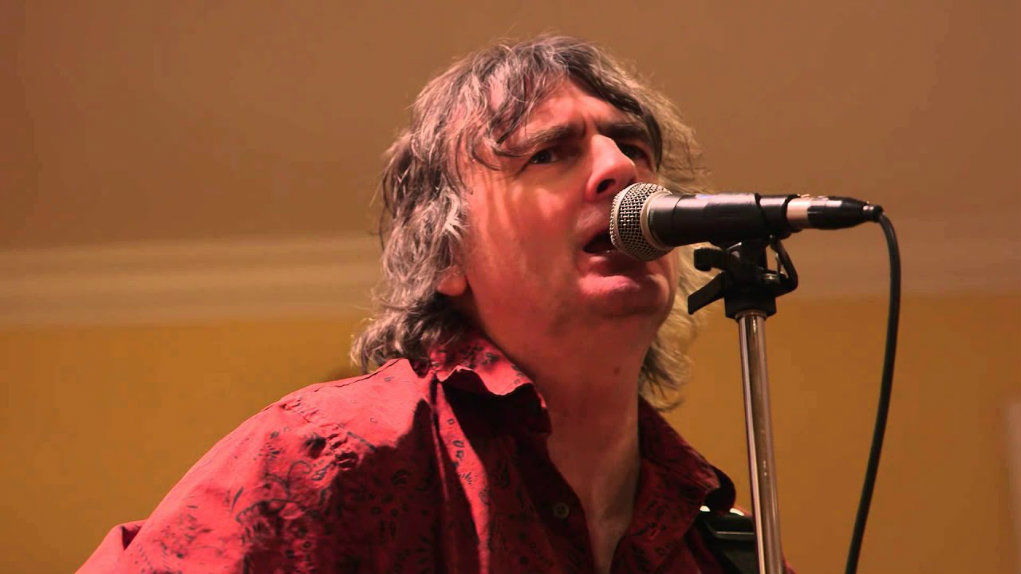 Born in Upper Darby, Pennsylvania, the Folk-Rock-Blues musician entered the music world with his first band Kenn Kweder and The Secret Kids. Known as the “Bard of South Street,” the fiercely independent singer-songwriter has been an iconic name in Philadelphia since the early 1970’s. Noted for musically diverse styles his influences range from Howlin’ Wolf, Captain Beefheart, David Bowie, to Reverend Gary Davis. He continues to be a vibrant force in the local Philadelphia Scene and is a practicing Shaman.

I like Buddy Guy. I think he’s remarkably great and you can’t go wrong with B.B. King. Dr. John was a New Orleans Bluesy kind of guy and he was great because he mixed up the styles. Captain Beefheart was a tremendous Blues singer. There is a correlation between Howlin’ Wolf and Captain Beefheart. I like Muddy Waters too and in a way Jimi Hendrix was a Blues guy. Dave Van Ronk did his own version of the Blues. I liked Reverend Gary Davis who fellow Philadelphia musician Jesse Graves learned from.

How has Blues music shaped your acoustic guitar playing and or singing?

I have always been a big believer that the anatomy and spinal column of classic rock and country music is based off of the Blues structure. I am talking about I, IV,V progressions. Even if it’s Pink Floyd song, the spinal column is Blues. A lot of my songs aren’t Bluesy all the time, but the chord structures are birthed from the Blues structures. My songs are really all I, IV. V songs. Blues is the spine.

You have a new song coming out called Glass Eye Blues. What is it about? Any other Blues tunes?

The song is all about the tuning. It’s about a guy with a glass eye and then he grows a glass leg. It’s psychotic. It’s like a cyclops movie. I have another one that I wrote when I was really young called “The Never Knowing How to Lose Blues Song”. It’s about a guy who keeps winning and winning and he never loses. It was giving him the Blues because he could never lose. I wrote that a long time ago. I also did something called “The Speed Reading Blues” years ago. It’s about learning how to speed read and going to a speed reading school. I never was able to speed read as fast as I wanted, so I got the speed reading Blues.

You once opened for Bo Diddley: What was that like?

At the time, I had a rock band called The Secret Kids. We were young guys doing our hard rock thing. He was great at what he did but wasn’t very approachable backstage. We were honored to open up for him, but he was in his own world.

Did Clive Davis give you The Blues? Can you tell the story?

I didn’t get the Blues from him. I was disappointed. The story is pretty well known. He came out to see me and I was doing really well in Philadelphia at the time. He came down with a fleet of seven limousines with record executives. He had a record company called Arista at the time. They all came to check me out. He was very impressed by the live performance and thought I was a tremendous performer. We went to another bar after we left the club and we talked for an hour or two with my manager. He was very complimentary, but he had criticisms of my band and songwriting. I didn’t agree with him. It ended at the bar, but we stayed in touch for a couple of weeks. I think he was disappointed that I wasn’t reflexively agreeing with his point of view. He kept bringing up the fact that he had discovered so many artists over the years. I thought that was very cool, but I told him I am my own artist and I want to do it my way. He thought that was a little arrogant. A lot of people say that I pissed him off and started screaming at him, but that is not true. There are all kinds of bizarre stories. There’s a story that I poured a pitcher of beer on over his head. They are all fabricated.

There’s no doubt in my mind you are a space alien sent here from another universe. Thoughts on this?

I was always very suspicious of my real parents when I was growing up as a child. I didn’t see many similarities between us. Your theory may be correct. If it’s true, than I will have the opportunity to leave the planet at some point. Hopefully it will be in a flying saucer.

What else do you want to accomplish? What’s next for Kweder?

I would like to receive more recognition for being a great songwriter and performer. I would like to get better gigs where people actually listen. A lot of the time when I play, people are not listening. I just did a gig with Ben Vaughn at The World Café Live in Philadelphia. There were about 500 people there. We did two encores because people were listening. When I finished the gig, I forgot to pick up my check because I felt so good. I completely forgot that I was supposed to get paid. It took me a day or two to figure it out and I wasn’t even drinking. I had such a great time. It’s so rare to be in a place where you are the focal point and people are focusing in on the theater of the performance. That is something I am looking forward to if it is possible. As you know it is a very difficult business, but in the meantime I am going to continue working and putting the time in.