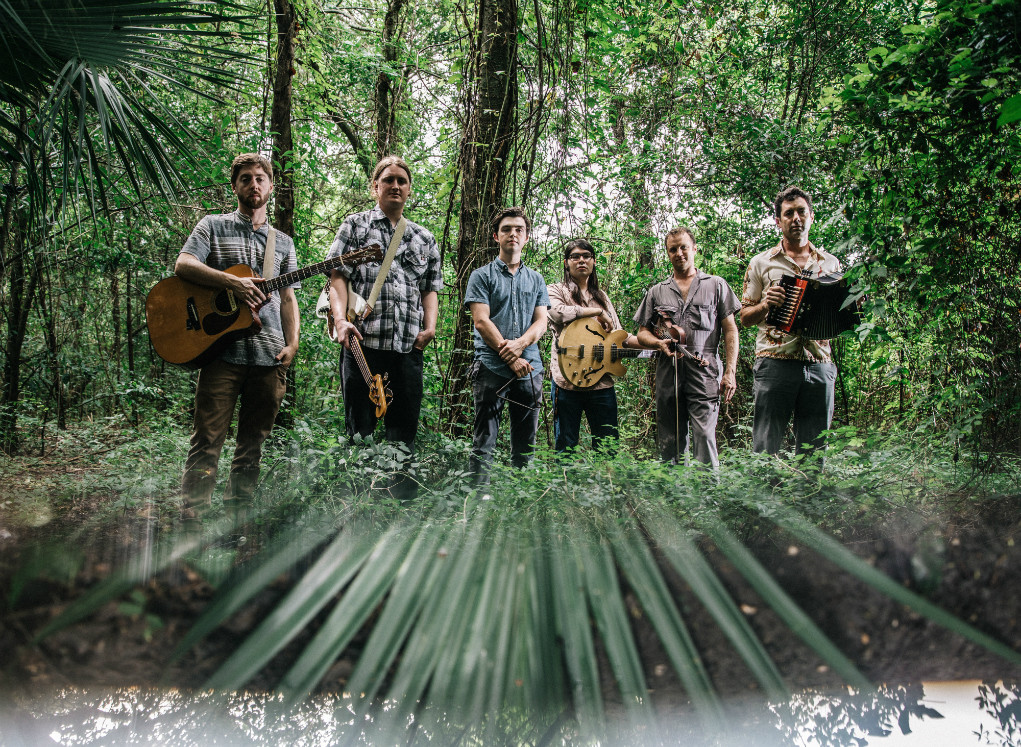 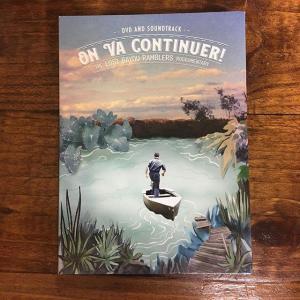 Lost Bayou Ramblers, the Grammy-winning, aggressively progressive yet adamantly traditional Cajun band are celebrating their 20th Anniversary as a group with the release of a deluxe DVD/CD package comprising the On Va Continuer! documentary and Asteur live album. There will also be a separate vinyl release featuring its own unique artwork. These are all being released on September 13 on Lost Bayou Records.

The documentary’s title “On Va Continuer” refers to Lost Bayou Ramblers’ ongoing commitment to performing in Cajun French, propagating French as a living language in Louisiana. Additionally, it’s a reference to their preserving and promoting the unique features and hand crafting of the Cajun accordion and support for local fiddle and T’ Fer makers.

On Va Continuer! was directed by Bruno Doria and produced by Lizzie Guitreau of Worklight Pictures, and first premiered on Feb 17, 2019 at the historic Prytania Theater in New Orleans, LA as part of the 22nd Annual New Orleans French Film Festival, and the broadcast premiere was on March 23 on the international Francophone network, TV5MONDE USA.

The film documents the writing and recording of their Kalenda album, subsequent touring and follows them to New York and the 2018 Grammy Awards where they won for Best Regional Roots Music Album. Their musical innovations are put into the context of 21st century Cajun life and culture overall.

“From the first time I heard the Ramblers play, I was drawn into their world and what they are doing as a band,” says Doria. “What’s most important for Louisiana’s culture right now is to document our unique lifestyles and perspectives, and there is nothing more important than true stories about our people. We want to leave a stamp in history so people can look back and see what Louisiana music was doing at this time and how it is evolving.”

“Asteur” is Cajun French for “right now” or “at this moment” which is what this collection is — a glimpse of Lost Bayou Ramblers 20 years on, recorded at venues they regularly perform at in New Orleans. There’s the Maple Leaf Bar, where band founders Andre and Louis Michot’s father and uncles played 30 years ago with his band Les Freres Michot, Tipitina’s, One Eyed Jacks, d.b.a., Preservation Hall, and Music Box. As an added bonus they include a performance from the Dew Drop Jazz Hall which is situated on the North shore of lake Pontchartrain and claims to be the oldest jazz hall in the world still in operation.

Selections include tunes from Kalenda, traditional tunes they’ve never recorded before, plus a few new original tunes: longtime audience favorite “Steh,” the iconic “New Iberia Haircut,” and the spontaneously composed “Hwy 90.” Asteur was produced by the Ramblers’ Eric Heigle (Soul Rebels, Arcade Fire), and engineered by Emily Eck. The vinyl edition features one track recorded at each of these venues respectively. The CD will include all these tracks, plus three additional live recordings, as well as five from the documentary’s soundtrack.

Lost Bayou Ramblers’ 20th Anniversary celebrations come on the heels of a six month break from regular touring, their longest break ever and one where they stayed devilishly busy! In January, the group issued the Rodents of Unusual Size (Music from the Motion Picture) album, featuring their original film score for this documentary about the disastrous infestation of Louisiana by an invasive species of monstrous 20 pound rodents called nutria. Soon after, they composed and recorded another original score, this one for Construct Films release, director Brian C Miller Richard’s feature film Lost Bayou; the film premiered at NYC’s Tribeca Festival in April. The individual band members also released albums and toured with various side projects, produced other groups, etc. WHEW!

Lost Bayou Ramblers was formed in 1999 by Andre and Louis Michot, performing the roots Cajun music they learned as members of Les Frères Michot. The brothers quickly began playing clubs and festivals around Louisiana, taking the traditional music they were raised with to new levels of rhythmic energy and spontaneity, infusing it with the raw energy of punk and psychedelic ambitiousness.