52 Years of Louis Armstrong’s “What a Wonderful World.” 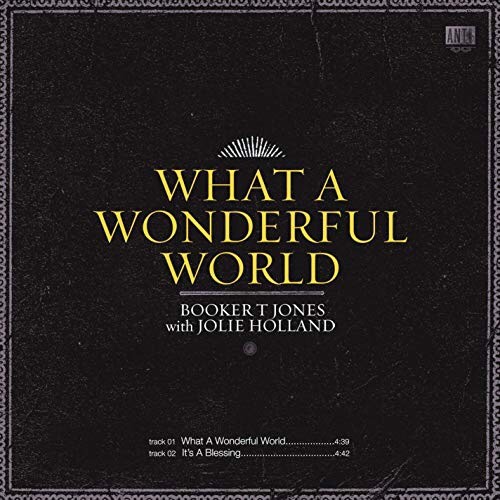 Louis Armstrong once spoke about his hit song “What a Wonderful World,” lecturing, “It ain’t the world that’s so bad but what we’re doin’ to it. And all I’m saying is, see, what a wonderful world it would be if only we’d give it a chance.” And all I’m saying is, did we heed his exhortation to give way to a more peaceful world order?

Jolie Holland and Booker T. Jones collaborated back in 2007 to commemorate then 40th anniversary of “What a Wonderful World,” originally penned by Bob Thiele and George David Weiss. The song proved succor for the racial unrest of 1967, a time when the country was embroiled in bitter dissension over both the Civil Rights Movement and the Vietnam War. Jolie Holland’s stunning vocal rendering against the delightful backdrop of Booker’s Hammond B3 is itself a saintly reverie, and the composition over a half-century later still imports peace in these mirrored times of disquietude.