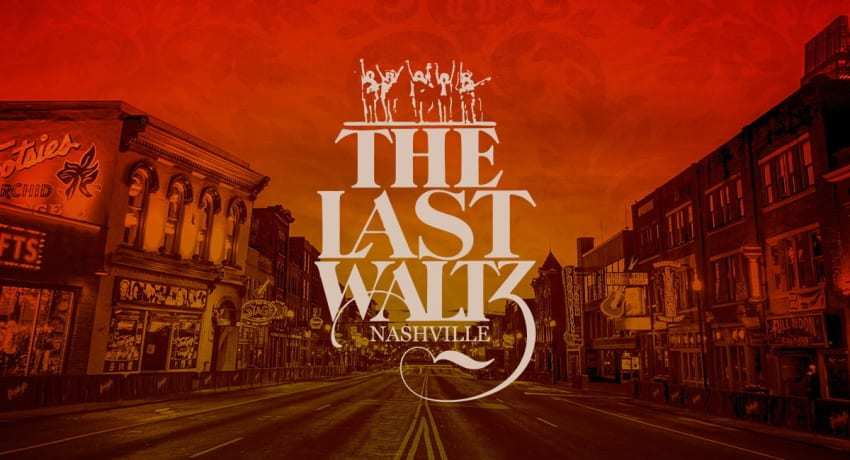 Having seen this show on the 2018 tour, I knew this Nashville show with the incredible lineup they put together was a must see. That being said, I just don‘t think in my wildest dreams I could have imagined how good this show could be.

The Last Waltz Nashville started shortly after 7:00 with the normal touring lineup of Warren Haynes, Jamey Johnson, Lukas Nelson, John Medeski, Don Was, and Terrance Higgins doing “Up on Cripple Creek.” Mark Mullins & the Levee Horns soon joined the band onstage as they played on with “King Harvest,” “Stage Fright,” and Jamey Johnson’s amazing rendition of “Georgia (On My Mind).”

At this point any doubts that we were in for a special evening were gone. The band then played “Acadian Driftwood” and The “W.S. Walcott Medicine Show.”

Before I go any further, please let me comment on how good this band sounded. The vocals of Warren Haynes, Lukas Nelson, and Jamey Johnson along with their incredible guitar playing just lit up the stage. Don Was on bass, Terrance Higgins on drums, and John Medeski’s incredible keyboard just made it all come together. All of this accented by those amazing horns.

Now it was time for Cyril Neville and Dave Malone to join the band onstage. With Cyril Neville on vocals they played “Down South in New Orleans,” followed by a wild version of “Who Do You Love.”

Dave Malone led the band in “This Wheel’s on Fire,” and then The band did a great rendition of “Life is a Carnival.” Nathaniel Rateliff took over the vocals on “The Night They Drove Old Dixie Down.”

Warren Haynes announced the band would take a short intermission then be back for the long set. At this time the show had been going on for a little over an hour.

Should anyone still have doubts that we were witnessing something unparalleled, that thought quickly ended when an angel appeared onstage all alone in the form of Margo Price and treated the audience to an amazing version of “Tears of Rage.”

The band returned to the stage for “Chest Fever.”

The remainder of the show featured all of the special guests that were scheduled to appear, starting with Darius Rucker singing “It Makes No Difference.” That was followed by Nathaniel Rateliff singing “Rag Mama Rag.” He then did something I never would have believed possible had I not been there to hear it: Nathaniel absolutely blew the audience away doing Van Morrison‘s “Caravan.”

Faced with the unenviable task of following Nathaniel were Michael McDonald seated at his keyboard and Emmylou Harris singing Neil Young‘s “Helpless.” And they were more than up to the task.

Michael McDonald then followed that with “The Shape I‘m In.” Just terrific!

All through the evening I kept wondering when Bob Margolin was going to appear onstage — one of only three performers present who played in the original Last Waltz (along with Emmylou Harris and Robbie Robertson). Well, wonder no more. Bob hit the stage with an energy that said I have waited backstage long enough; let’s get this party started! He then dove into “Mannish Boy” as only he can do, at one point laying his guitar on the stage while traveling around with his microphone singing verses.

Bob led the band in a great version of Eric Clapton‘s Bobby Blue Bland cover of “Farther on Up the Road.”

Emmylou Harris then reappeared onstage with the band to sing “Evangeline.” The song she did with The Band in the original Last Waltz.

Vince Gill then took the stage to sing my all–time favorite Band song, “Ophelia.” Let‘s just say he was a perfect choice for this song.

Lukas Nelson led the band on Bob Dylan‘s “Forever Young.” If you closed your eyes while listening to this you could easily believe Bob Dylan was on the stage.

Other than a few minutes when he took the stage to talk about the Last Waltz, we had not seen Robbie Robertson perform. That was about to change. Robbie picked up his guitar and led the band as they played “The Weight” leaving no doubt: he can still play the guitar and sing.

The grand finale with everyone onstage, led again by Robbie, was possibly the most amazing version of “I Shall Be Released” ever played.

Of course, we all wanted an encore but I honestly couldn‘t imagine how they could follow what we all had just heard.

Warren Haynes took the mic and explained how Dr. John, who performed in the original Last Waltz, had played a few dates with The Band on previous Last Waltz tours. In his honor, The Band along with Cyril Neville and Dave Malone played Dr.’s “Such a Night.”

Warren invited Robbie Robertson back on the stage to finish the show the same way they did in 1976 with Marvin Gaye‘s “Baby Don‘t You Do It.”

As the decade was coming to an end, I could only say we ended it with the best concert of the decade. Special Thanks to all the wonderful performers that participated in this show. You are all amazing people.