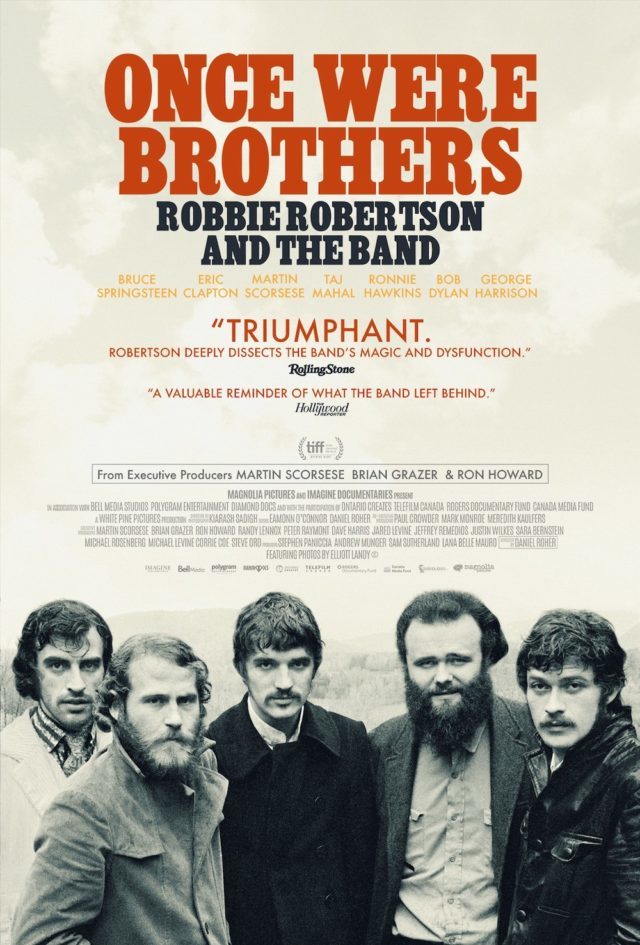 “It was so beautiful it went up in flames,” Robbie Robertson says of the Band’s story. From executive producers Martin Scorsese, Brian Grazer, and Ron Howard and director Daniel Roher is the latest Band documentary, which touches extensively on Robertson’s own journey. Once Were Brothers: Robbie Robertson and the Band comes to theaters on February 21.

Also interviewed are Robertson’s collaborators and friends: Bruce Springsteen, Van Morrison, Eric Clapton, Scorsese himself, and others. “Once Were Brothers” refers to a song on Robbie’s sixth solo album, Sinematic, which features Citizen Cope and Frederic Yonnet.