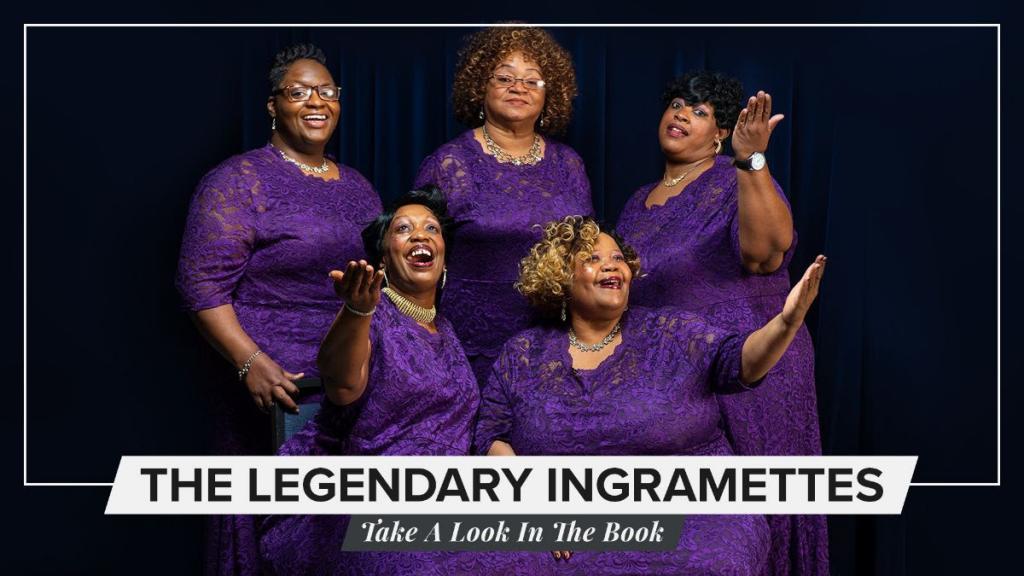 With Martin Luther King Day this coming Monday, we wanted to share an early look at a powerful new album of Southern Gospel music from The Legendary Ingramettes. This quintet of powerhouse women is one of the few remaining all-female gospel groups based on the old quartet style of singing, and they’ve been going for 65 years! Bandleader Almeta Ingram-Miller grew up in the tradition in Richmond, VA, and also grew up in th heart of the Civil Rights movement. Her mother (and bandleader until her death in 2015) was the housekeeper for Oliver Hill, the civil rights lawyer that helped end ‘separate but equal’, and she met Martin Luther King in person when he came to Richmond! 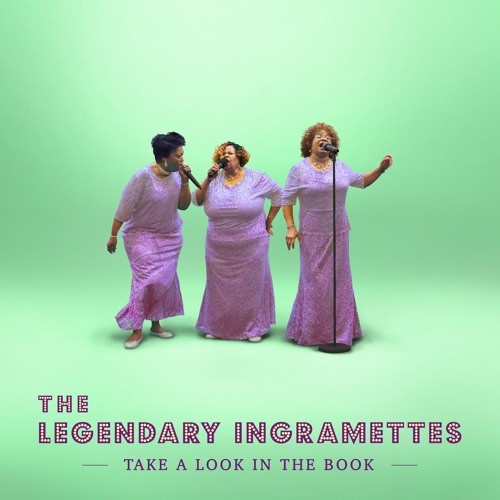 The new album, Take A Look In The Book, due out March 20, 2020, is the first with Almeta at the head of the group, and she’s taken the chance of developing new repertoire for the group, inspired by her work with Virginia Folklife at Virginia Humanities.

Six decades of music, sixty-five years of song, generations tied together through the force of will of a matriarchy of powerful women. This is the story of African-American gospel quintet The Legendary Ingramettes, founded by Maggie Ingram (who passed away in 2015) as a way to keep her family together through hardship, and taken up by her daughter Almeta as a way to continue Maggie’s legacy.

Inspired by the black gospel male quartets of the 1940s and 50s, The Legendary Ingramettes bring roof raising harmonies and explosively powerful vocals, all driven by the voices of women. Based for many years out of Richmond, Virginia, they were led by the indomitable will of the woman they all called “Mama,” but now that Mama is gone, Take A Look in the Book is the group’s first efforts with Almeta at the head. The album showcases her bold new vision and towering vocal abilities, drawing songs from new Appalachian sources like Ola Belle Reed and Bill Withers, and reworking family favorites, some of which date back to old spirituals.

Produced by state folklorist Jon Lohman as part of the Virginia Folklife Program at Virginia Humanities, Take A Look in the Book was recorded over just three days in Richmond, with most songs being cut in one take to keep the power of the group’s incendiary live performances. A live show from The Legendary Ingramettes is a house-rocking affair, with audiences literally whipped to a gospel fervor, and the recording seeks to capture the electrifying nature of the group’s performances.

Throughout the album, Mama’s legacy is strong, but the South casts a longer shadow. “When we came up, the times just weren’t what they are now,” says Almeta. With all the memories of national acclaim and mighty performances, there are memories too of the whites-only gas stations they stopped at in the South when Almeta was a kid. Or that one day, seared in her memory, that Almeta’s grandmother wouldn’t let her play outside her rural home in Douglas, Georgia because there was a black body swinging in the tree in her front yard. “You can’t experience something like that and not be changed by it,” she says. “For us, it showed us we had a wonderful God who watched over and protected us. I must have hundreds of stories where we knew that there is a purpose for us still here. You take all of that, and you put it into the music.”