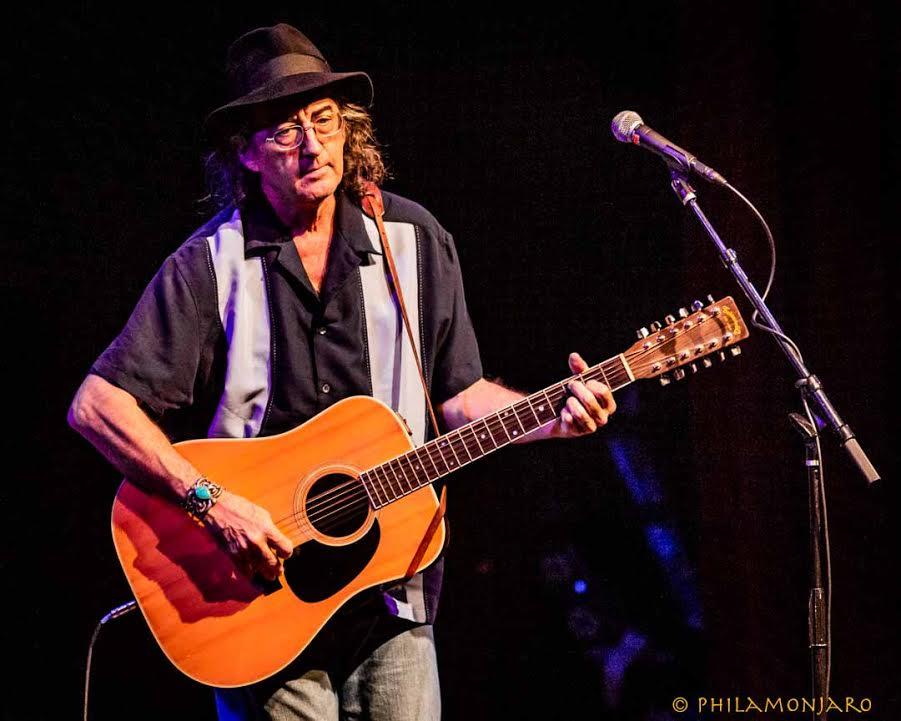 Saturday, February 22, at Old Town School of Folk Music – The show opener, singer/songwriter Peter Oren, thrilled with his deep baritone, compelling guitar work and friendly demeanor. His set included a dreamy tribute to clouds and some clever call-outs to cows. Oren, who lives in rural Indiana, waxed rhapsodic about freeing himself from overwhelming social media, “phones and stuff.” His “Gnawed to the Bone (Come By)” got an especially good response.

James McMurtry’s 2015 masterpiece was entitled “Complicated Game.” He’s a darn wizard when it comes to composing chilling narratives, such as the spooky-titled, “Where’d You Hide the Body.” These references might make one believe this Texan’s the consummate tortured soul, one on the verge of a nervous breakdown, yet when this singer-songwriter-guitarist stands in front of the Old Town School admirers, he comes off pretty much as everyman.

Of course, “everyman” can’t do what McMurtry does on a consistent basis all across America and beyond on his ambitious tours, which take him from the big skies of Bozeman to Baton Rouge, Jackson, and Petaluma. And luckily for Midwesterners, one of the most prominent teaching centers in Chicago: the Old Town School of Folk Music.

McMurtry’s true-blue fans are the kind who do their homework. And that’s the kind of hard work that pays off, as the beauty of already being acquainted with a performer’s repertoire is that the fan gets to soak up the stories and genuinely enjoy the nuances.

And last night there were many nuances to enjoy. His massive set list included rough-hewn, tender and sometimes cynical homages to everything from “crystal meth,” an “Airstream trailer” and a “Holstein cow,” courtesy of “Choctaw Bingo.” Gulfs between generations were underscored in “Copper Canteen,” virtue of powerful imagery: “We grew up hard and our children don’t know what that means.” Certainly that line struck a bittersweet chord with the older patrons; and of course, the epic plea, “Honey, don’t you be yelling at me when I’m cleaning my gun” just seems designed to fire up the coolest senses.

McMurtry was dressed head-to-toe in denim — his long, dark hair and steady gaze contributing heavily to his cool, confident, tough-guy with a soft-center image. He focused completely on the task at hand, tearing off song and song, often with poker-faced comments in-between. All the while, he conflates tragedy with humor. Even as he tuned an acoustic guitar (switching between two), he made damn sure the fourth wall was kept down. And although it was easy to drift and get blissfully lost in his tuneful conversations, his fine instrumental work was of equal import and deserved full attention as he finessed beautiful tones and allowed for striking hammer-ons and pull-offs from his twelve-string. The sound, overseen by musician/soundman Tim Holt, was also superb.

Anyone who has heard McMurtry play with a full ensemble (Austin locals get to hear him weekly), or on his multi-layered albums, might wonder how it feels for the man to play unplugged for several hours solo. Does he consider it a challenge to perform the fierce, rockabilly-infused “Choctaw Bingo” without the support of a dynamic rhythm section? Perhaps for some. But McMurtry, an accomplished instrumentalist who strummed his first guitar at age seven, tore up and down that fretboard with extreme vigor — keeping the beat, wailing catchy phrases, and balancing harmonic highs and lows with precision.

Venturing into the arena of love, a songwriting topic recommended by his grandmother, he garnered lots of appreciation for “These Things I’ve Come to Know,” which illustrates how opposites can still attract even when the odds are against it: “She likes the two-step, she likes to waltz,” he sang, but soon added, “I can’t dance a lick but sometimes I can flat rock and roll.”

“Red Dress” stood in warm contrast to the other material — a heady mix of blues and grit. In his quieter rendition of the winsome “No More Buffalo,” his austere tale spoke volumes about our current state of environmental gloom. And as for pure linear craft, the vocal drone of “Levelland” was beyond moving. “State of the Union” probably got the biggest reaction. Although the words can apply to any time in history, the message may strike some as especially potent now.

As for other inspirational/political anthems, the one surprise was that McMurtry failed to play “We Can’t Make It Here,” a brainstorm that intrepidly describes the despair of so many Americans and that has fueled campaigns.

That said, McMurtry gave his all. Even after holding court for such a long time alone, he graciously returned to the stage after a passionate standing ovation. At one point, he mentioned a concert where the audience was less than appreciative. “They’re idiots,” yelled a fan. Yeah, I’d say that’s true. 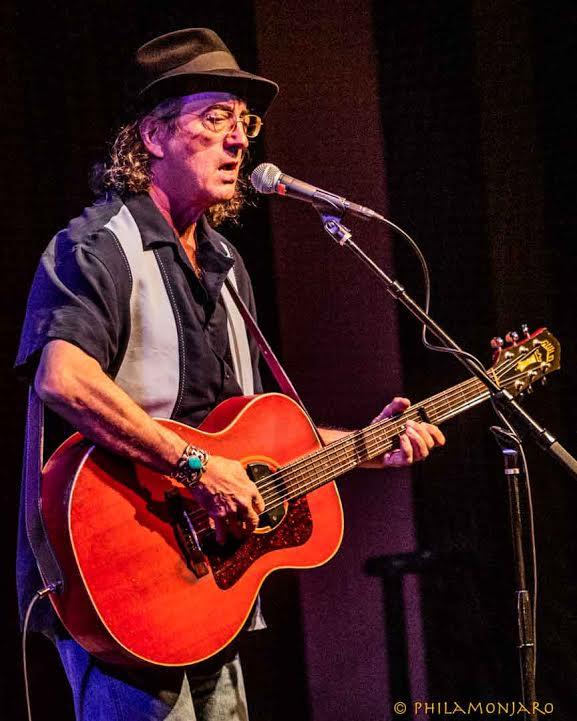