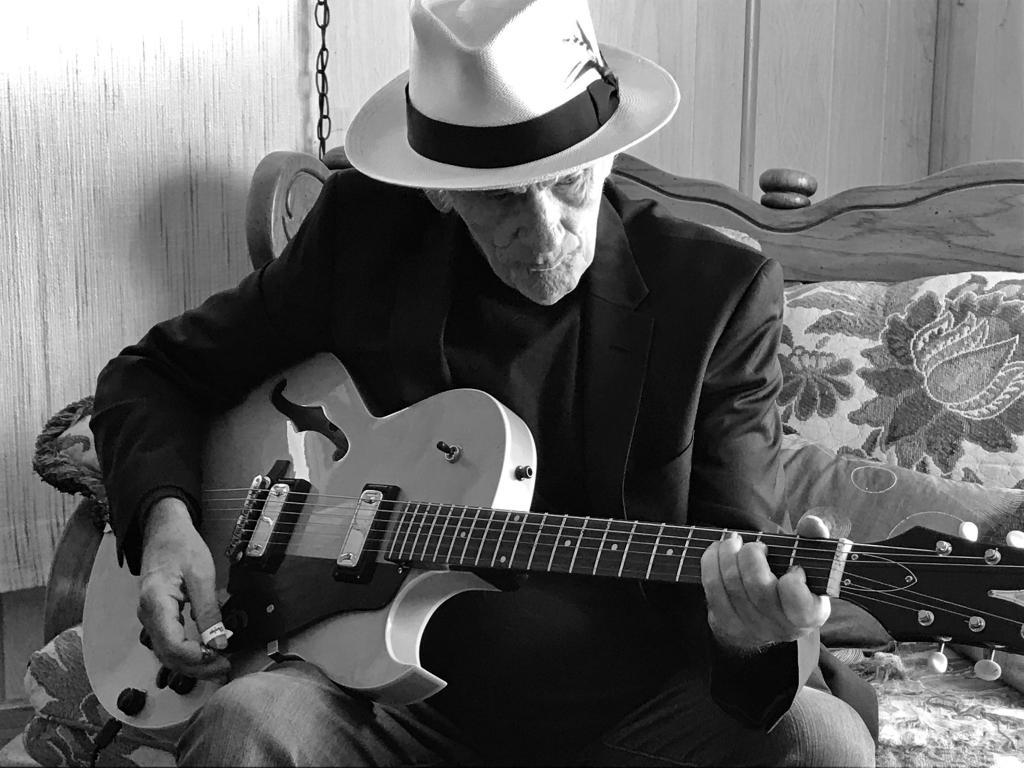 Jesse Graves aka Michael Floyd is known for his allegiance to the blues heritage. He did not contemporize the music, but played songs as they were written in the 1920s and 30s. In the 1970s he started his own record label to promote blues music of his early heroes and to provide royalties to the families of the original artists. Unfortunately, the company folded after only one album. 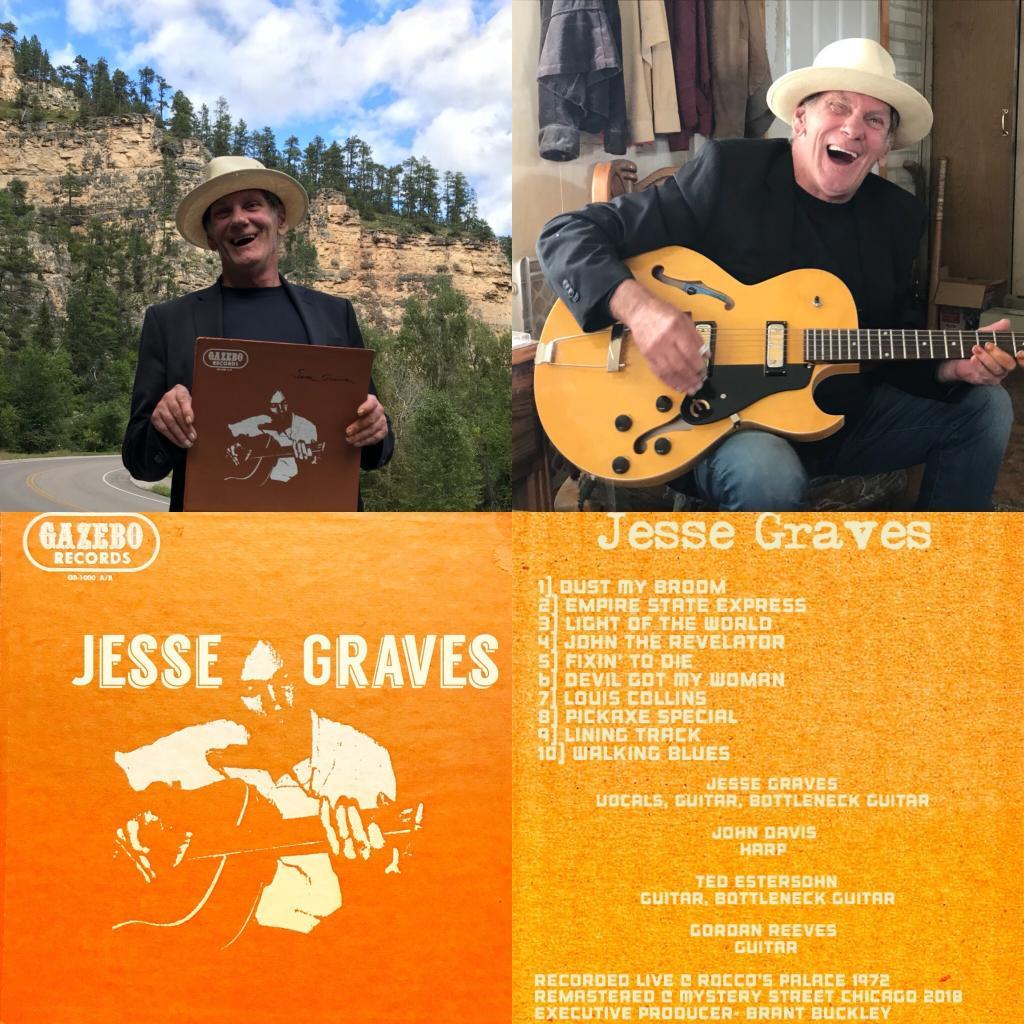 I write because it helps me with my mind. I am writing lyrics and I have completed three new songs. They are all originals. I live in a small town in South Dakota and I have made a lot of friends. I sometimes walk the streets looking for inspiration. Once I finish all of the 8 to 9 new songs I am working on, I am going to record them. I am a little hesitant as I got burnt on my 1972 ‘Gazebo’ Album and I never received any royalties. To get my guitar skills back in shape I have been relearning Gary Davis’s “Death Don’t Have No Mercy”, “Hesitation Blues”, and Robert Johnson’s “Me and the Devil”. All three of them have good picking exercises in them. I suffer from arthritis so sometimes it is harder than other times.

In the past, incorrect information was written about you regarding your teachers and you
stopped giving interviews. Please explain.

First of all Son House wasn’t in the Mississippi Delta. He was in Rochester New York. I never studied with him or Fred McDowell. I listened to a lot of records. I met Son House which was one of the highlights of my life with his manager Dick Waterman. I spent time with Gary Davis
and his wife in Harlem towards the end of his life. I met Mississippi John Hurt in the 60s at a club in Philadelphia. I learned to play his song “Candy Man”. I was a great opening act. Never a headliner. Always a bridesmaid never a bride. I learned by watching these guys play and I would pick up what I could from them. I went to the Delta to record Robert Pete Williams for my record label called Gazebo, but I ran out of money and couldn’t put it out. I stopped giving interviews after a reporter claimed I studied with Robert Johnson which was totally false. These writers were embellishing and misconstruing and that’s when I stopped giving interviews.

I opened for Bonnie, John Hammond, Dave Van Ronk. Dr. John, Hot Tuna, and Little Feat. Dick Waterman managed Bonnie at the time. He introduced me to Son House. He was always one of my heroes. Son was very reserved when I met him but he shook my hand and was a nice guy. When you meet your idols you are in awe. Later I opened shows for Muddy Waters, Sonny Terry and Brownie McGhee, Arthur Big Boy Crudup, and John Lee Hooker. These were acts that had been doing it for many years. It really was an eye opener for me.

Can you talk about your first and only album you released?

I put that album out in 1972. It consisted of a lot of standard tunes and covers with the hopes that it would get more people interested in the artists. In the 50s and 60s Blues mainly had a cult following. I started Gazebo records with the sole purpose of putting out different Blues artists’ albums but I ran out of money. I never got a dime from my album. When we recorded my album, we just turned on the tape recorders in my living room and played. It was me, John Davis, Teddy Estersohn, and Gordon Reeves. We just played and played. We took that and put it out. We pressed 2,000 copies. I had a distributor in Philadelphia and Washington. When I was young, I didn’t sign any contracts with them. They put the album out but I never received anything for it and that’s why I ran out of money. After the record came out, I started getting airplay on college radio stations and MMR in Philadelphia. Michael Tearson was the disc jockey on MMR and he played it. Gene Shay of the Folk program played some of the tracks too. In addition to the full length album, I released 100 copies of “Dust My Broom” and an original song called “Jookin”. The A side was “Dust My Broom” and the B side was “Jookin” an instrumental single I wrote. From what I understand both are being sold on Ebay and I don’t get any royalties.

Can you talk about recording Robert Pete Williams?

That also was in 1972. I rode down to the Mississippi Delta to Rosedale, Louisiana and recorded Robert Pete Williams on a tape recorder in his house. I brought the tape back but never released it because I didn’t have any money. I also did a few other recordings but they were lost in a house fire a couple years ago. I really wish I had the money at the time to put the Robert Pete Williams recordings out because he really did a hell of a job when he laid down the tracks. Many years later Joan Fenton, who also played Blues, wanted me to donate them to the Library of Congress. In the back of my mind I wish I had the mindset to put it out. The Robert Pete songs I recorded were all originals and that’s what made them so great.

What was it like opening for John Lee Hooker?

When I opened for John Lee Hooker, I was still drinking and he was sober. He wouldn’t even shake my hand because I was drunk. Let me say this: my music playing cost me my marriages, my sanity, and my sobriety. Back in the 70s and 80s there were a whole lot of drugs going around and I fell victim to it. Now I sit in my living room and play my guitar for me.

How does Native American spirituality play a part in your music?

Every time I picked up a guitar and played professionally, I always dedicated it to the Great Mystery. I grew up reading books just like I grew up listening to records. I read books about Native American affairs. I am not Native American physically, but I believe in their way of life.