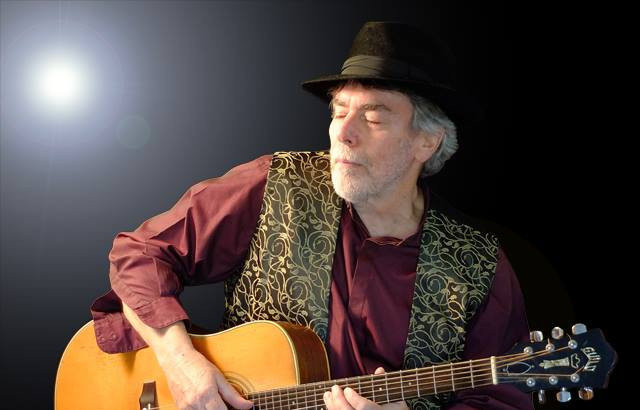 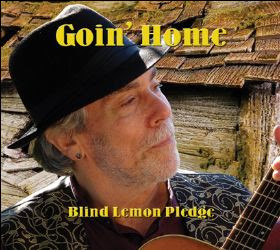 James Byfield (BKA Blind Lemon Pledge) is San Francisco’s “top dog” acoustic blues dude. Well, not just blues but jazz, pop, soul, and all the other fruits that come from the blues roots. His upcoming release, Goin’ Home on the Ofeh label goes back to those roots. Way back.

Pledge has released 7 albums since 2008, but Goin’ Home returns to the spark that started him on his musical journey. It’s a whittled-down collection of 2 original songs and 10 covers all done with just guitar, stand-up bass (provided by Peter Grenell) and vocals. Now when I said he goes way back, I mean it.

The very first track is what gave the album its name. “I Feel Like Going Home,” was originally recorded by Alan Lomax when Muddy Waters was still a sharecropper on the Stovall Plantation. It’s as Delta as it gets, with Pledge’s sorrowful slide and imploring vocals.

“Fever” is done the dark, simple way Little Willie John did it, not the polished way Peggy Lee and myriad other artists recorded it. Just 2 chords is all it is, and all it needs. He pays tribute to Walter Davis with the slow-burning “Come Back Baby,” and JJ Cale with the country blues slide and quiet harmonies of “Crazy Mama.”

Pledge goes even further back in the American Blues Songbook with Tommy Johnson’s “Big Road Blues,” although he did up the tempo a bit. Robert Johnson’s “Love in Vain,” is given great treatment, combining finger-picking and slide. Johnson’s mourning voice can’t be replicated and Pledge doesn’t try, rather making it his own with some powerful vocals that get the point across quite nicely.

There is also a nice nod to the San Francisco scene with “I Know You Rider,” a traditional blues tune that was a favorite cover by artists including Joan Baez, the Kingston Trio, Janis Joplin, the Grateful Dead and Hot Tuna. Pledge does justice to the 60s era versions.

Of the 2 originals, “Sweet Celine,” is a nice country flavored romantic tune, while “Sugar Rush” is a bawdy tune filled with ragtime finger-picking and double entendre. Both fit nicely nestled among the classic covers of Goin’ Home.

Make sure you listen for the album’s closer, “Little Black Train.” A Gospel hymn dating back to the 19th Century, Pledge and company perform it with simple vocal harmonies and a tambourine that made us feel good all over.

If you’re suffering from a lack of acoustic, down-home blues, Goin’ Home is your prescription.