FOLSOM: A Tribute to Johnny Cash Live in Chicago 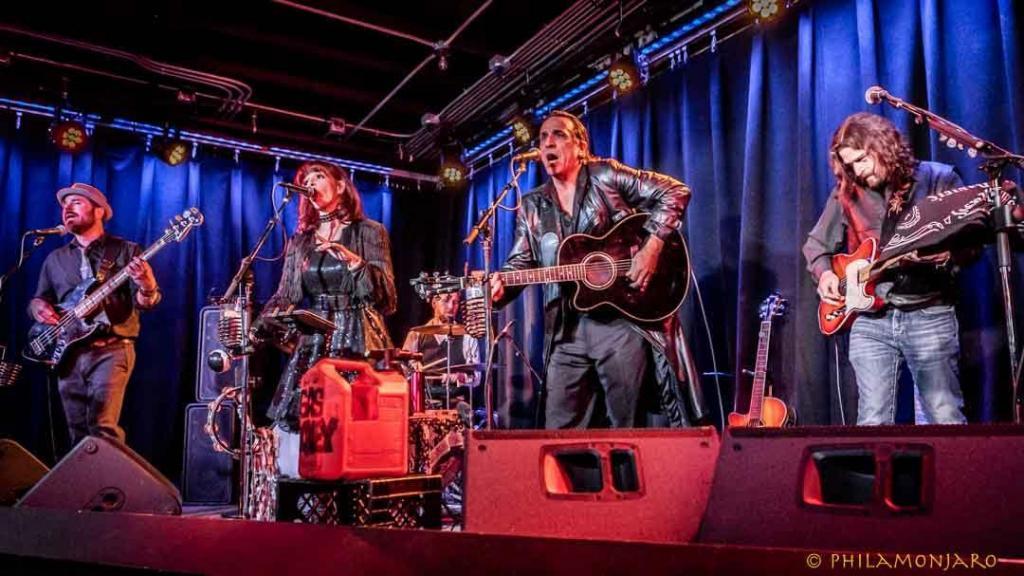 Did I walk into a “burnin’ ring of fire?” Um, no, it was actually Carol’s Pub in Chicago, an outrageously friendly country-western themed saloon, where a packed room full of locals and a couple of Nebraskans swing-danced along to FOLSOM’s greatest hits as a curious table of South Americans looked on.

These factors pooled together formed the perfect marriage of band and venue. Carol’s walls boast dozens of celebrity photos and eye-catching portraits of Parton and Nelson. An empty gasoline jug with dollar signs sat on the stage unbeknownst to the band members. The setting alone rivaled Nashville’s Tootsies, but it was when FOLSOM appeared that the real alchemy began.

FOLSOM is comprised of lead vocalists Pete Berwick and Jennifer McCleary Botka, guitarist/ musical director Jason Botka, bassist Johnny Gadeikis, and drummer Luke Smith, all of whom came aboard chalk-full of experience. Prior to FOLSOM, McCleary Botka earned her chops in multiple bands, as did the other members, but also enjoyed a career in musical theater. Berwick is a film actor and popular singer/songwriter/guitarist with forty years in the business. His most recent album, Island, on which FOLSOM musicians played a huge part, has received critical acclaim.

Berwick, with slicked-back hair, donned a long, black leather for the first set and bantered between numbers with McCleary Botka — their good-natured (and sometimes bawdy) asides adding to the fun. McCleary Botka was dressed to the nines in a black, sparkly, A-line dress tightly cinched at the waist, heels and fashionable fishnets. While singing, she played a variety of rhythm instruments.

“Get Rhythm” with its memorable hook set the vibrant tone for the evening. “Folsom Prison” featured Berwick’s gritty Cash-infused voice. Somehow this Illinoisan captures J.C.’s unique phrasing without sounding like a carbon copy. Renowned late Chicago author/songwriter Shel Silverstein’s “A Boy Named Sue” was an absolute crowd-pleaser and on the infamous “I Walk the Line,” Botka and Gadeikis downright nailed those groaning riffs.

The tone shifted to winsome when “June” and “Johnny” traded verses on Tim Hardin’s “If I Were a Carpenter,” which Cash recorded back in 1964. But the beat ramped back up again for the riveting “Cocaine Blues.”

Production manager Ric Radick kept the dynamics balanced and concise. Adding also to the ambient landscape was the swirling disco ball which fed an array of colors as bright as Fruit Loops across the rustic room.

“I Won’t Back Down” by the late Tom Petty more than retained the authority of the original. The generous set was sprinkled with a few lesser-known tunes such as “Rock, Salt and Nails” composed by Utah Phillips and made famous by Waylon Jennings.

All night, Berwick maintained his comedic complexion: “When you’re a little kid, a nap is punishment. For me, it’s a vacation” and to “June”: “Could you take the wheel for this next verse?” When “June” grabbed the spotlight for a few solo numbers, such as “Harper Valley PTA,” she was flawless.

“(Ghost) Riders in the Sky” brought Berwick to the foreground once more with an all-around captivating performance. By this time, dancers felt comfortable enough to two-step in front of the cozy stage. Berwick’s contagious baritone and posturing gave the steady stream of steppers even more of an incentive to circulate up front to sneak a peek at his barre chords.

Perhaps “Jackson” was the real stunner, though. Penned by the Cash couple, the lyrics brought home the cleverness of their craftsmanship; hearing the vocalists harmonize was a genuine treat.

Fortunately, the set list of Cash/Carter favorites (and covers by the famed couple’s songwriter friends) promised each player a starring role: from Smith, “driving the train on drums” to Gadeikis, whose bottom lines faithfully moved at a fevered clip.

During the second set, more mainstream chestnuts were performed: FOLSOM renditions of Denver’s soulful “Take Me Home Country Roads,” Prine’s pristine “Angel from Montgomery,” Parton’s anguished “Jolene,” and Kristofferson’s tearful “Help Me Make It Through the Night” swayed emotions. Even Dylan’s “It Ain’t Me Babe” sent out flares. But for my greenbacks, “Ring of Fire” and “Long-Legged Guitar Pickin’ Man” showed off the band’s personalities the most.

That said, FOLSOM at Carol’s Pub executed much yippiee-yi-yay Friday night, or as Johnny and June might say, “That band, FOLSOM, played “hotter than a pepper sprout.” 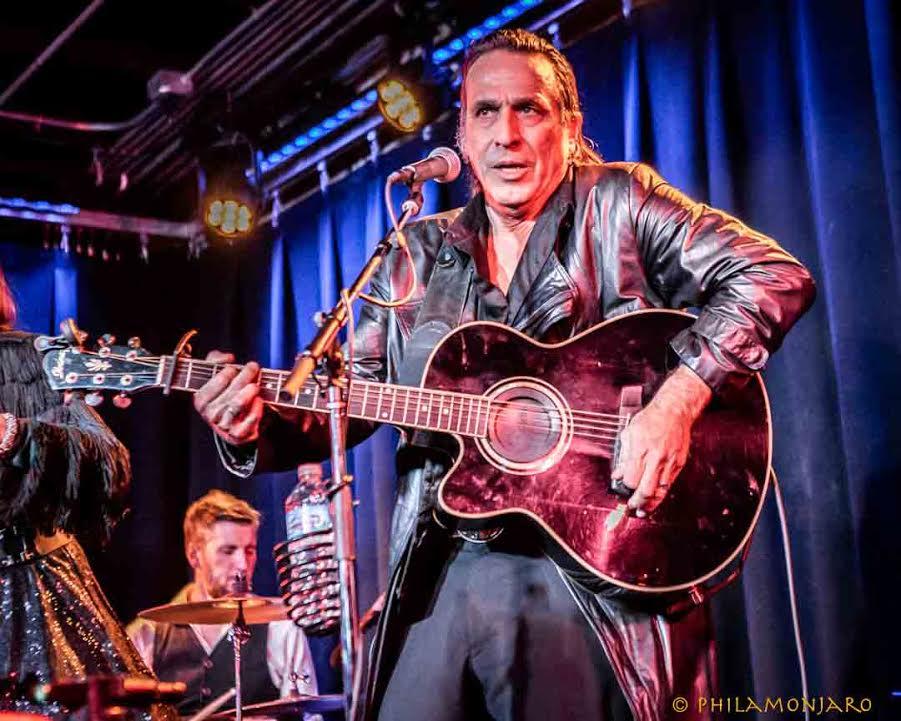 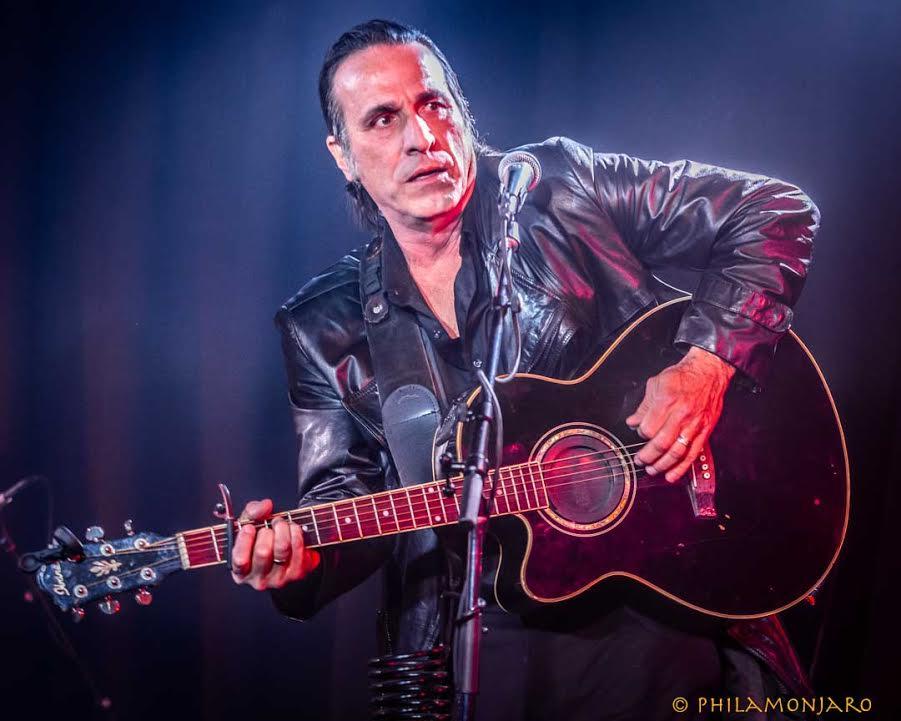