Will Sexton – Don’t Walk the Darkness 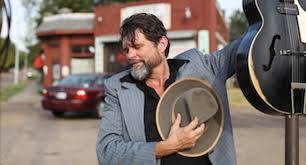 Will Sexton‘s Don’t Walk the Darkness is mature in the best possible way. Sexton’s laid-back album has a decidedly 1950s vibe, making it feel classy, if not classic. There’s a confidence and swagger to Sexton’s modesty, and it all makes for the kind of album that only comes from experience.

And Sexton’s experiences read like a song. He was signed to an MCA record contract before he could vote and dropped before he could legally drink. A 2009 stroke cost him his verbal and language skills, as well as his memory of songs he had written. He’s worked with a therapist to relearn what was lost, but as you might imagine, it’s not an easy process. In 2013, love brought him to Memphis, via his wife, singer/songwriter/collaborator Amy LaVere. And now he has his first album in over a decade, recorded in just ten hours.

As fraught and intense as that all sounds, Don’t Walk the Darkness feels completely under Sexton’s control. The amount of control is impressive, because he’s fronting New Orleans’ The Iguanas. And in those types of situations there’s always the risk one entity might overpower the other. But that’s not the case here, where the band and the artist exist in an equilibrium across different styles of music.

“Temptations Call,” with its powerful horn riff and downhill groove is rock energy wrapped up in pop trappings. Sexton’s voice isn’t notable, but there’s a definite charm in the imperfections. You can hear him pushing to meet the right notes at the right times and there’s a pleasant suspense to the endeavor. “The Whole Story” also features horns punctuating a sad tale, the whole track feeling like at a different time, in different hands, it might be a doo wop tune. Luckily for the listener, whatever the song is, it makes perfect sense as conceived by Sexton.

“Mess Around With My Mind” has a desperation that immediately recalls grunge, but Sexton’s Texas-flecked vocals have an underlying optimism that offset the darkness of the melody. The Iguanas are especially impressive here, pushing the track, pulling Sexton along — very much present, but never dominating the track. “Only Forever” is soul jazz, with Sexton once again working a voice that, while not particularly powerful, has an honesty that lifts the tune.

You know Sexton is the real deal because of the way he keeps hitting away at life’s curveballs. A different artist might make a milestone album like this, the first after a major medical incident, overtly about that event. While the stroke is now a part of the fabric of all of Sexton’s work, the wonderful thing about Don’t Walk the Darkness is its evenness. This isn’t someone exuberantly screaming about survival. Rather, this is someone reflecting upon it and serenely sharing with his audience. It’s the refinement of a different era.