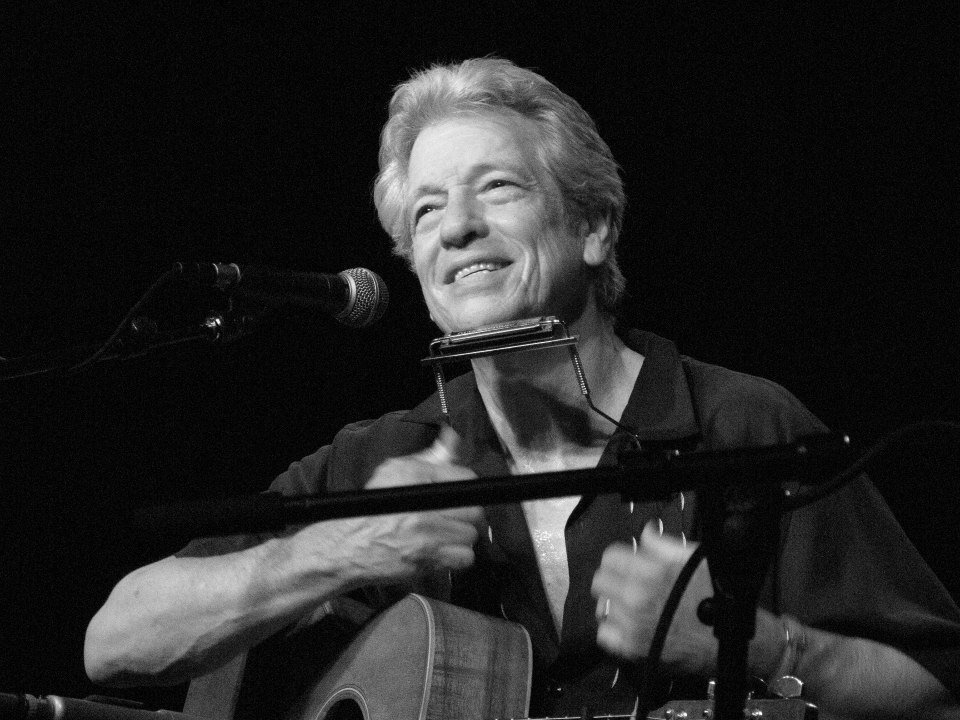 Renowned Blues artist and Grammy winner John Hammond was inducted into The Blues Hall Of Fame in 2011. With a career coming up on 60 years, he has played with John Lee Hooker, Eric Clapton, Jimi Hendrix, Tom Waits, Duane Allman, The Band, J.J. Cale, Dr. John, Mike Bloomfield, Bob Dylan, Mick Jagger, Keith Richards, and Charlie Musselwhite. He’s the only person to have Eric Clapton and Jimi Hendrix in his band at the same time. His 1963 album John Hammond was one of the first Blues albums made by a white artist. He provided the soundtrack to the 1970 movie Little Big Man starring Dustin Hoffman. In 1991 he hosted the documentary The Search For Robert Johnson. 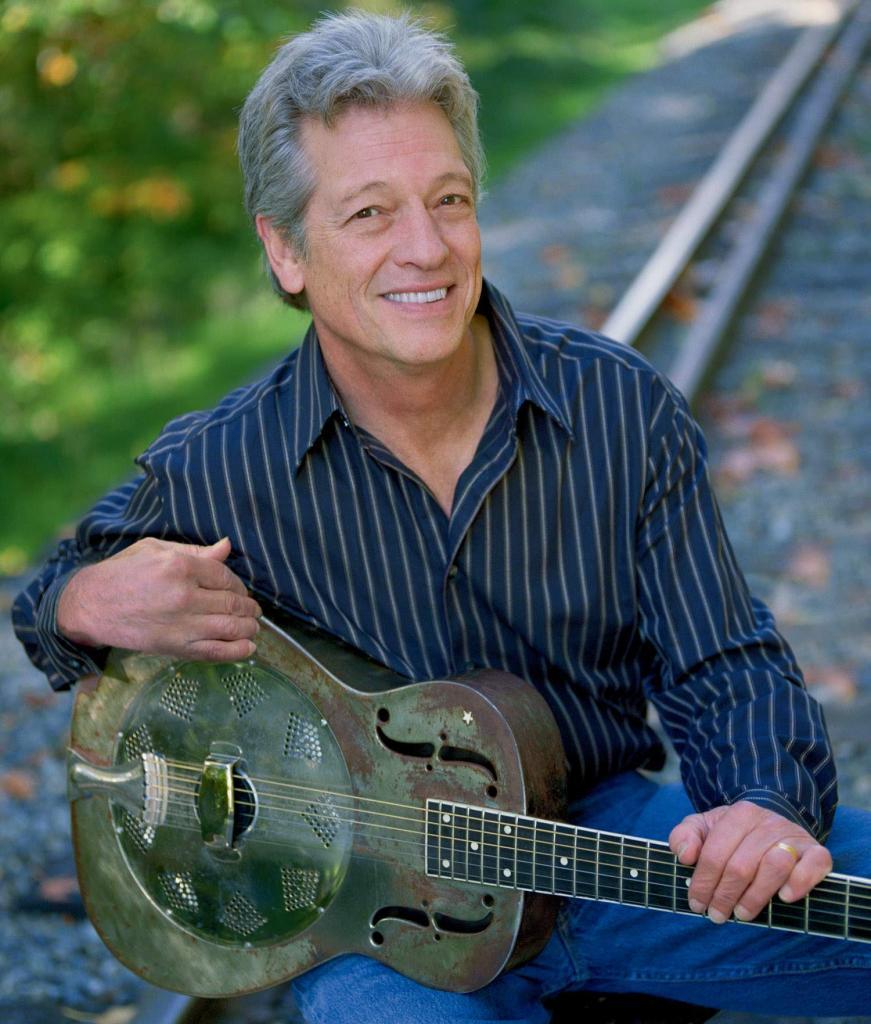 Born November 13, 1942, in New York City, he’s the son of the famous Columbia Records talent scout John Hammond Sr. What most people don’t know is that Hammond didn’t grow up with his father. His parents split when he was young, and he would see his father several times a year. He first began playing guitar while attending a private high school, particularly fascinated with slide guitar technique. He saw his idol, Jimmy Reed, perform at New York’s Apollo Theater, and he’s never been the same since. After attending Antioch College in Ohio on a scholarship for a year, he left to pursue a career as a Blues musician.

In 1962 with the folk revival starting to heat up, Hammond attracted a following in the coffeehouse circuit, performing in the tradition of the classic country blues singers he loved so much. By the time he was just 20 years old, he had been interviewed for the New York Times before one of his East Coast festival performances. He was a certified national act. When Hammond was living in the Village in 1966, a young Jimi Hendrix came through town looking for work. Hammond offered to put a band together for the guitarist and got the group work at the Cafe Au Go Go. At that point coffeehouses were falling out of favor and bars and electric guitars were leaning towards folk-rock. Hendrix was approached there by Chas Chandler who took him to England to record. Hammond recalls telling the young Hendrix to take Chandler up on his offer.

Hammond continued his work with electric Blues ensembles, recording with people like Band guitarist Robbie Robertson (and other members of The Band when they were still known as Levon and The Hawks), Duane Allman, Dr. John, harmonica wiz Charlie Musselwhite, Michael Bloomfield, and David Bromberg. “John Hammond is a master,” adds T Bone Burnett. “He is a virtuoso. A conjurer… A modernist… John is in a very small circle of men with a guitar and a harmonica. Jimmy Reed, Howlin’ Wolf, Bob Dylan. The guitar is an orchestra. He’s sending messages. Storytelling. All mystery. Protection. The language goes out through the night.”

How and why do you think Blues music touched your soul?

Blues is an honest look at real life. It has to do with passion, emotion, and the gamut of the human condition. It’s put in a way that is easily related as music is simple yet deep. It’s hard to put into just one capsule. It’s passionate music.

Right now I’ve had a lot of shows cancelled due to the lockdown. I am semi-retired. I have done a lot of gigs and this is my fifty eighth year of performing. There are very few clubs I haven’t played. I’ve played in every state and all over the world. I am enjoying being picky choosy about where I am going to play. My wife and I are writing a memoir that we hope to get done by this year.

In your own words how would you describe your Blues style? What makes you unique?

I’ve always felt that the solo artist can be the most effective and have the biggest impact on an audience if you can pull it off by yourself. It’s so intense. I’ve always prided myself on playing solo and pulling it off. It’s like photography. The black and white photo is the most intense and boils it down to the basics. I’ve worked all these years as a solo acoustic artist. I don’t plug in into the microphone. It’s just me. This is my point of view and direction. My energy is focused on a style that is old time yet timeless.

If you had to choose from of all the artists you have played and performed with who is your favorite?

That’s very hard as I’ve worked with so many talented artists. When I started out the guys who created the genre were rediscovered: Son House, Bukka White, and Mississippi John Hurt. I could go on and on. These guys were phenomenal. I worked with younger contemporary artists who’d step right up. It would be very hard to pick one. 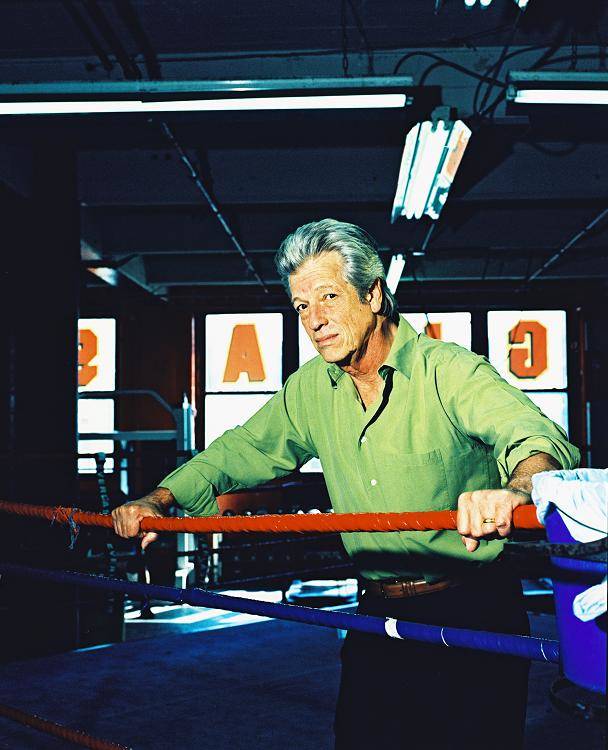 Can you talk about Hendrix and Clapton sitting in with you at The Gaslight Cafe in NYC?

I knew Jimi in New York when he was hanging out in the Village trying to get a gig. We had gigs together and then he went to England and became a huge star. I met Eric Clapton during my first tour in England in sixty five. When he came to New York with Cream in sixty seven he was hanging out in New York and had my number. He called me up and wanted to come to my gig. Hendrix was also in New York. I knew both of them and they both came down and wanted to sit in. I had a little trio with Charles Otis and Lee Collins. They both sat in and I was surrounded by royalty.

What did you learn from hanging around Bob Dylan and you introduced him to The Band?

Bob and I were friends when he first came to New York. He was a Blues fan but he was also an amazing performer. He was a Woody Guthrie fanatic. He had all these talking Blues he did but he was also a Blues fan. He and I hung out a lot and at one time we were very good friends. He came to my recording sessions and I went to his. That’s how I introduced him to The Band who I met up in Toronto. Their first recordings were with me. It was on the ‘So Many Roads’ album for Vanguard.

What’s your recording process like? How do you know when you have a take?

Sometimes you just know instantly that was it and it’s not going to get any better than that. Other times you do it two or three times and you listen back and realize this one has more that I was aiming for and this one has less. You go into record with an idea of what sound you want for each song. Each song has its own life and you go with whichever take you think is more on the ball.

Do you have a favorite cover song?

I have so many songs it would really be tough to pick one. I have some of my own songs that I’ve done in the last five years. I am not a songwriter as such. I have always felt that I can bring any song I choose to life. I have been inspired by Howlin’ Wolf, Muddy Waters, Robert Johnson, Willie McTell, and Blind Boy Fuller. The whole gamut is kind of a wide range.

Anything else you want to accomplish?

I have done a lot. It’s not like I am done or anything. I have become very choosy about the gigs I play. I have a lot to reflect on. My wife and I are compiling a memoir. That’s a lot of fun. I have been to a lot of places, met a lot of people, and have made a lot of records. I have some great stories.