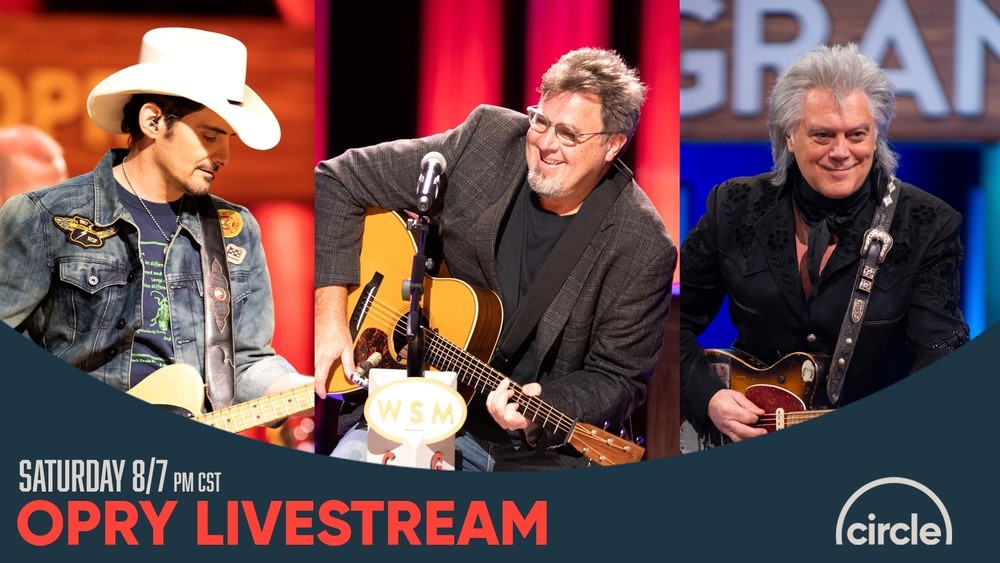 “Who’s gonna play the Opry
And the Wabash Cannonball?
Who’s gonna give their heart and soul
To get to me and you?”

Marty Stuart, Vince Gill, and Brad Paisley performed together on the Grand Ole Opry stage for its 4,916th consecutive Saturday night show. They played not to a live audience, but rather a live broadcast on the digital multicast network Circle and other TV affiliates. The concert was also livestreamed on Circle’s Facebook and YouTube.

“We will all get through this because we’re gonna stick together,” said TV/radio personality Bobby Bones, who hosted the telecast. “We need to find ways to keep connected, and still be safe, which is why we’re here tonight.”

Facilitated by a skeleton crew, The three Opry members sat at a safe CDC-recommended social distance, swapping stories and playing some of the most revered songs in country music history. It’s worth mentioning that their set included Marty Stuart’s rendition of the trucker classic “Six Days on the Road” and Vince Gill’s breathtaking “Go Rest High on That Mountain.” Gill began writing the song inspired by the death of country balladeer Keith Whitley due to alcoholism in 1989, and finished it after his brother’s death in 1993.

The three also paid a wholehearted tribute to Kenny Rogers, who passed away the night before, by harmonizing together (Gill leading vocals with Stuart and Paisley joining in) on Rogers’ “Sweet Music Man.”

The world’s longest-running radio show has postponed shows with a live house audience until April 4, but they have vowed to continue live broadcasts every Saturday night without an attending audience.