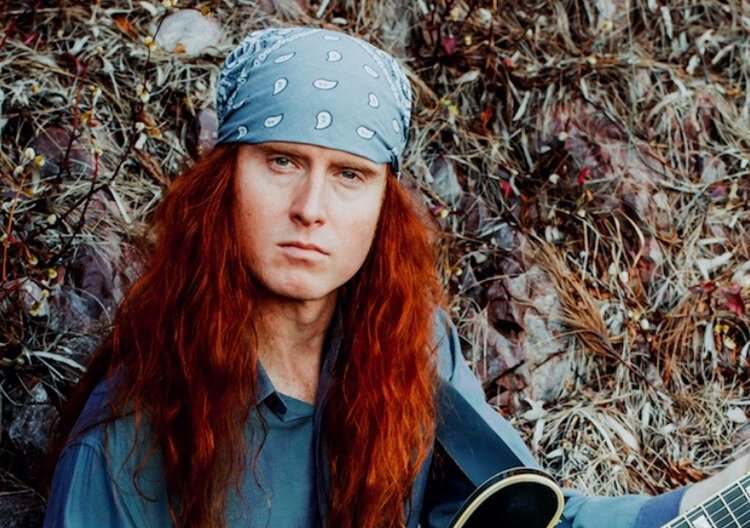 For more than a decade, blues-rocker 8 Ball Aitken has toured the world – performing his swampy, slide guitar-driven songs at more than 200 gigs each year. His live shows have rocked music festivals across the US,  Australia,  Europe, Canada, and Asia. Now he delivers his 11th album, Swamp Blues 2. 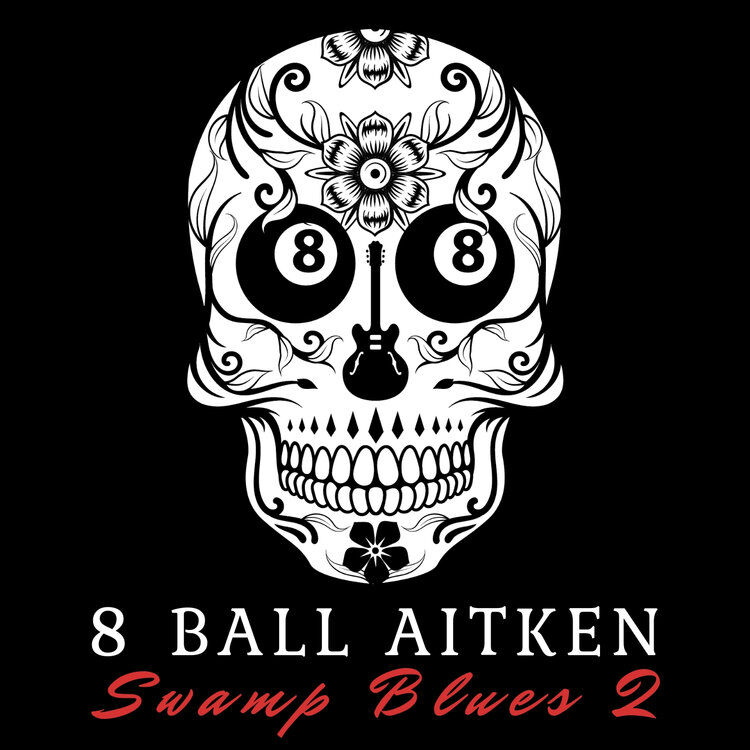 Firstly, the album’s title couldn’t be more spot on if it had been suggested by the Bard himself. The album is just that, Swamp Blues, but it is so much more. The funky, driving rhythms are all in place on songs like “Thirty-Nine,” “Living on the River,” and “Knocking on Your Door.” But again, there’s so much more.

The entirety of Swamp Blues 2 could easily be put in place as a soundtrack to a Quentin Tarantino neo-noir film. It’s as dark and haunting as the bayou at night. Aitken’s mastery of the slide, be it on a six-string, or cigar box mixes perfectly with his whispering, Tom Waits-esque vocals to create what manages to be simultaneously soothing and disquieting.

The album’s opener, “Tremolo Rain,” combines pedal-driven guitar with lyrics describing not only a storm, but various New Orleans characters who may be out in it. A clever lyricist, Aitken plays with words to paint brilliant stories. “Week Man,” is a prime example. It’s a simple lesson in being available to your lover all the time. “My Sexy Guitar,” is a song filled with endearments to his one true love. Well, maybe.

8 Ball adds a few tunes about and/or dedicated to his girlfriend Lindy. “Cherry,” is a wailing slide song dedicated to her. “L.O.V.E.” it turns out, was a challenge from her, and “Cold Shower,” describes the loneliness that Aitken, and most artists I would imagine, feel while on the road and away from loved ones.

Every time I hear a new album, there’s always one song that sticks in my mind. On Swamp Blues 2 that song is “Chocolate, Jack Daniels and LSD.” It’s a short story about a New York City hippie chick who happened to give him the best advice he’s ever received. Although the song has appeared on earlier albums from Aitken, this time the almost-country ditty was recorded with the entire band, the way 8 Ball always thought it should be.

A mixture of balladry, wordplay, and cutting edge guitar, Swamp Blues 2 from 8 Ball Aitken deserves to be in everyone’s collection.