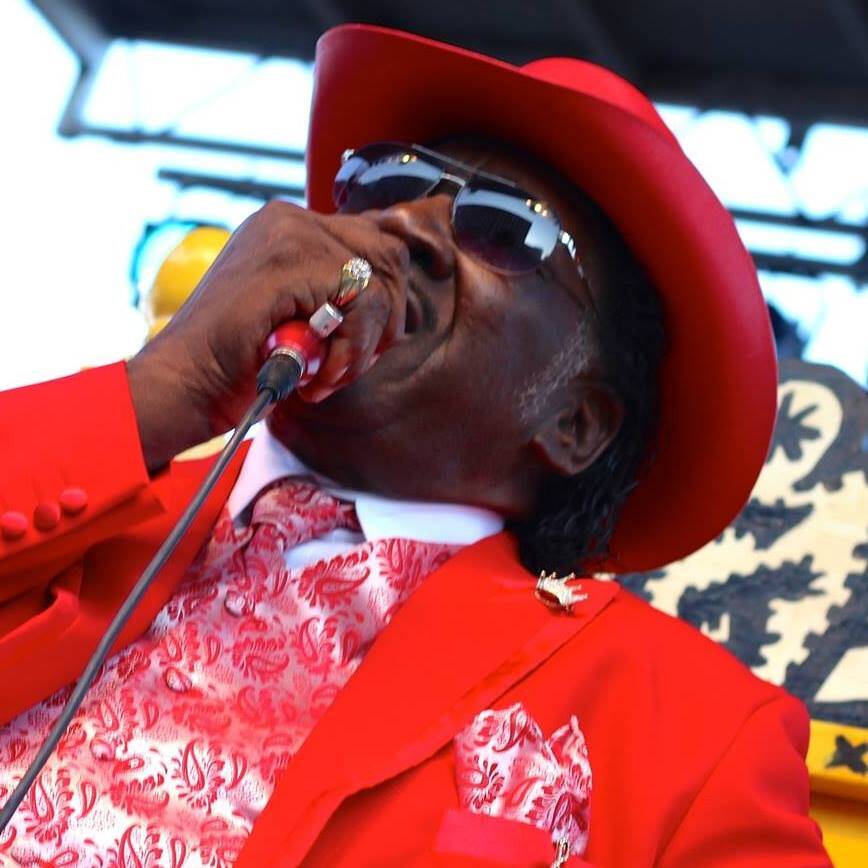 Mississippi-born, St. Louis Bluesman and former club owner, Big George Brock died Friday morning at his home after an extended illness. He was just a month shy of his 88th birthday.

Born on May 16th, 1932 in Grenada, Mississippi, Brock was a man of many parts. He went from cotton picker to boxer (once winning a bout against Sonny Liston), then blues artist and club owner, carving out his own legend after moving to St. Louis from Mississippi in the early 1950s. His first opened Club Caravan in 1952, where he was not only the owner, but bouncer and entertainer as well. Brock’s band, The Houserockers, shared the Club Caravan stage with artists including Albert King, Muddy Waters, Howlin’ Wolf, Jimmy Reed, and Ike & Tina Turner. When a shooting took the life of Brock’s wife in 1970, he closed the club doors. He eventually opened at new Club Caravan at Delmar Boulevard and Taylor Avenue, but closed those doors as well in the late 80s.

Learning harmonica as a child, Brock played it with such force that the sound could shake the room. His booming baritone voice left no doubt there was a bluesman in the room. In the early 1960s, he turned down a record deal with Chess Records. Although they promised him a tour bus and live show proceeds, they refused to pay him royalties.

Brock was known for his colorful, tailored suits and dramatic entrances, often appearing from the basement steps, or the back of a club. He always gave the crowd more than they expected, playing extended sets of blues music as he knew it. “I wanna show people the blues ain’t dead,” he once said.

He was nominated for a Blues Music Award in the category of Best Comeback Album in 2005 for Club Caravan on the Cat Head Delta Blues & Folk Art label. His follow-up on Cathead, Round Two, garnered Brock 3 more nominations the following year. He was also featured in Hard Times, a documentary film on his life in 2006.

George Brock was the patriarch of the St. Louis blues scene. He attended the opening of the National Blues Museum (where one of his suits is on display), played regularly around town including at his own 87th birthday at the Ambassador last year, and was a mentor for other St. Louis artists including blues guitar ace Marquise Knox and 2019 International Blues Challenge champ Ms. Hy-C.