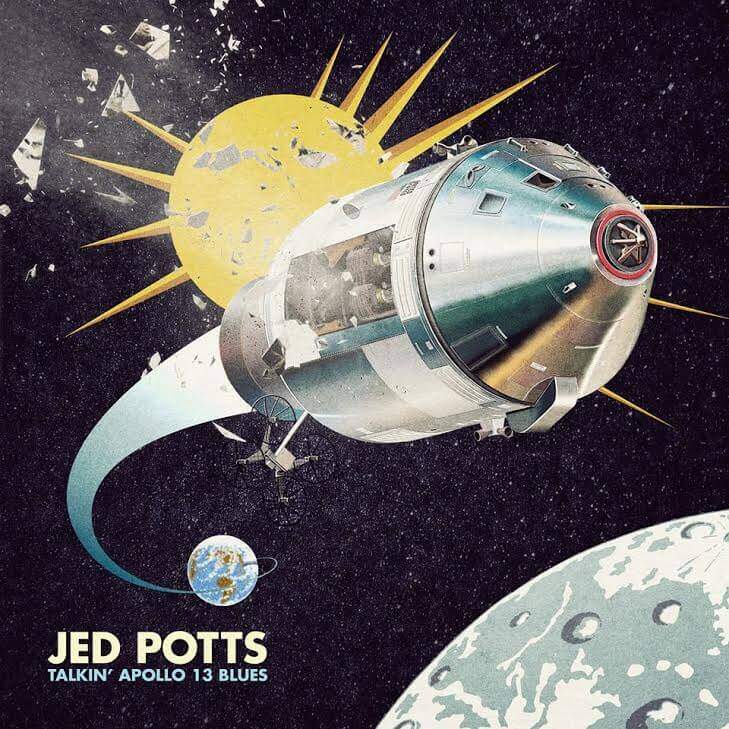 When not performing solo, Jed is lead singer and guitarist with his power trio, Jed Potts & the Hillman Hunters. The band released its eponymous debut album last year to critical acclaim for its American 1950s and 60s down home authentic blues sound.  One reviewer opined, “Blues titans Jed Potts and the Hillman Hunters are as timeless as the classic British car but with the performance, power and refinement of a Formula One racer.” The blues has been in Jed’s blood from an early age, his parents having taken him to BB King and Robert Cray gigs as a child. Potts has been playing the blues professionally since he was 16 and is now one of the premier bluesmen in his native Edinburgh and beyond, including America where he has performed with Piedmont harp maestro Brandon Santini. 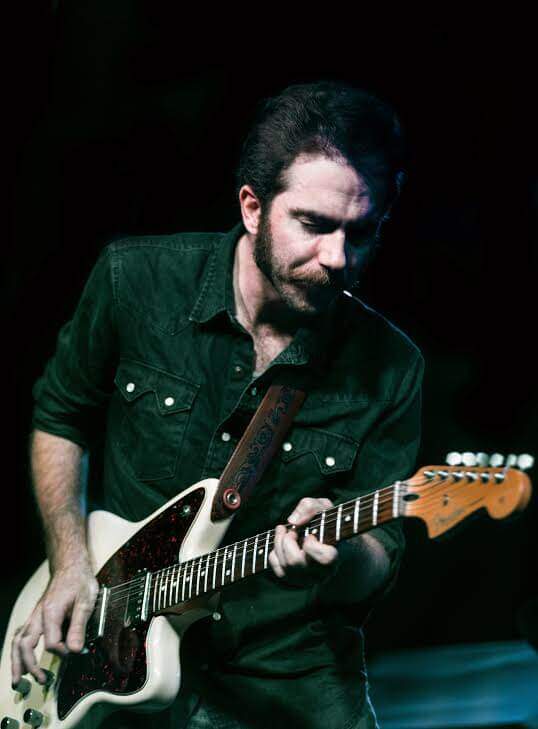 The versatile Potts swaps his Fender Stratocaster for an acoustic guitar and sings solo in the tradition of “talking blues,” a song format popularized during the Great Depression by the likes of Woody Guthrie. Potts’ vocal phrasing and timing in “Talkin’ Apollo Blues” are impeccable given the speed at which the words have to be recited in three minutes! Jed tells the story with an increasing sense of drama commensurate with the oxygen tank explosion which catastrophically damaged the spacecraft and forced the crew to orbit the moon without landing and to return to earth.

A short while later they were well on their way and without being too cocky it was probably safe to say a successful moon landing was as good as in the bank until the boys in mission control asked the crew to stir-up a cryo tank.
There was a real loud bang and all hell broke loose and the thing flew around like a headless goose and just when they were getting it to stay in one place they looked out and saw they were venting something into space.
Turned out to be the oxygen.
Houston, we’ve had a problem

At mission control it was clear within the hour the ship was losing air but also losing power. To get the crew home safe was the new objective of the mission but to turn the ship around was too risky a proposition.
They wouldn’t land on the moon but they’d still have to go around. Would the oxygen last ‘til they were back on the ground? To lose an American in space is out of the question. Get our boys home with time to spare.

Failure is not an option…

A very cold three days later the most dangerous part was yet to come: re-entry was drawing near. Would the damaged spaceship’s heatshields hold or would it burn up in the atmosphere?
*Stand-by for communications black-out.
This radio silence should last three minutes but that had come and gone.

To summarize the story, sustain the tension and maintain the relentless pace throughout with mesmeric strumming and fingerpicking background guitar work is a great achievement on Jed’s part.

All in all a neat tribute with a blues vibe to accompany it.

“Talkin’ Apollo 13 Blues” is accompanied by a video created by graphic design company Lentil. which will premiere via Jed Potts Facebook on Saturday the 11th April at 19:13 UK time – the 50th anniversary of the exact minute of the launch.

The song is available on all major streaming platforms including Spotify, and available for purchase on Bandcamp.