Attitudes in the Age of the Pandemic 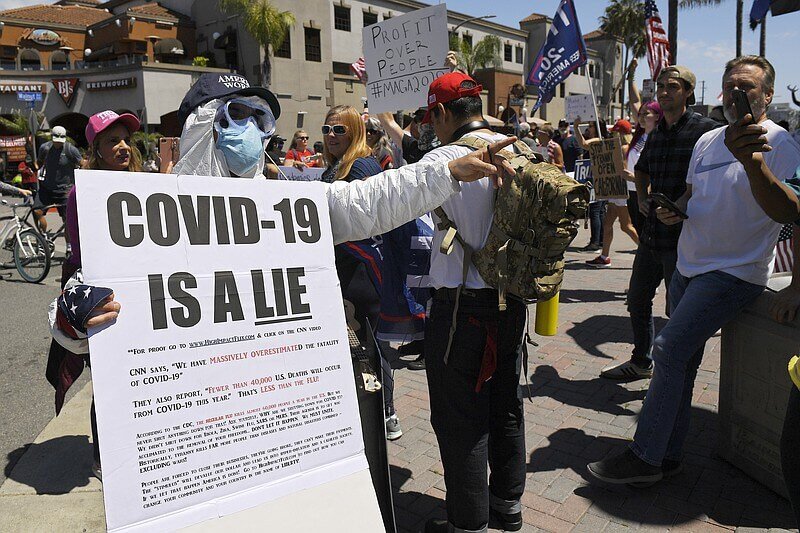 The pandemic is splitting society into two fundamental groups: those looking after their own needs regardless of whom else it hurts and the caregivers and service providers who answer the new clarion call of “we’re all in this together” — with all its contradictions of what “together” means in the new world disorder. I’d like to think I’m a flag waver for the latter group in that I’m busy every day writing about artists who appear once again to be at the end of the food chain, blues artists being particularly vulnerable. My hope is that my words bring these artists added visibility, and that you, the music fan, support their struggle for survival.

As a person over the age of 60 and therefore considered more vulnerable to dying from the coronavirus, I would like to address the every-person-for-himself group with my views on things. Because most of the people “on the front lines” are too busy saving lives to respond to this more vocal group that commands more attention in the news than people like us do.

Those of us over 60 have become the new minority subjected to the same prejudices all minorities have suffered through history. I hear the argument that I’ve lived my life and that I should sit in a corner and give younger people a chance to live their lives, and if living their lives compromises my chance of survival, that’s ok because I’ve lived a “good” life. I in particular find that point of view distasteful because I was commanded to give up my dreams when I graduated from college and risk my life in Vietnam. Now, at the other end of my life, I’m supposed to roll over and play dead while these people congregate and pass the virus on to all of society.

I don’t think so.

I’ve been told by one of my Facebook friends, that I’m in my “twilight years.” To hell with you! I’m healthier at 76 than most people at 50. I’ve gotten there by taking care of myself. Most people in my family respect my wishes to sequester myself in my home, but some of them forget that when it gets in the way of their agenda.

As a music journalist, I have half a century of interviews with artists who prove that age is relative and is measured in one’s health, vitality, creativity and attitude more than in chronological age. Most of those I’ve interviewed who are over 60 are younger in every way except chronology. They love what they do. Their fans love them and identify with the catharsis their music supplies as therapy for the kind of mess humanity is in right now.

Some people under 60 feel that government orders to shut down public gatherings should not apply to them because they’re not in the category likely to die from this disease. Let’s see what these people say weeks from now when the re-openings spike the curve of deaths again, and they’re dying in larger numbers than people over 60.

I told my 15-year-old grandson that I weighed my options when ordered to Vietnam. I could exile myself to Canada for life. I could go to jail, or I could tie the Army up in legal battles until I was “too short” to go.  The stats on those killed in Nam were about 5%.  The stats on my dying from coronavirus are better. But at 76 I have more control over my destiny, and the thought of slowly strangling to death from this disease in order to facilitate some younger person’s need for personal freedom is a hard pill to swallow.

I write for a lot of blues publications. American Blues Scene is a favorite because they think young for a publication aimed at an older demographic. They understand the importance of being current and getting the story to the street in a timely manner. They don’t define blues within a narrow definition. And they don’t look at me as being in my “twilight years.” The intrinsically understand that when I interview a young act like Larkin Poe who gains inspiration from a legacy act like Son House, that I get it because I saw him perform live in 1970 at the Ann Arbor Blues Festival. They respect me and I respect them.