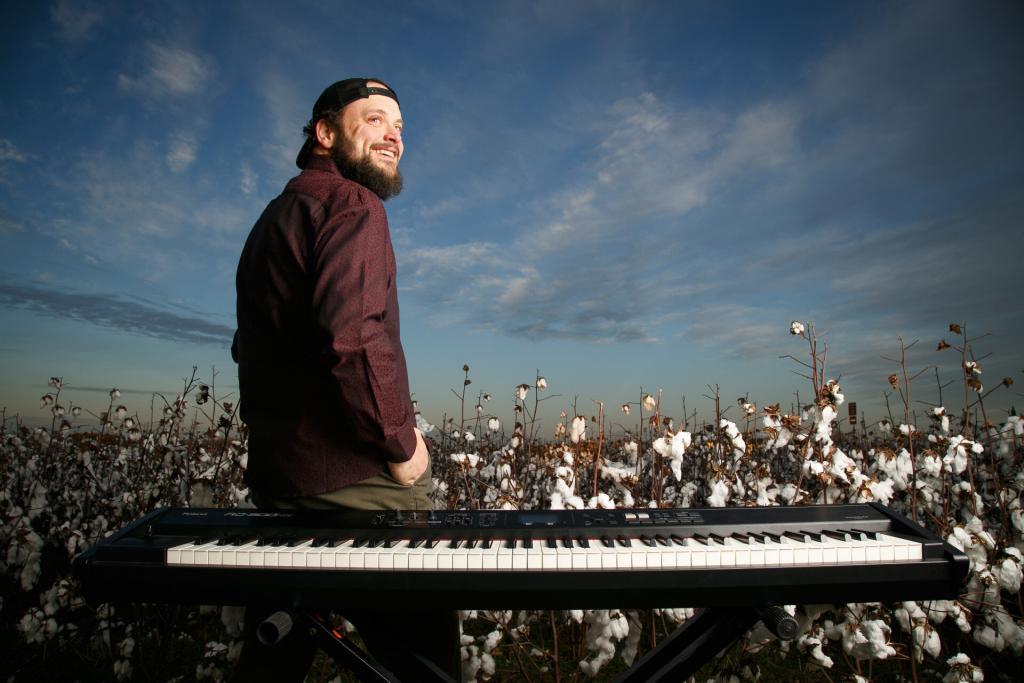 “Everyone’s welcome aboard the train,” says 7X BMA winner and GRAMMY® nominated artist Victor Wainwright. With his group The Train, he has once again succeeded in bringing us a top-notch album. Memphis Loud is chock-full of original music. Truly, something for everyone.

Stick a pin in the post-millennium roots scene and you’ll find Wainwright at the heart of the action, breaking the rules. Since perking up ears with his 2005 release, Piana’ From Savannah, the now Memphis-based Savannah, Georgia native has been a vital force in the American roots scene, lost count of his industry awards, and elbowed aside the pop pretenders to scale the dizzying heights of the Billboard Top 10. He’s an ageless, genre-defying presence, busting at the seams with original music that darts between Americana, Jam, Soul, Funk, Blues, Jazz and even Psyche- delia.

Memphis Loud kicks off with “Mississippi.” A pounding piano piece that sets the tone for the rest of the album. We found as we listened more and more, that you can truly hear the train chugging through each and every song. We’re not saying this is a story album, however if Memphis Loud has one particular image running through it, it’s the sound of that train. It’s that sound, whether fast and pounding like a runaway locomotive, or slowing to steam-gushing stop that ties all the songs together.

“Our fans are like locomotive firemen, frantically shoveling coal into the furnace. They fuel us as we pull handles, twist knobs and screech around bends. With flying sparks and a wicked whistle, we’re arriving right on time with Memphis Loud.” – Victor Wainwright

Memphis Loud is truly right on time. The follow up to 2018’s Victor Wainwright & The Train, the new release is even more powerful, more focused, just more.

“Walk the Walk,” has a funky, old-school, New Orleans, rock n’ roll sound. The Train slows a bit with the torchy “Sing,” a song that would be as comfortable in 1920s Harlem at the Cotton Club as it is in Beale Street clubs 100 years later. Wainwright’s powerful vocals mesh perfectly with the jazzy vibe of the horns and percussion.

Victor adds some growl to his voice on the 70s ambiance of “Disappear.” Imagine early Billy Joel meets Seals & Crofts with some killer guitar. The Train picks up steam with “Creek Don’t Rise,” and “Golden Rule,” the latter adding some sweet, Bluff City soul to the mix.

One thing we noticed throughout is that being recorded live in the studio with all the musicians in place, the little ad-libs from band members are present throughout. This gives Memphis Loud the feeling of being front row at a live show. Best known for his prowess on the keys, Wainwright’s vocals and lyrical skills (he wrote or co-wrote all 12 tracks) are directly on point.

Even the slower tracks on Memphis Loud build to almost dizzying heights. The metaphor of a train leaving the station and building speed cannot be overused here. Songs including “America,” and “Recovery,” are prime examples.

As far as our favorite track – we have to split it between the thumping “My Dog Riley,” a honky-tonk ode to Wainwright’s best friend, and the title track. “Memphis Loud,” shows off the skills of the entire band, with Wainwright’s hammering piano mastery mixing with break-neck percussion, killer horns, and great vocals. The anthemic title track leaves no doubt Memphis Loud is barreling through.

No one can describe Memphis Loud better than Victor Wainwright himself:

I like to produce and write with immense musical curiosity, leaving no roots stone unturned, but pushing the art-form forward. I carry with me the lessons from my grandfather, who taught me piano, and countless hours studying the roots of blues, genuine rock ‘n’ roll,  jazz, boogie-woogie and honky-tonk, all the while honestly developing that into something modern, fun, unique, emotional and powerful.

Exactly! Oh, and one more bit of advice. When you get your hands on Memphis Loud and hit play – TURN IT UP!