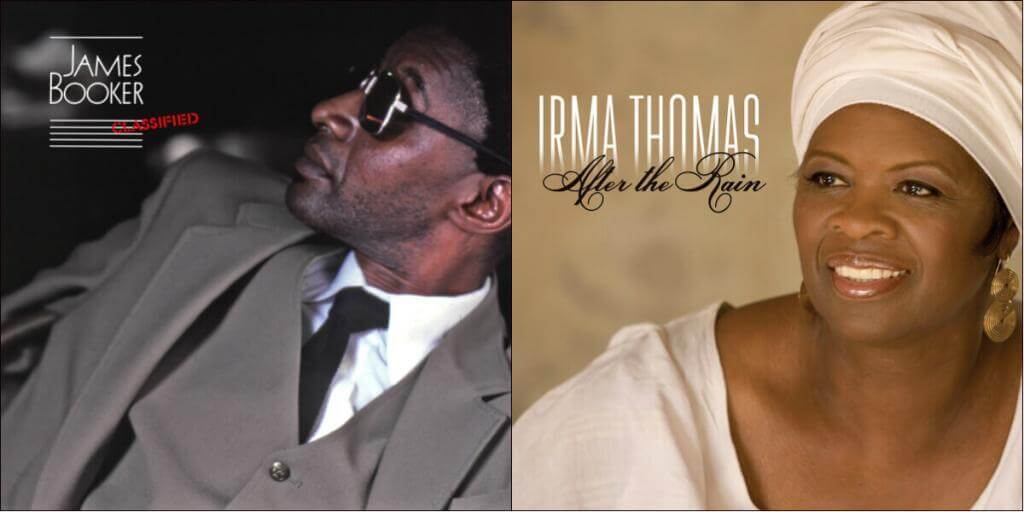 Craft Recordings is proud to reissue two significant titles from New Orleans royalty: Classified from R&B piano virtuoso James Booker and the GRAMMY® Award-winning After the Rain, from soul singer Irma Thomas. Both LPs will be available July 31st. These albums are not only significant to the rich, musical culture of New Orleans but are also standouts in Rounder Records’ vast catalog. The legendary roots label, which is celebrating its 50th year throughout 2020, will be reissuing key titles, as well as special box sets via Craft Recordings. Additionally, the label will be planning events, an original podcast series, curated playlists, exclusive video content, and limited-edition merchandise. 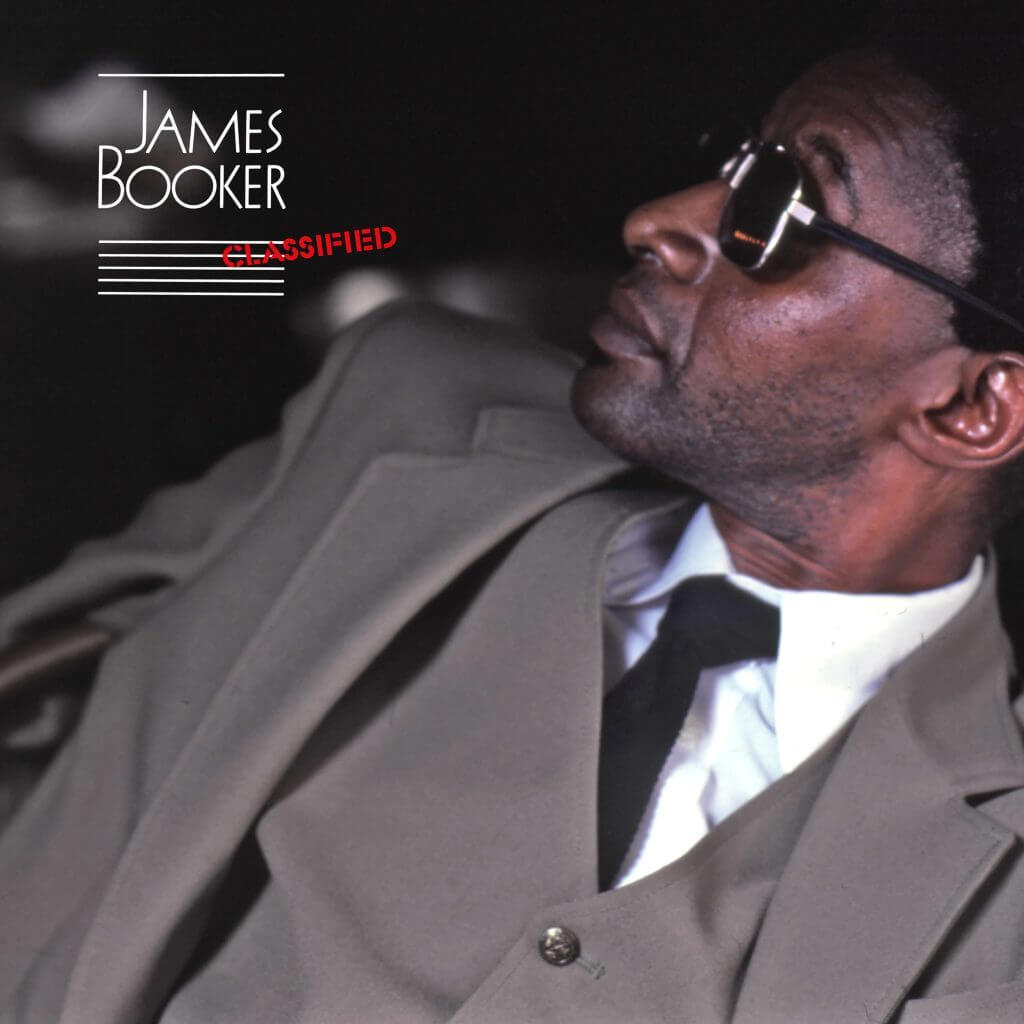 Throughout his short but blazing career, James Booker was one of the most unique and innovative talents in the jazz and R&B world. Known for his dizzying technique at the keyboard, the flamboyant artist coined a myriad of titles for himself: from “The Piano Prince of New Orleans” to “The Bayou Maharajah” to “The Bronze Liberace.”

The New Orleans native’s musical talents were apparent early on, and he made his recording debut while he was still a teenager—releasing a series of singles in the late ’50s and early ’60s, including “Gonzo,” which hit No. 3 on the R&B Chart. Throughout the ’70s, the artist was a regular fixture in Dr. John’s touring band, while in the studio, Booker recorded as a sideman for Ringo Starr, The Doobie Brothers, John Mayall, and Labelle, among other major acts. The artist also spent time in Europe, where he enjoyed a warm reception as an artist. While abroad, he made appearances at the renowned Montreux and Nice Jazz Festivals in France and performed on the BBC in the UK. Sadly, Booker, who struggled with drug addiction throughout much of his life, died at the age of 43.

A deeply complex character, Booker only released two studio albums in his lifetime. However, Classified—his unintended swan song—offers one of his greatest commercially released performances. Recorded in 1982, Classified is primarily the result of a whirlwind, four-hour session, in which Booker gave it his all, after a frustrating few days in the studio. In addition to several originals, the tracklist includes a jaunty repertoire of mainly local fare, including Fats Domino’s “One for the Highway,” a Professor Longhair medley, “Bald Head”/”Tipitina,” and Lloyd Price’s “Lawdy Miss Clawdy.”

Jazz Times called Classified, “A masterful work,” declaring that “Booker was at the top of his game,” while AllMusic proclaimed the recording to be “One of the great blues albums of the ’80s,” praising that the tracks on the album “showcase his idiosyncrasies; how he simultaneously builds on tradition while playing with it.”

In the liner notes for a 2013 expanded edition of the LP, the session’s producer, Scott Billington, wrote, “Classified is by no means James Booker’s best album. In fact, that mythical recording is still out there, on the cassette tapes that fans around the world…traded for the past thirty years. Yet, the album offers material and perhaps an attitude that can be heard nowhere else.” He adds, “One can imagine so many ‘if only…’ moments that might have led James Booker down a different path, but perhaps the life he lived was the only one possible for him, and that his recklessness was the counter-balance to the musical heights he could so often achieve. As [tenor saxophonist] Red Tyler said to me after Booker left the studio, ‘It’s like trying to capture the wind.’”

On August 14th, Vinyl Me, Please. will be releasing an exclusive color variant (taupe splatter) of the James Booker Classified vinyl in celebration of Rounder’s 50th. 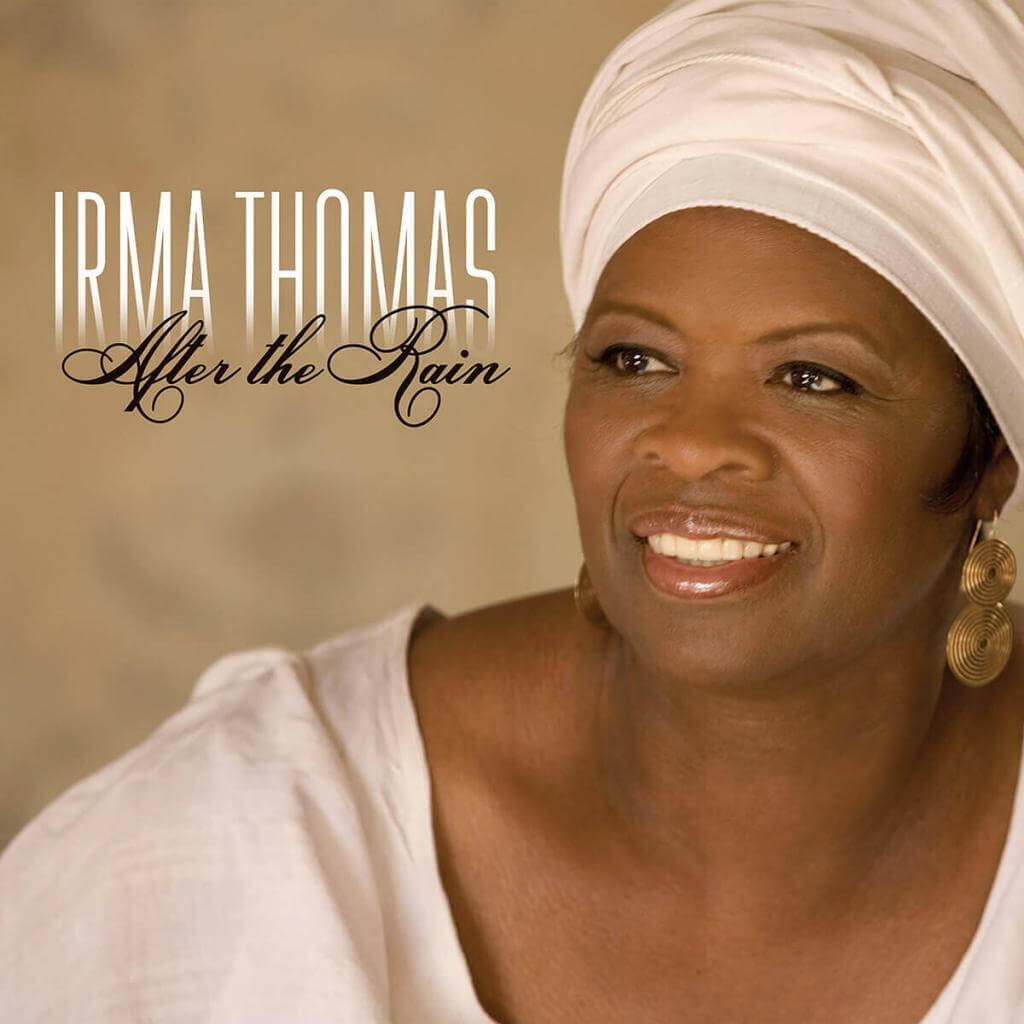 While James Booker was “The Bayou Maharajah,” Irma Thomas continues to reign as the “Soul Queen of New Orleans.” The singer, who scored her first charting R&B single, “Don’t Mess With My Man,” before her 20th birthday, has enjoyed a long career, working with some of the greatest songwriters of the modern era. Early on, Thomas collaborated with songwriter, musician, producer and fellow New Orleans icon Allen Toussaint, releasing singles like “It’s Raining” and “Ruler of My Heart” (which was later reworked by Otis Redding as “Pain in My Heart”). In the mid-’60s, Thomas scored a string of popular songs including, “Wish Someone Would Care,” “Breakaway” (written by Jackie DeShannon and Sharon Sheeley), and “Anyone Who Knows What Love Is (Will Understand),” co-written by Randy Newman. In the span of her sixty-year career, Thomas has released 21 albums and over 30 singles.

For her 18th studio album, After the Rain, Thomas lent her rich and deeply nuanced vocals to a varied repertoire that spanned 75 years of American songwriting—from Billy Taylor and Dick Dallas’ “I Wish I Knew How It Would Feel to Be Free” to Blind Willie Johnson’s “(The) Soul of a Man” to Eleni Mandell’s more recent “Another Lonely Heart.” It was an unusual selection of songs for Thomas, but Billington—who was about to produce his seventh album for the singer —“wanted to try something new,” he recalls. “I felt that we were repeating ourselves—going for a kind of ’70s New Orleans R&B vibe. I began to imagine instead a mostly acoustic setting for Irma, with songs that were chosen simply because they would resonate with her—because she would sound good singing them, and they could showcase her voice without horns or a big band.” Thomas was hesitant at first, but decided to give it a try.

Billington enlisted an all-star collection of local talent to join Thomas in the studio, including singer-songwriter Marc Broussard on backing vocals, blues and reggae artist Corey Harris on acoustic guitar, jazz and funk percussionist Stanton Moore on drums, the late David Egan on piano, and bassist James Singleton (who was also, coincidentally, the bassist on Classified). As Billington predicted, the band’s spare, often acoustic accompaniment allowed Irma’s soulful vocals and direct-from-the-heart delivery to be the focal point on each track.

Recorded at the rural Dockside Studio in Maurice, Louisiana only months after Hurricane Katrina, After the Rain is a remarkable declaration of resilience. Though the majority of the songs were chosen prior to the hurricane—which destroyed Thomas’ home—the album’s eerily prophetic themes offer a poignant message of hope after loss. “It was the first time any of the musicians had seen one another, and it was very emotional,” remembers Billington. “Even though we had chosen all of the songs before the storm, every one of them seemed now to be about the loss everyone had suffered. We added only one song—Stevie Wonder’s ‘Shelter in the Rain.’”

Upon its release, After the Rain received wide acclaim. The Austin Chronicle called the album “a statement of [Thomas’] extraordinary strength, as well as her ability to inhabit a surprisingly varied repertoire,” while AllMusic praised that Thomas “gives each song a kind of elegant resignation with her low-key vocal approach, until the whole album seems like one long, whispered effort to recapture hope in the future.” After the Rain also earned Thomas her first GRAMMY® win—for Best Contemporary Blues Album at the 49th annual awards ceremony.

Click here to pre-order Irma Thomas’ After The Rain.

Click here for exclusive bundle available via the Craft Store.