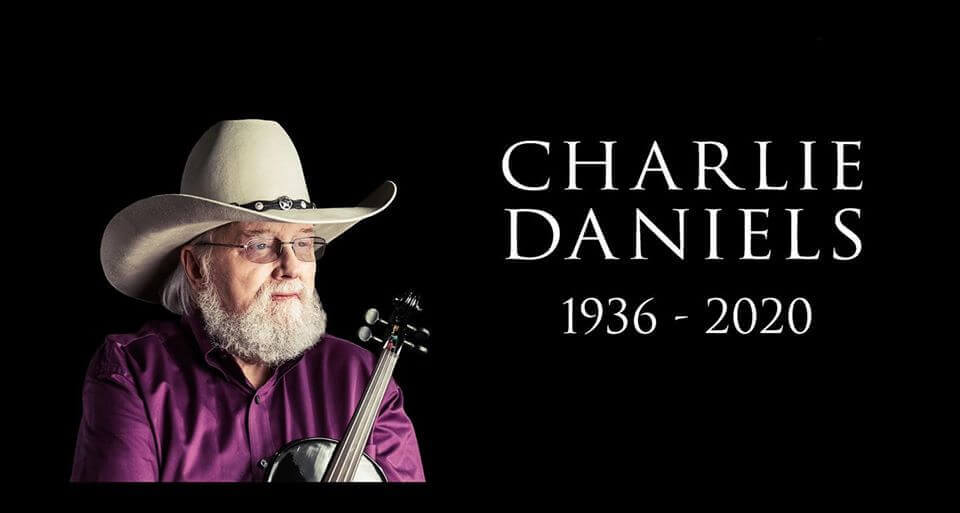 A legend in country music, Southern rock, & bluegrass, multi-instrumentalist Charlie Daniels has died. Daniels’ death was confirmed by his publicist Don Murry Grubbs. He was 83.

Born Charles Edward Daniels on October 28th, 1936 in Wilmington, North Carolina, he was raised on a musical diet that included Pentecostal gospel, local bluegrass bands, and the rhythm & blues and country music from Nashville’s 50,000-watt radio stations WLAC and WSM (AM). Already skilled on guitar, fiddle, banjo, and mandolin, he formed a rock ‘n’ roll band and hit the road after his high school graduation in 1955.

Daniels was a successful songwriter and session musician, playing on recordings by Bob Dylan, Leonard Cohen, Marshall Tucker Band, Hank Williams, Jr. and others. His first hit song was 1973’s “Uneasy Rider” from his 3rd studio album, Honey in the Rock.

In 1979, Daniels won a Grammy Award for what would be his biggest hit, the cross-over song, “The Devil Went Down to Georgia.”

My first introduction to Daniels was from acquiring his second album, Te John, Grease, & Wolfman, which didn’t garner any hits, but had a couple great blues covers by way of Mose Allison’s “Parchmont Farm,” and Stick McGee’s “Drinkin’ Wine, Spo-Dee-O-Dee.” My all-time favorite from his was Million Mile Reflections, but not because of the “Devil” song. It was because of the song “Reflections,” which paid homage to Elvis Presley, Janis Joplin, and Ronnie Van Zant. A couple other noteworthy, but underappreciated songs from the album are “Blind Man,” and the 7-minute-long jam song, “Rainbow Ride.”

Other singles of his are on my mental play list and pop on from time to time. “Trudy,” “Long Haired Country Boy,” (with Dickey Betts on dobro), “Wichita Jail,” “Billy the Kid,” “Drinkin’ My Baby Goodbye,” and, of course, his epic version of the “Orange Blossom Special.”

I was privileged to see him live nearly a dozen times all across the country, including a very up-close-and-personal performance at the Crystal River Manatee Festival in 1985. Although that concert actually lost money due to poor attendance, I was one of the fortunate few who actually sat awestruck on the edge of the stage.

Charlie made no bones about his politics, although they tended to lean from left to right over time. He spoke his mind in his songs, winning fans, and sometimes gaining adversaries. He was an outdoorsman, an NRA member, and a staunch supporter of the military. He was married to his wife Hazel for over 55 years, and made comebacks after suffering a badly broken arm, prostate cancer, pneumonia, a stroke, and the implementation of a pacemaker.

In all, Charlie Daniels released 36 studio albums, 19 live and compilation albums, and 36 charting singles. He was inducted as a member of the Grand Ole Opry in 2008, and the Country Music Hall of Fame in 2016.

Daniels died Monday morning (July 6) at Summit Medical Center in Hermitage, Tennessee. Doctors determined the cause of death was a hemorrhagic stroke.

It’ll be a little quieter, a bit less rambunctious in Tennessee and around the world, but we only need drop a needle and relive this Long Haired Country Boy’s life and legacy.