Watch: Mighty Joe Castro & The Gravamen Premiere Video for “There Are No Secrets Here” 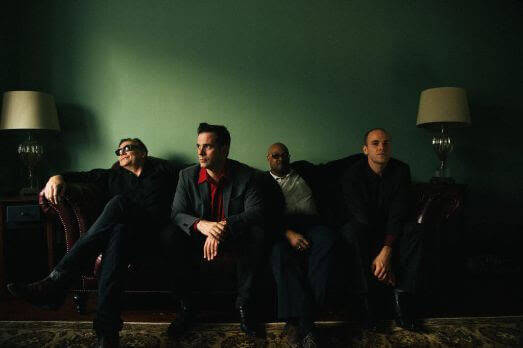 Influenced by 50’s Rock and Roll and infused with post modern Easter eggs cribbed from old episodes of MTV’s 120 Minutes, Mighty Joe Castro (The Situation, The Lift Up) takes a modern, lyric driven approach to songwriting while The Gravamen layer on Jesus and Mary Chain-cover-Link Wray guitar atmosphere, booming doghouse bass and swinging beats to the ten songs that make up the album. The quartet lurks at a crossroads where Sun Records and Creation Records meet, ready to strike a bargain with Old Scratch and stake their eternal souls on a marvelous gem of a debut album, Come On Angels! 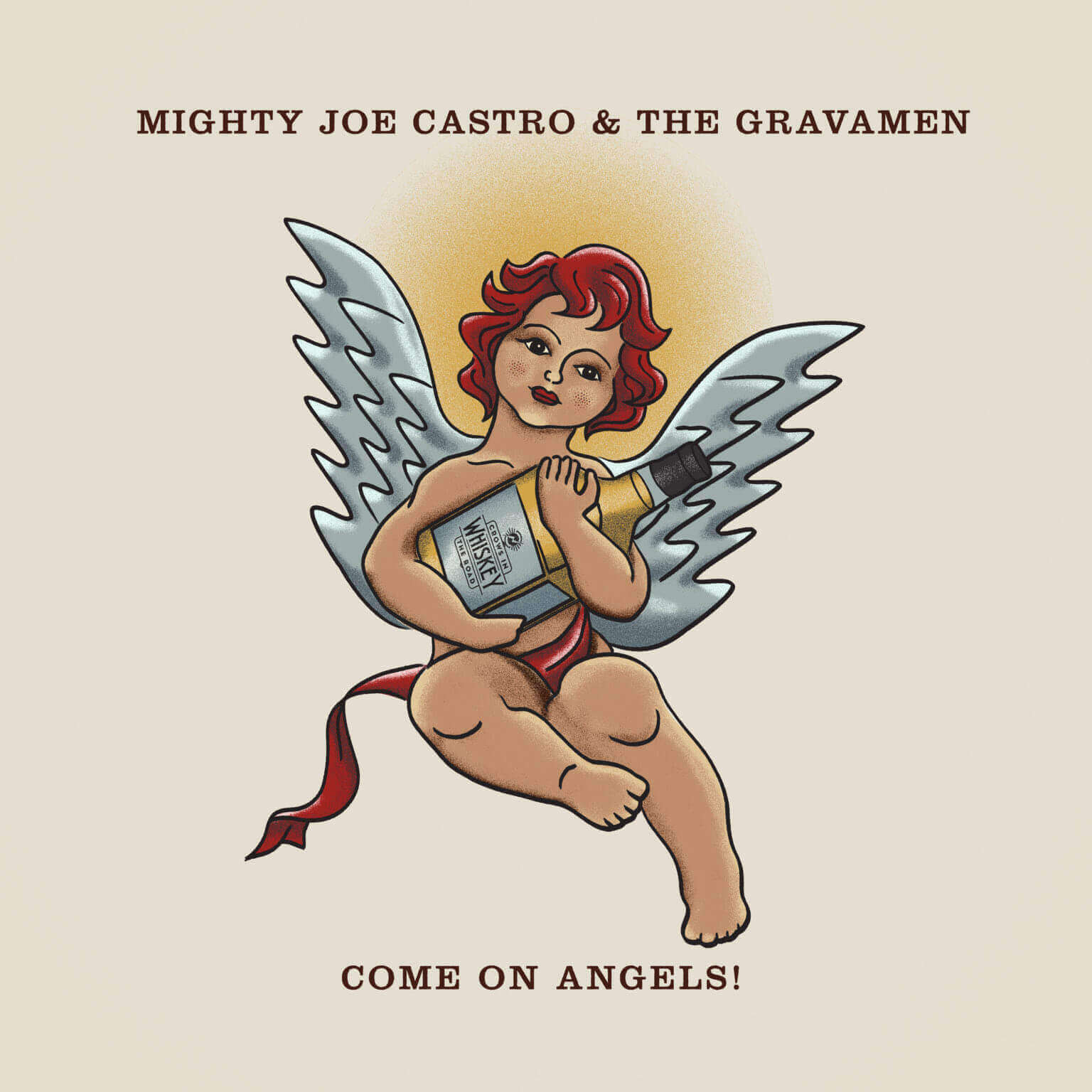 The majority of the songs on Come on Angels! were written by Castro, who after years of playing guitar in semi-successful alt rock bands became fed up with the business side of the industry and decided to give up music for good to focus on his blossoming visual art career.  That is, until his wife bought him an acoustic guitar in 2010 to play for their newborn daughter and unattached to a band, Castro started writing songs.

“I had no experience with singing and playing guitar at the same time, so I began teaching myself old rock-n-roll songs — Buddy Holly, Ritchie Valens, Bob Dylan, Dion, The Ramones, etc. — because the chords are so simple.  I fell back in love with playing music again, and, when I realized I could sing, that opened up a whole new world for me.  My taste in music started changing and I got really into songwriters like Leonard Cohen, Tom Waits, Nick Cave. I started to believe I could front my own band.”

Growing up, Castro’s parents played the classics in their home – Elvis, Johnny Cash, Chuck Berry and old doo-wop records – and one of his earliest memories was his mother breaking down and crying when she heard the news of Elvis’ death.  These rock Gods were heroes in the Castro home. A teenage fascination with movies like La Bamba, Great Balls of Fire and The Outsiders cemented his passion for 1950s style and the mythology surrounding the origins of rock and roll.  “I love that whole mid-century aesthetic – the dress style, the sense of design, the beauty of old cars and appliances. I was obsessed with vintage diners and old movies. A lot of that carried over to my visual collage art as well”

“I wanted a band that, if needed, could play a whole show acoustic, without electricity, and still have that raw energy and excitement,” he says. Castro knew he had lightning in a bottle after his first rehearsal with bassist H00V3R and drummer Dallas – a seasoned, dynamic rhythm section, who spent years playing together in Philadelphia’s punk rock stalwarts, Thorazine. The final missing piece, hot shot lead guitarist Michael Stingle, was more serendipity at work. “He’s a really gifted technical player–much better than me honestly–but our guitar styles really compliment each other.” says Castro. “He plays to the light, I play to the shade.  Plus he brings a lot of energy to our live sound.”

“Our goal is to play original rock-n-roll, in the style of the pioneers, but update it lyrically and sonically,” says Castro.  “What if Buddy Holly had access to a stack of effects pedals and some Nick Cave and the Bad Seeds records?”

The album opens with “There Are No Secrets Here” and segues into the title track, “Come on Angels!” bringing the feel of a Ritchie Valens acoustic rocker and an instantly memorable chorus, “Come on Angels, Pour the whiskey, come on angel, sing it with me tonight…” They reinterpret Ted Hawkin’s classic “Cold and Bitter Tears” soul tune into the style of vintage Sun Records and “Whispering Hell (The Finish Line),” would be at home in any dance hall.  A lamenting waltz, “For Every Setting Sun” is then followed by “June (90 Degrees),” a bluesy southern gothic murder ballad. “Why Not Just Give In This Time” is upbeat and danceable, “I never wanted you to pack up and move on…why not just give in this time?”  The album winds down with the striped down, folky “Better Hold Tight” and the dark rumble of “Angeline” before closing with country rave up vibe of, “You’ve Got It All (So What Are You Looking For?)”

“I think that, by the end of the 1990s, rock had been pushed to every limit possible,” says Castro. “And when you get to the end of a road, sometimes you need to turn around and head back to the start to clear a new path. Take what we’ve learned, everything great that’s come after and go apply it to that original sound. That’s the ethos of the band.  But for me, it was about falling in love with music again.  Back to the roots.”

As soon as the world opens up again and live concerts happen, Mighty Joe Castro & The Gravamen will play select dates in support of “Come on Angels!”

Watch the video for their single, “There Are No Secrets Here,” below.