Eli Cook Hits Like a Haymaker with ‘All Night Thing’ 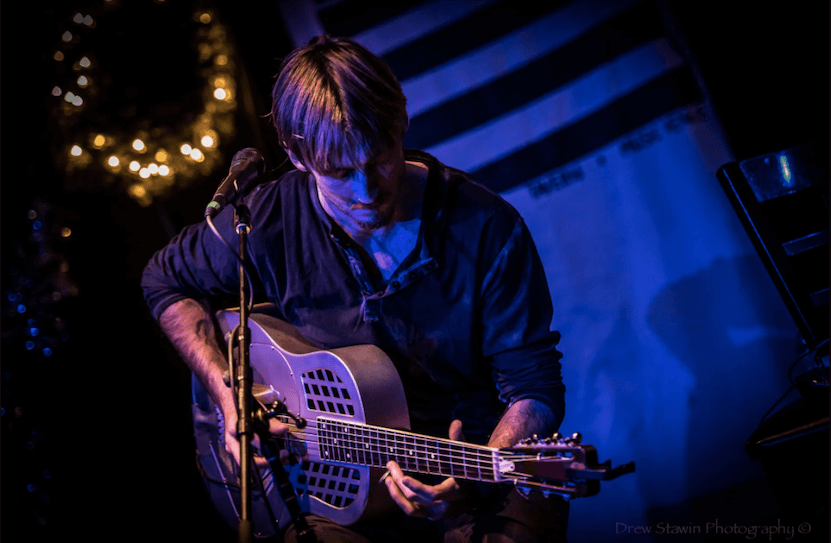 All Night Thing is the new three-song EP from Eli Cook, the tall, lanky guitarist with golden guitar fingers and a voice of the past. The new songs are full of swagger and tall tales of love, lust, and guitar riffs to outlast Keith Richards. The blues haven’t left Mr. Cook. He’s still got ’em; they just went and got hitched with country and rock in the middle of the night. 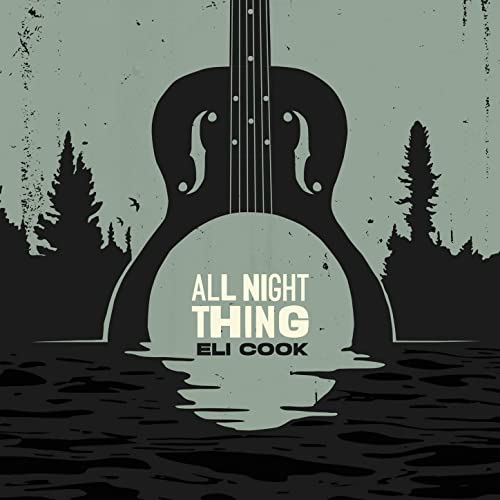 This three-song EP (out June 5) was produced by Eli and Mike Moxham recording at a home recording studio in Virginia with Mike Poole mixing. The album was mastered by Eric Conn (Garth Brooks) at Independent Mastering in Nashville, TN. All songs are written by Eli himself and all the guitar/bass parts along with Nate Brown and Chuck Crenshaw on drums.

“I want this record to sound like John Fogerty and Billy Gibbons forced Scott Weiland to listen to Chuck Berry and Bill Haley records for a week and then had a jam session. It’s meant to be a call back to the earliest era of blues-based rock ‘n’ roll, yet undeniably influenced by the latter gods of Southern songwriting. And as always, the grunge giants that embody extreme attitude and energy because it has to have the swagger to the nines and make people move compulsively.”

Born and raised at the foothills of the Blue Ridge Mountains in VA, Eli started young, and by the time he was 18, he was playing church revivals, “juke-joints” and opening up for B.B. King, Johnny Winter, and Robin Trower. He has been spending the good part of these past three years playing live, solo, or with his power trio.

Over the years, Eli has always been known for two things; his singing voice and his guitar playing both are aging well. Both talents have grown over the years, and his perspective has always been different, a little tattered, filled with observational humor, a little wordplay, and a whole lot of truth. Eli cites the Bible, Shakespeare, and the gaze of the Mona Lisa in “All Night Thing.”

Mona Lisa with your grin, my knees are weakening, I give up

Your temptations got my patience wearin’ out and feelin’ rough

But your reds will leave a fella blue

And I knew you would be trouble, but I didn’t know just how much.

“Sweet Jane Octane” is about a high drama female that he had a hard time shaking off. It’s got a blues shuffle, a country melody, and rocker’s attitude:

She was a non-stop, trip-hop, psychedelic cold shot

She left me rhythm and blue

I was a laid-back Cadillac; she broke me in the first act

What in the world could I do?

With the stripped-down “Miss Treatenest,” he references some old slang for watches and time; ‘Elgin Movement, ’ which is cited in “Walking Blues” from Robert Johnson when describing women and their bodies as to have ‘Elgin Movements’ – curvy, famous and clockwork.

I don’t want no lovin’, that ain’t soul to soul

But these all-night ladies just wanna rock and roll

They got Elgin Movement from head to toe

Before I see them coming, they already out the door.

Born and raised at the foothills of the Blue Ridge Mountains in VA, Eli started young, and by the time he was 18, he was playing church revivals, “juke-joints” and opening up for B.B. King, Johnny Winter, and Robin Trower. He has been spending the good part of these past three years playing live, solo, or with his power trio.

Watch the video for “All Night Thing,” shot and edited by Aaron Vogely.