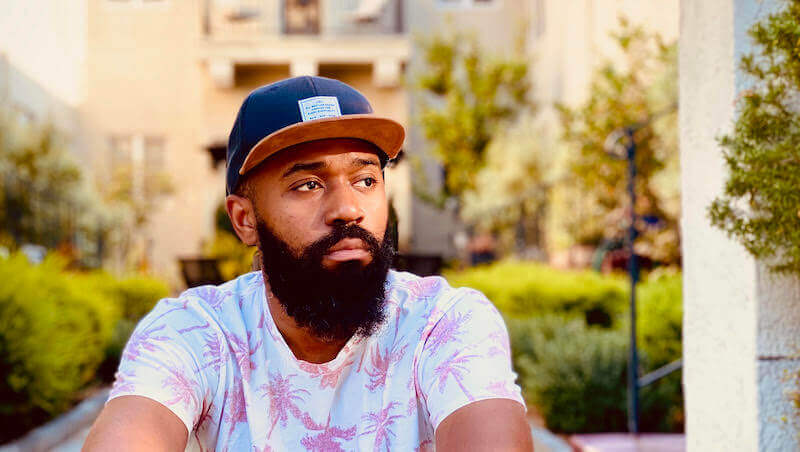 Each week, prominent musicians of various genres will play songs and also answer questions about literature — making for a unique video format. The Mighty SONG Writers series will continue with a new video every Wednesday, aiming to raise money to support Mighty Writers, whose mission is to teach low-income and minority kids to think clearly and write with clarity. The organization offers free programs for students from elementary through high school at nine centers in diverse neighborhoods around Philadelphia and New Jersey, including several bilingual locations for Spanish-speaking students.

In this episode, Jackson discusses his writing influences, particularly a high school teacher who helped to guide him towards a writing career across TV, music, and poetry. He also shares an original poem and performs songs from his upcoming EP, The Redondo Tape.

Phil Augusta Jackson is a writer, actor, director, poet, and musician from Philadelphia now based in LA. A co-executive producer of HBO’s Insecure, Jackson also has written for Key & Peele, Survivor’s Remorse, Brooklyn Nine-Nine (also a director and former supervising producer), and more. He has been nominated for Emmy, WGA, and NAACP awards and has self-produced and directed shorts and music videos. He made previous appearances at the Montreal Just for Laughs Festival’s New Faces Characters Showcase, and he was the resident poet for The Chris Gethard Show. Jackson’s next release, The Redondo Tape EP, will be out September 4th.

“Don’t write about what you think others expect you should—write from the heart and from your own experience. People can sense the authenticity that comes from creative writing,” Jackson says in the episode. Below is a poem he wrote, an example of his own authentic, creative writing.

if we did, we’d get sick to our stomachs
and ache so deep that it would make US weep
and we’d learn from our mistake
but who wants that on his plate