Keep the Music Playing with ‘Save our Stages’ Campaign

The time is now to help save our beloved independent music venues. Today, the National Independent Venue Association is asking music lovers for a final push of letters to Congress. There won’t be another opportunity. Please help #SaveOurStages now. By filling out a simple form, tell your legislators to support the RESTART act, which would financial aid in various forms to small businesses such as venues. 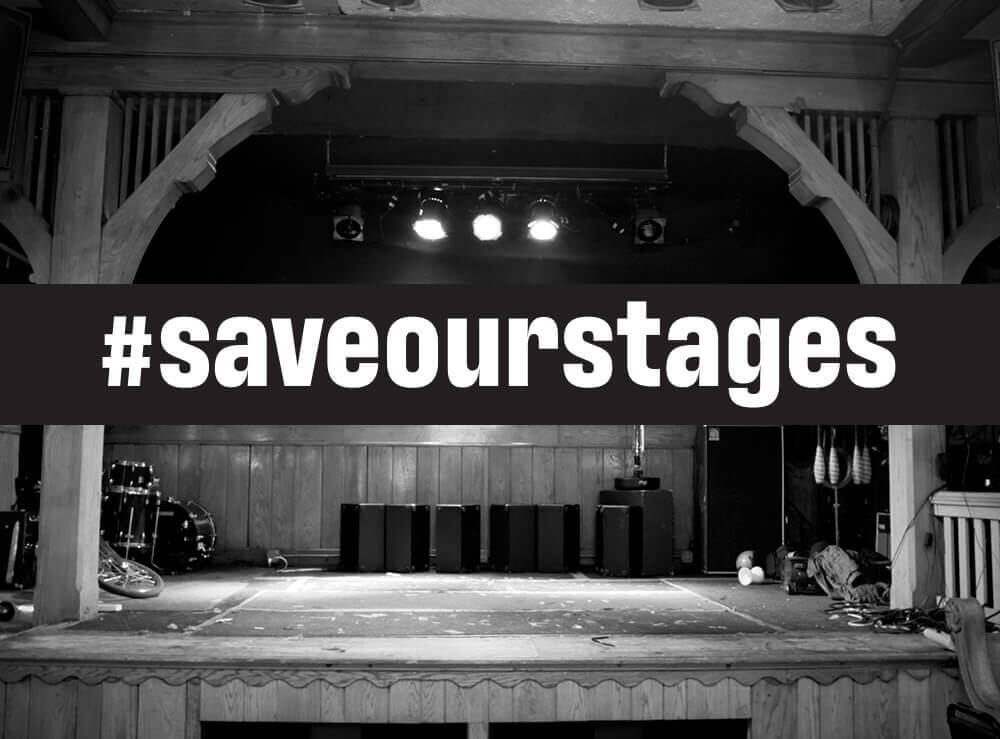 The mission of the National Independent Venue Association (NIVA) is to preserve and nurture the ecosystem of independent live music venues and promoters throughout the United States. They estimate that without assistance in the shape of such grants and other governmental assistance, as many as 90% of independent music venues could be lost with a projected $9 billion in losses if ticket sales don’t resume before 2021. The Ticket Refund Tax Credit would sustain venues and promoters while they refund tickets for canceled shows.

“Our members told us months ago that if the shutdown lasted six months or longer and there wasn’t federal relief to hold them over, 90% of them would fold permanently,” Dayna Frank, president of NIVA and CEO of First Avenue Productions, said in a statement. “With no revenue and immense overhead, four months in, it’s already happening. The warning light is flashing red, and our only hope is for legislation like Save Our Stages Act or RESTART Act to be passed before Congress goes on August recess. Otherwise, most businesses in this industry will collapse.”