Chicago Soul/Blues Artist Devin B. Thompson to Release ‘Tales of the Soul’ 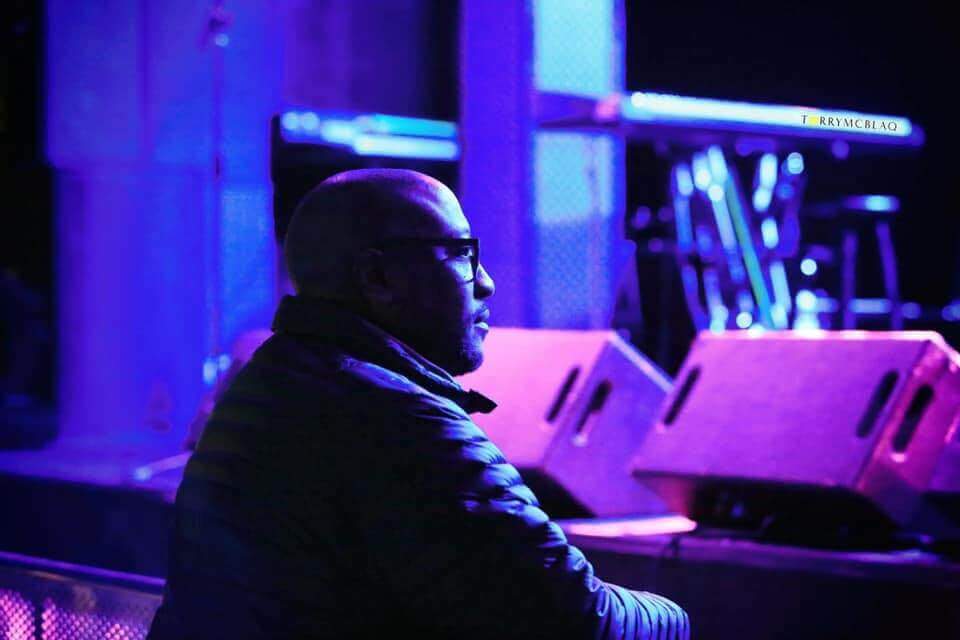 Soul music is a deep well, and the mercury-voiced Devin B. Thompson plumbs the form to its depths in Tales of the Soul, the Chicago-based singer-songwriter’s striking Severn Records bow, which arrives October 30, 2020. 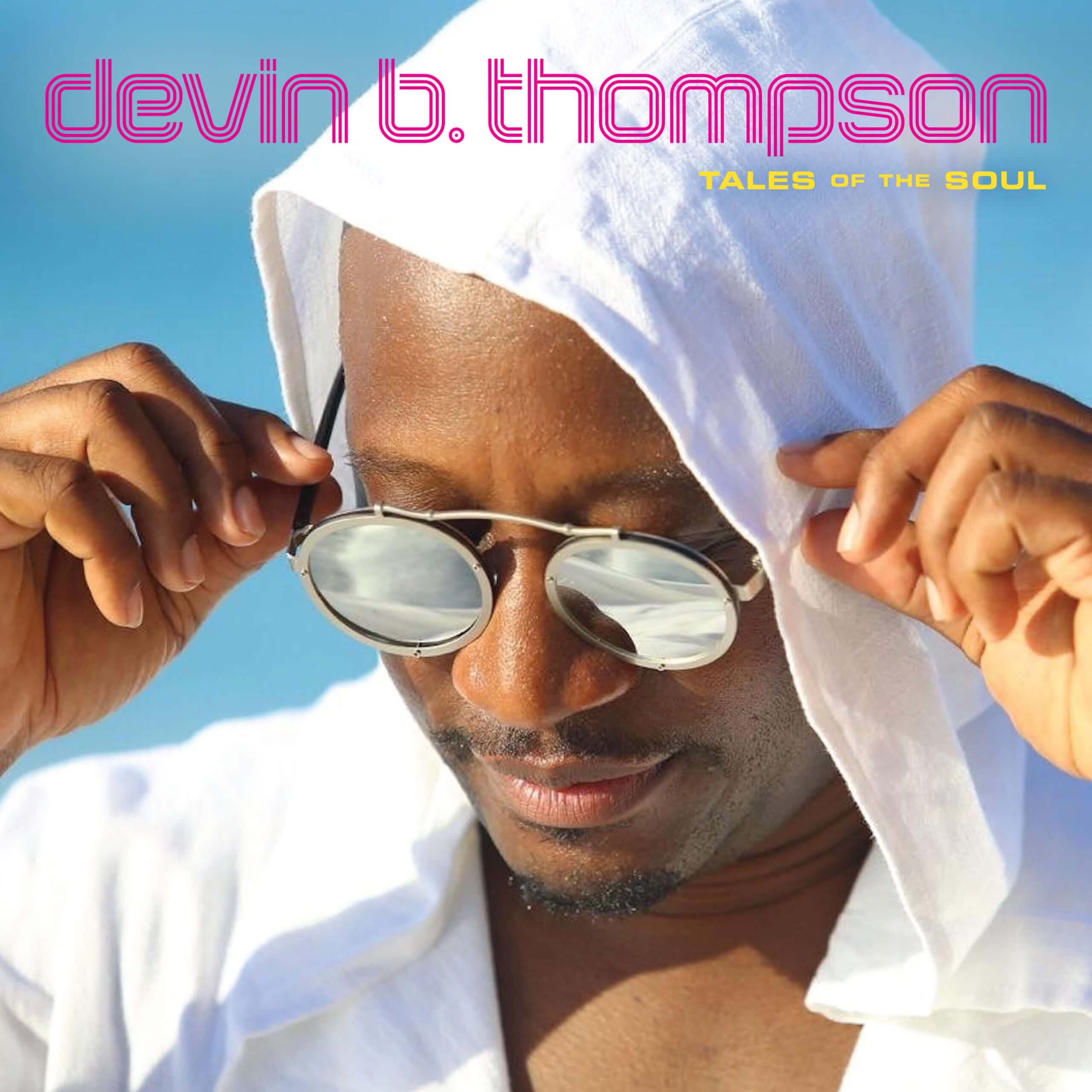 Tales of the Soul is the culmination of a musical career that began in Thompson’s early teens in the city of Joliet, just southwest of the Windy City. He was the product of a musical family, and, like many a soul great, he has a church background: His father was a choir singer whose voice attracted the attention of the famed producer Thom Bell, and his sister also led a choir.

“I was playing trumpet and singing background in my older brother’s band,” Thompson recalls. “We started getting paid to play in variety shows when I was 14 or 15 years old, in Joliet. We’d play at places like the Ebony Terrace, the Sheraton Hotel, lounges.”

He increasingly segued into singing as the group played shows around the Midwest. “Because I was a horn player,” he says, “at first I didn’t really look to vocalists as any kind of inspiration. I was looking at instrumentalists — Miles Davis, Jimi Hendrix, Johnny Guitar Watson. Those were the people I gravitated towards. Later on it was Marvin Gaye, Sam Cooke, the Staples, Donny Hathaway. Then I was introduced to the music of Joe Williams, the jazz singer, Frank Sinatra, Tony Bennett. I didn’t become interested in songwriting until I heard Prince, who became my favorite artist.”

Ultimately, the performer who would have the greatest impact on Thompson’s style and career was someone he knew personally.

“Willie Newsome was a huge influence,” he says. “I knew this man all my life. It’s a funny thing. I had a record player in my room, and I would go through all my dad’s old 45s. I threw one on and went, ‘Man, this is great. Who is this, Dad?’ The label said Frankie Newsome, and I didn’t know anybody named Frankie Newsome. He said, ‘Man, that’s Willie!’ He had a lot of records under different monikers — Little Willie Parker, Willie Parker, and Frankie Newsome.”

Thompson and Newsome eventually worked together in a Chicago-based society band, the Georgia Francis Orchestra. In 2015, some of Newsome’s highly prized singles for small Windy City labels attracted the attention of an English promoter, who featured him on a major Northern Soul festival in Manchester.

“This was one of my mentors,” Thompson says, “and I started trying to figure out how I could get this guy some more gigs, so I started phone calling some people, just to see what was going on. Tad Robinson, the singer, was on Severn Records, and he sent some of Willie’s old records to David Earl at Severn. David immediately said, ‘Is this guy still around? Is he alive? Where is he at? We’ve gotta have him.’”

Thompson accompanied Newsome to Maryland when sessions began for the older vocalist’s new album, and Earl was impressed. “Unbeknownst to me, they were saying, ‘We should try to work with him as well,’” he says. “And when we were leaving, they said to me, ‘Hey, man, we would like to work with you at some point, too.’”

Further work was scheduled on Newsome’s record, but completion of the project proved impossible, as he was stricken with cancer. (He ultimately succumbed to the disease in September 2019.) As fate would have it, Thompson ended up stepping in.

“Everything that they would normally do when they would cut a record was in place,” Thompson says. “So they asked me to come — not in his place — but they said, ‘Why don’t you come and do a record?’”

The sound and attack of what became Tales of the Soul was determined in the first days of sessions in Annapolis. Thompson remembers, “When I got to Maryland, we started listening to some records. David Earl asked me what I liked. He has incredible ears, so there wasn’t going to be too much of anything that I didn’t like. The first three songs are interpretations of other people’s tunes.”

The recording of the album’s leadoff tracks — Bobby Blue Bland’s “Love to See You Smile,” Little Milton’s “I’m Gonna Cry a River,” and Joe Simon’s “Something You Can Do Today” — set the deep soul template for the eight original numbers that fill out the record.

“We got into that pocket,” says Thompson, “and then I felt comfortable introducing some tunes that I already had. Some of them had to be reinvented, like ‘I Ain’t No Good.’ It was originally like a Beatles tune — I was trying to do a soulful Beatles tune. And David said, ‘We can’t do that — let’s try this.’”

The brilliant veteran Ford stepped in to light a fire under “I’m Gonna Cry a River” and “Read Your Mind.” Thompson says with a chuckle, “Every time I tell guitar players, ‘Yeah, Robben Ford’s on my album,’ they say, ‘What?’ They freak out.”

Tales of the Soul is bursting with tunes that offer a vital new take on the music’s ballad and dance traditions. But its most striking track, and certainly its most prescient, is the set-closing “Tell Me.” A pointed meditation on race in the style of Curtis Mayfield’s “We People Who Are Darker Than Blue” and Syl Johnson’s “Is It Because I’m Black,” it was written long before demonstrations began to roil the nation this summer.

“It’s just about the experience of being a Black man in America,” says Thompson. “The first thing I started with was, ‘Tell me what it is about my skin that you don’t like.’ It’s a real question — people who claim white supremacy can’t tell me why they don’t like me. But then it became a lot more real when Colin Kaepernick was going through some of the things that he was going through. The song is about challenging people to have empathy. In America, people seem to lack the ability to walk in someone else’s shoes.”

Though it was created half a continent away from his Midwestern stomping grounds, Devin B. Thompson’s Severn debut proved a surprising and rewarding experience for the musician, as it will for listeners.

“I feel great about Tales of the Soul,” he says. “I am totally pleased with it. Sometimes God takes you out of your comfort zone, so then He can actually use you better. You need to get away from everything that you know, and all the trappings of home, so that you can be free and allow the process to work. It worked, and it came out like it was supposed to.”

‘Love to See you Smile’ was a song chosen by Davis Earl (co-producer on the album). I believe he wanted to ease me in as this was the first song we recorded. I was happy to sing this song because I love Bobby Bland! I hope in heaven he’s proud. – Devin B. Thompson