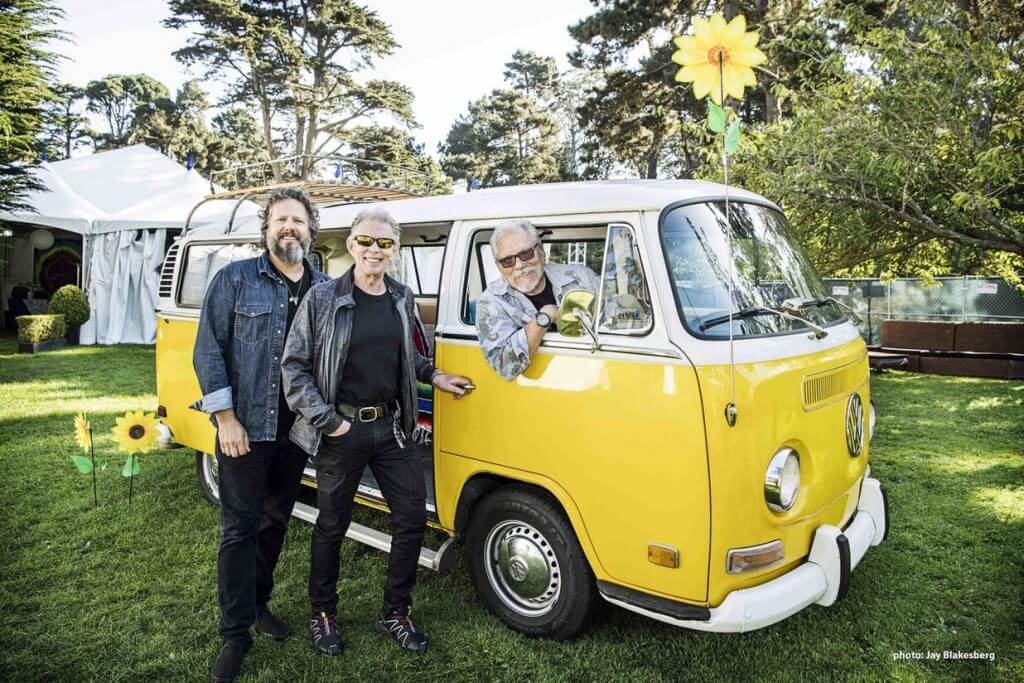 It’s simply electric – Quarantine Vault Concert #2! This Saturday, September 26 at 8 p.m. ET the Fur Peace Ranch Guitar Camp digs deep into their vault where treasures are stored and will stream for free the Electric Hot Tuna concert which was filmed March 24, 2018. Go to the Fur Peace Ranch YouTube Channel to subscribe and receive up to date notifications.

Members of the Rock & Roll Hall of Fame and Grammy recipients Jorma Kaukonen and Jack Casady, were at the forefront of popular rock and roll, founders of the San Francisco sound and progenitors of psychedelic rock. For over 50 years they have continued to play original music as Hot Tuna. The dynamics of their music feels alive in the present and alive on a continuum, from the moment the music percolates in their minds to the time it explodes into the theatre.

When acoustic, the duo seems to speak a language of their own at once both intimate and forthright. When joined by the three-time Grammy winner, drummer Justin Guip, Electric Hot Tuna is a major force. Imagine something bigger and and more dynamic than the obvious, Hot Tuna in concert filmed at the Fur Peace Station Concert Hall!

Here is the first episode of the Vault series to hold you over.