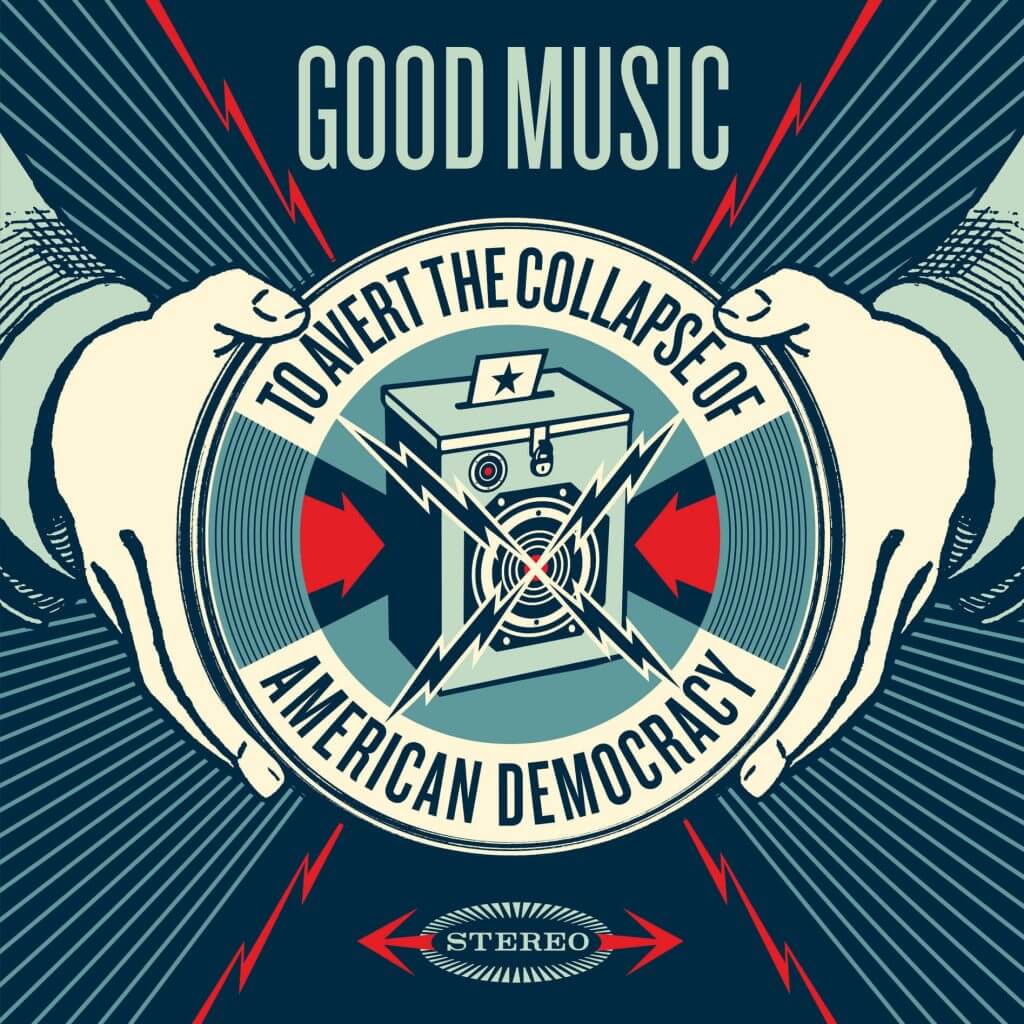 Forty artists have contributed forty tracks to Good Music to Avert the Collapse of American Democracy, a compilation of previously unreleased recordings. Among the artists are R.E.M., Jeff Tweedy, Thurston Moore, The Decemberists, Preservation Jazz Hall Band, Death Cab for Cutie, and many others. The collection will be available exclusively for 24 hours only via Bandcamp this Friday, September 4th as part of their Bandcamp Fridays initiative.

100% of the net proceeds from the album’s sales will go to Fair Fight, a voters rights organization that promotes fair elections around the country through voter education, election reform, and combating voter suppression.

The comp features never-before-heard new songs, covers, remixes, live versions, and unreleased demos from incredible artists across many genres. Good Music To Avert The Collapse Of American Democracy is a miscellany of conscientious artists who want the message of voting rights and election reform to thrive this fall. The track list with full details is below. 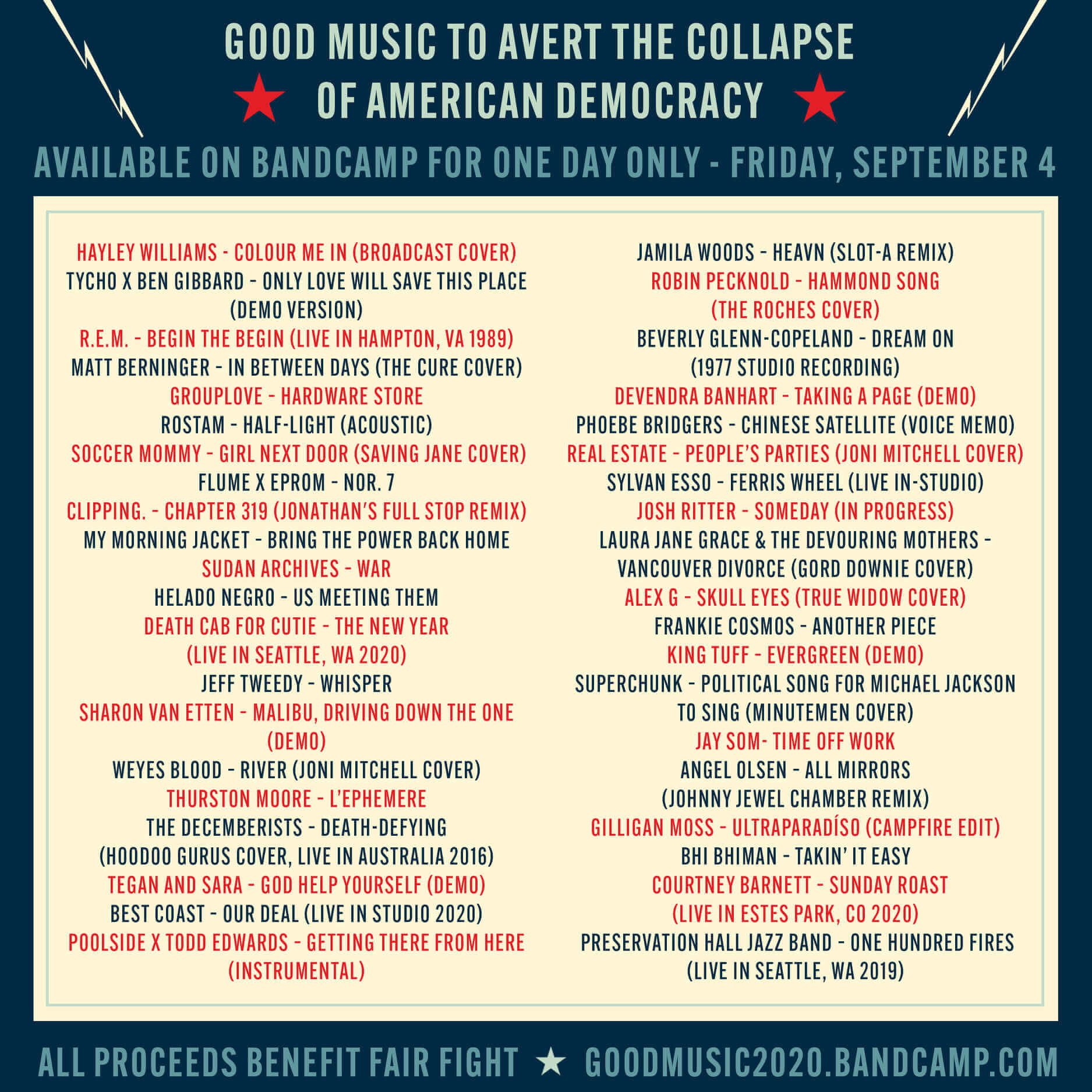 Good Music To Avert The Collapse Of American Democracy was executive produced by author Dave Eggers, along with artist managers Jordan Kurland and Darius Zelkha(Brilliant Corners Artist Management), Christian Stavros (Little Operation Management), and Barsuk Records label head Josh Rosenfeld.  This is the fourth fund-raising project around a presidential election spearheaded by Eggers and Kurland; their other initiatives have included the much-loved projects 30 Songs, 30 Days (2016), 90 Days, 90 Reasons(2012), and The Future Dictionary of America (2004).

Says Eggers, “It’s going to come down to bringing out and protecting the vote this fall, so the work Fair Fight does is crucial. Jordan and I figured a painless way to raise some money would be to ask musicians to donate unreleased tracks, people pay a few bucks for them, and maybe we can edge toward a functioning democracy again.”

Kurland agrees, saying, “As in our previous election-based projects, Dave and I were looking for a relatively simple platform for artists to get involved in the political process.  Seeing how impactful Bandcamp Fridays have become, we felt  this was the perfect way to create urgency by releasing new music from a collection of amazing artists for a very short window of time.”

The compilation’s cover art was created by acclaimed artist Shepard Fairey, who created both the iconic Obama Hope and Tom Petty: An American Treasure posters. A limited edition signed poster of the artwork will also be sold on Friday via Bandcamp, with net proceeds going to to the nation’s largest online racial justice organization, Color of Change.