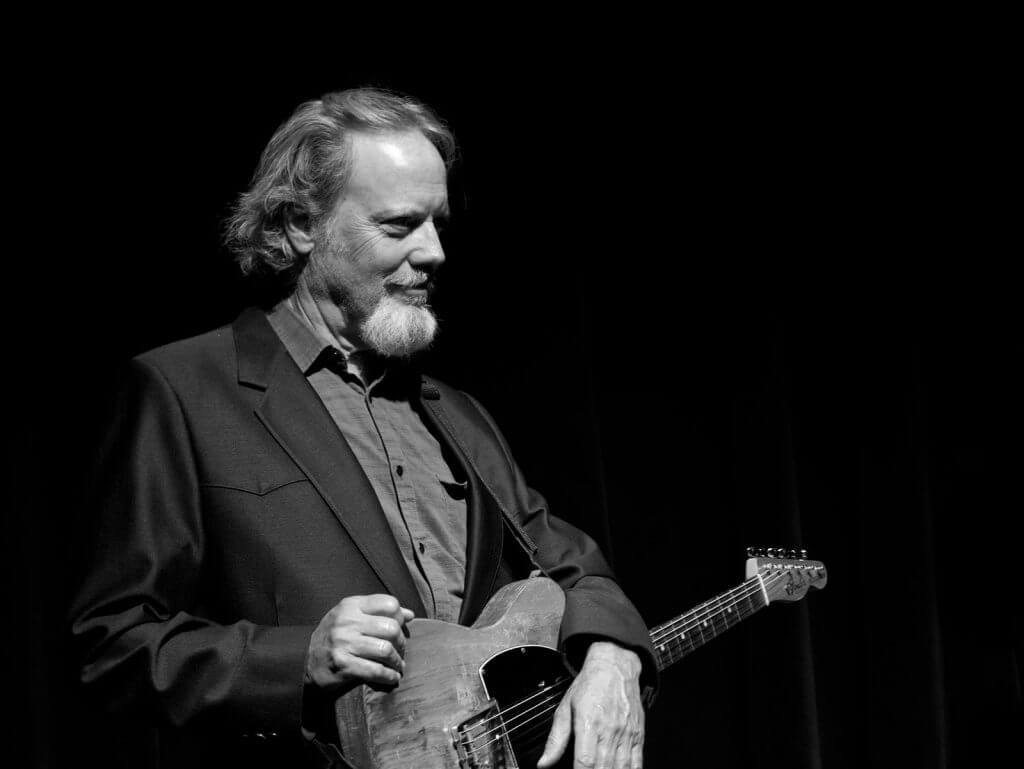 If Rick Shea’s new record Love & Desperation had a motto, it would likely be, “Necessity is the mother of invention.” The Southern California Americana artist’s 12th album — due from Anaheim, CA-based Tres Pescadores Records on Oct. 23rd as a physical and digital release — is the product of unique recordings sessions that were the product of the unique challenges facing musicians in the year 2020. 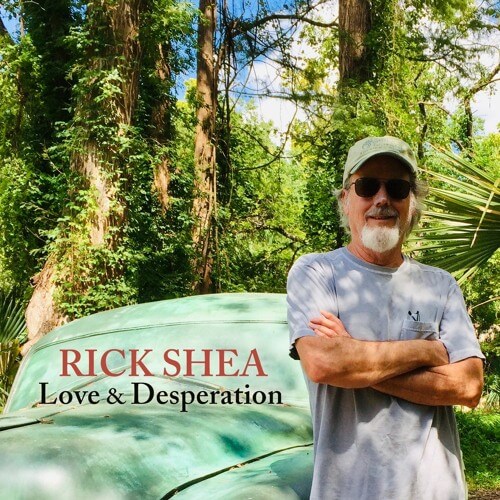 Singer-songwriter-guitarist Shea is of course no stranger to the studio. In addition to the work he had produced under his own name, he has compiled a formidable résumé that dates back to the ‘80s. His instrumental and vocal talents have been employed in the late Chris Gaffney’s Cold Hard Facts and Dave Alvin’s Guilty Men, and he has worked with singer-songwriter Katy Moffatt and rockabilly legend Wanda Jackson.

He began sessions for a new record in the spring of 2019 at his home studio Casa de Calora in Covina, employing top-flight talent such as drummer Shawn Nourse (Dwight Yoakam, I See Hawks in L.A.) bassist Jeff Turmes (Mavis Staples), and his longtime collaborator Dave Hall. Work had progressed when the coronavirus pandemic brought the country to a standstill in early 2020. So Shea and his collaborators went the digital route, in their own backyards.

Thus, Nourse ended up cutting new drum parts at his own home studio Nourse by Northwest; accordionist/organist Phil Parlapiano of Dead Rock West tracked at his Electricdog Studio; Skip Edwards, best known as Dwight Yoakam’s longtime keyboardist, worked at his Studio 401; and accordionist David Jackson laid down his parts at (where else) StudioDave.  Shea says, “The natural sound of this record is a testament to how good these guys are. I think they did just a wonderful job.” But he admits that the old ways are still preferable: “More and more, it’s easier to move in this direction. But it’s hard to beat getting a group of guys into a room together.”

Kicking off with “Blues Stop Knockin’ at My Door,” a rockabilly number by swamp rocker Al Ferrier that was covered by bluesman Lazy Lester, Love & Desperation deploys every imaginable roots style, ranging from country and folk to Norteño and Cajun two-steps. But the blues dominates much of the proceedings this time around.

“I got a lot of my musical education, for better or worse, in the bars and honky tonks in San Bernardino where I grew up, and ‘Blues at Midnight’ is a pretty good reflection of that. ‘(Down at the Bar at) Gypsy Sally’s’ borrows its title from Townes Van Zandt’s song ‘Tecumseh Valley.’ The scene is what I imagined some nights in some of the places I played and having some fun with it. It’s about the characters I looked at in those joints for years. That was their life – hanging out in bars, and having their little scene, their little hustle going.

“That’s kind of the way the album progressed,” Shea says, “and it’s also the product of these times that we’re living in. To me, blues is what popular music is based on, or at least the popular music that I pay attention to, artistically speaking. In the words of the great Townes Van Zandt ‘there’s two kinds of music, the blues and everything else is just Zippity Do Dah.’”

Some of the songs have a definite autobiographical bent, the musician says: “‘Love & Desperation’ is a bit of family history, dramatized for folk song effect –my folks were not great at being parents, but I was kind of a wild kid, so I never held it against them. ‘Juanita’ takes its title from the name of my wife Susie’s mom; the song is how I imagined it might have been between her and her husband Johnny, Susie’s dad, when they were just dating.”

Regarding the sweetly romantic “A Tenderhearted Love,” Shea says, “I owed my wife a love song. Being married to a musician is not always easy.”

Recorded as it was amid the tumult of an extraordinary year, Love & Desperation features a pair of songs with suitably apocalyptic lyrics. Shea describes “Big Rain is Comin’ Mama” as “a nice country two-step about impending doom.” He says of “The World’s Gone Crazy,” “Things have been upside down for a while now. I wrote this after watching a particularly harrowing episode of The Rachel Maddow Show.”

The collection also includes “She Sang of the Earth,” a ballad collaboration with Kim Ringer, daughter of the late, respected singer-songwriter Jim Ringer; the cautionary tale “Nashville Blues”; the instrumental “Mystic Canyon,” which shows off Shea’s guitar chops; and the album-closing noir narrative “Texas Lawyer.”

Shea says of the latter number, which was inspired by the work of hardboiled novelist Elmore Leonard, “This is the third time the song has appeared on a record. It was on my very first CD, and I released a live solo version as well. I’m very attached to the first version because Chris Gaffney sings and plays accordion on it, but I didn’t feel the rest of it did the song justice.”

Looking back on the challenging experience of making Love & Desperation and the long road of his career, Shea says, “Every album feels like sort of milestone or a marker for where you are at that time, musically and in life in general. I feel very fortunate to have been able to play music for most of my life, I am beginning to think of things I’d like to be remembered for, and this album would be one of them.”

We’re excited to bring you the world premiere of the opening track, “Blues Stop Knockin’ at My Door.”

I first heard ‘Blues Stop Knockin’ At My Door’ from Lazy Lester and I think I love his version maybe as much as the original by Al Ferrier, both great artists from the southern Louisiana area. I’ve been to New Orleans a number of times but my trips the last few years have been my favorites. I’ve been able to stay a few days, playing some shows of my own and sitting in with my friends The Iguanas. I’m still trying to get a grasp on the deep rich musical history there; it feels like it might take another lifetime. – Rick Shea