The 27 Club: Musicians Who Died Too Soon 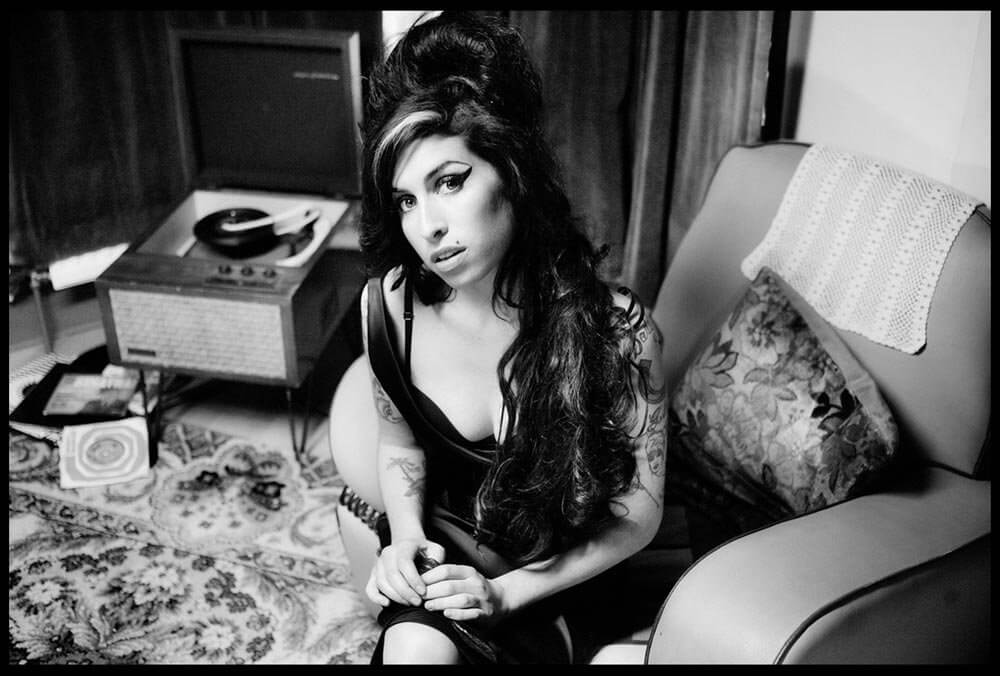 After the death of Amy Winehouse at age 27, articles and inferences about the 27 club have inevitably arisen. Winehouse, after all, was a world famous jazz-infused singer, and drew comparisons to Etta James and other powerful female vocalists. An unsettling number of greats have passed, often under mysterious circumstances, at the age of 27.

Eric Clapton was the first to use the phrase “27 club,” mentioning that, because of drugs, alcohol, and self-destructive behavior, he narrowly avoided becoming a member. While time will tell if the talented young soul singer’s legacy stands as tall as many other members of the macabre society, there is no denying the coincidental and often eerie link between the age of twenty seven and the fall of many greats. The unfortunate club, whose membership requirements include death, has strong, undeniable ties to the blues, beginning with the hotly debated demise of its “founding member”, the ghost-like bluesman Robert Johnson.

The legend of a death at 27 began, fittingly enough, with Robert Johnson — a man whose life spawned many supernatural legends. Much of what is known about Johnson, aside from recording 29 of the most influential songs of the 20th century, is unknown. However, a long persistent legend has Johnson as the subject of a Faustian deal, selling his soul to the devil at a rural country crossroads in exchange for the ability to play blues better than anyone alive.

By various accounts, the blues hero was said to have a deep love for alcohol and women, and had his fill of both. After a night playing in a juke joint in Greenwood, Mississippi, Johnson allegedly died under mysterious, still unsolved circumstances at the young age of 27. There has been a widely accepted but contested theory that the musical legend was poisoned by a jealous husband and spent days dying.

With likely all eyewitnesses dead, and nearly no recorded documents, it will almost certainly never be known what happened to Johnson that fateful night. Some say the devil came to collect. Johnson’s folk legend tale is a story well-known to blues enthusiasts, as is the link between the many greats who were strongly influenced by him — and then died in similar veins at 27.

Brian Jones was a founding member of the Rolling Stones, and often cited as contributing a major portion of the defining sound of the early Stones through his creative use of various instruments.

Jones was a fanatical student of Robert Johnson’s recordings and tried hard to keep the band firmly planted in the blues. Jones’ increasingly erratic behavior estranged him from his bandmates and lead to his being ejected from the Stones at the height of their popularity. Very shortly afterwards, Jones was found dead at the bottom of his swimming pool. Rumors persisted and books were written about Jones’ alleged murder or mysterious death, and little is known about the actual events leading to Jones’ passing.

Perhaps the most famous death at age 27 was the mighty Jimi Hendrix. As a young man, Hendrix listened to records of his fathers’ from a number of blues greats, which made a strong impact on him throughout his life. He forged an early musical career on the Chitlin’ Circuit, backing blues and soul acts before setting out on his own. Much of Hendrix’s music was firmly blues, and he can easily be seen as one of the greatest links between blues and rock.

In mid-September 1970, Hendrix was found dead at an apartment in London. The woman he had been seeing made a number of conflicting statements in the months and years after his death, and later committed suicide. The doctor who had attended to Jimi made several likely false claims about Jimi’s death, and was later stripped of his medical license for making unrelated but similar statements. In the time after his death, books have been published and accusations of Jimi’s murder have arisen, though the true story likely died with his former girlfriend.

Less than 30 days after the death of Hendrix, another blues-rock great of the sixties was found dead under unknown circumstances at the age of 27. Janis Joplin, one of the most celebrated female artists of the hippie era, was somewhat of an outcast in her younger life, and found comfort in the strong blueswomen of the ’20s, ’30s, and ’40s. While she had a long and well-known debilitating drug addiction, she managed to create a strong repertoire of blues-based music, including a number of traditional blues covers. On the morning of October 9th, Joplin was found dead and alone in a hotel room, presumably of a heroin overdose.

Jim Morrison and his band, The Doors, were psychedelic rock that used the heavy percussion and drone of the blues to great effect. Morrison was known as an “American Poet” for his lyrics, fronting The Doors with wild performances and years of self-destructive behavior. While visiting Paris, he was found dead. As with so many others, the circumstances surrounding his death will likely forever remain a mystery. Cover-ups, contradicting reports, the unrelated death of witnesses, and hushed stories of murder surround the demise of the great artist. He passed less than a year after Joplin.

Kurt Cobain will forever stand as the torch of grunge and the disdain of a young generation. His iconic music has been widely influential, his self-destructive behavior notorious, and his death shrouded in conspiracy and mystery. Cobain, like Joplin, was drawn to the music of Leadbelly, often citing the blues and folk musician as his favorite artist. Before his Death, Cobain has expressed his intent to create an album of Lead Belly covers. It was never to be, though.

In early April, Kurt disappeared, and several days later was found dead by a shotgun wound to the head. In the aftermath of his death, extremely strong opinions have been widely voiced, with books and documentaries touting accusations of murder and cover-ups. The evidence and facts surrounding Cobain’s death have become so muddy and speculated upon that the true circumstances around his death will likely never be known.

While the most popular artists are often the ones the most adamantly discussed and cited, a number of other musicians of varying degrees of popularity can be found on the list. The combined content that these amazing “club members” created has left one of the most influential impacts in musical history. And their legends and deaths have remained nearly as much a discussed part of their legacy and the music that they created. While it is easy to speculate on what these artists may have created if they weren’t subjected to an early passing, the music they did create will continue to be played and leave a lasting impression on generations to come.